As we approach the end of bye weeks, it is time to begin preparing your team for the playoffs. It is during bye weeks and injuries that league size and roster size matter. 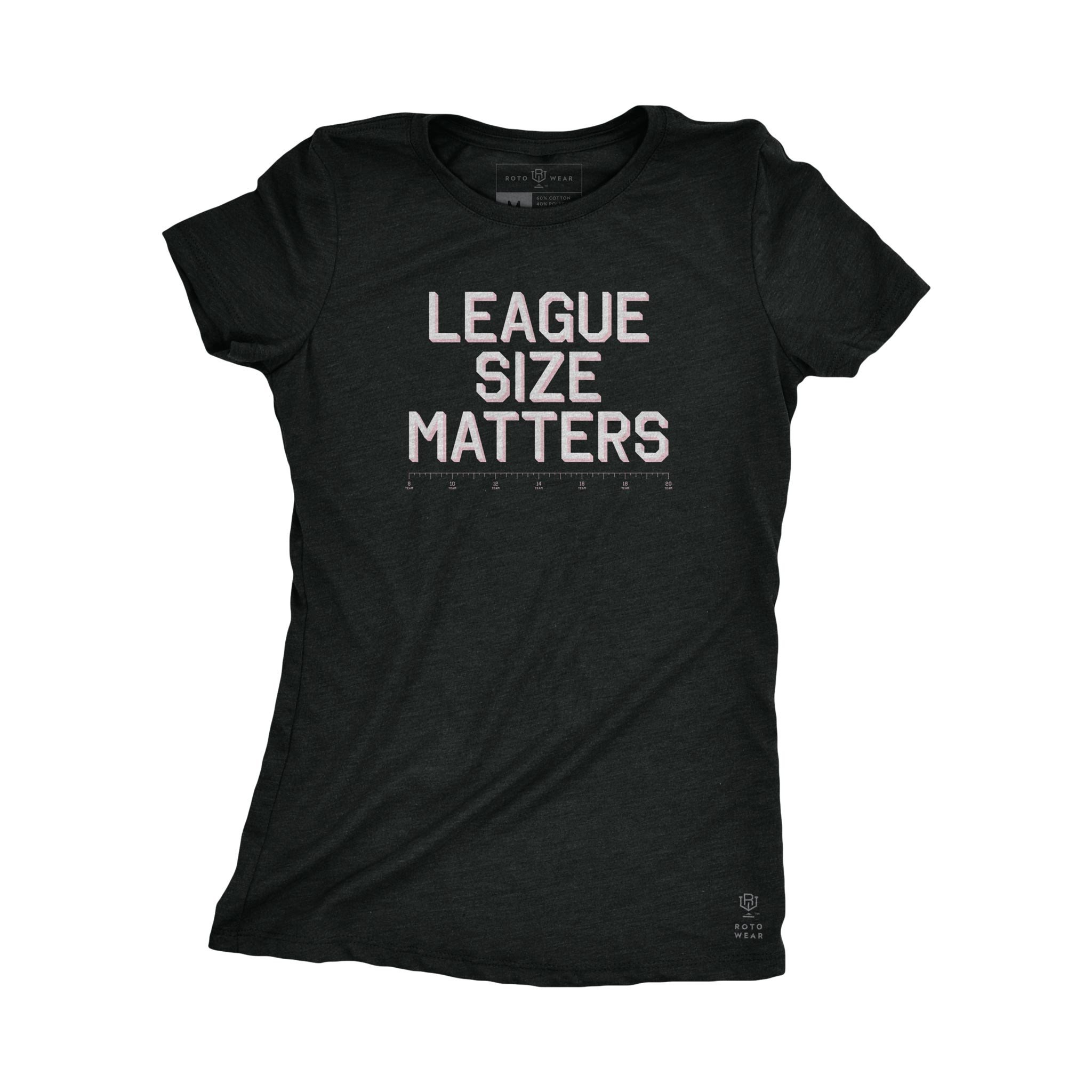 If you’re in shallow leagues with shallow benches, you likely are streaming these options each week and the tough decision is who to drop from your strong roster. In deeper leagues, you may not like your streaming options as it is likely the absolute bottom of the barrel.

I bring up the playoffs because it is during this time, in these last couple of bye weeks and the last few weeks of the fantasy football regular season, that you can set your team up for the playoffs. If your league still uses defenses, it can be worthwhile to look ahead at match-ups and see what defenses can be streamed in tandem to cover you for the rest of the season. Same with quarterbacks. If you’ve been streaming QBs all year, it may be time to find 2 that you can swap in and out given their match-ups the rest of the season.

Since their bye week, the Titans offense has become more lively with more work for both Dion Lewis and Corey Davis as the Titans have put up 28 against the Cowboys and 34 versus the Patriots. The change also coincides with the potential re-emergence of Mariota as a fantasy football starter. In the last 3 weeks, he has put up 18, 27, and 24 points respectively. He has put a nice base in his stats as well with some running as he has more than 30 yards rushing in 2 of the last 3 games with 19 carries over those contests.

While the Colts defense has improved from the complete dumpster fire that it has been the last couple of seasons, it is still not a strength of the team and is a good match-up for Marcus. The Colts defense is allowing the 12th most yards and points on the season They are also allowing the 12th most passing yards with single digit interceptions and the 7th fewest sacks. They are also allowing the 8th most net yards per attempt, so, the Colts may be improved, but it’s still not good.

Dak still doesn’t make reads effectively or have pinpoint accuracy, and he takes way too many sacks despite having a strong offensive line, but he’s been solid as a fantasy QB this season, and could be a streaming option for you this week. Over the last 6 games, Dak has scored over 15 points in each of them and has scored over 20 in 4 of those. He has between 240 and 275 passing yards in the last 3 games with a rushing touchdown in 3 of the last 4.

While Dak has improved in recent weeks, the Falcons defense took a big step back when they let the Browns put up 28 points after looking like an improving unit the couple of weeks prior. With that said, it’s back to being a dream match-up for the opposing team. The Falcons are giving up the 6th most passing yards and are tied for the 3rd most passing TDs allowed making them the 4th worst defense vs QBs on the season. If that wasn’t enough, they also aren’t getting much pressure on the QB as they are tied for the 4th fewest sacks on the season, which should allow Dak some more comfort back in the pocket.

It was a rough week 10 for the Bengals offense as a whole, but I expect them to come out and play hard against one of their biggest rivals (we ain’t got none). C.J. hasn’t been putting up big fantasy numbers, but he’s been consistently involved in the offense since the losses of Eifert and Kroft. Uzomah has 4 or more targets in 3 of the last 4 games and was 2nd in targets this week sans A.J. Green. He is getting almost every tight end snap for the Bengals.

While the Ravens haven’t been a favorable match-up for the TE this season, history of this game says otherwise. Over the last 5 games between the Bengals and Ravens, the tight end has scored a touchdown in 3 of them. In one of the other 2 games, the Bengals didn’t have a single receiving touchdown, and in the first game this season, A.J. Green scored 3 touchdowns. While it sounds like A.J. has an outside shot at playing, I wouldn’t expect him to be near full strength and still expect an uptick in Uzomah’s targets. In that first match-up this season, Uzomah had 3 receptions for 45 yards and that was with Eifert and Kroft in the lineup.

While the Ravens have kept their fantasy points allowed to tight ends fairly low, that seems to be a function of them keeping TEs out of the end zone and not facing too many top level TEs. The best they have faced this season are Njoku and Olsen. Outside of those 2, they did face these Bengals and the Steelers TEs, but neither are extraordinary. While the Ravens have only allowed 2 TDs to the position in 2018, they are allowing a fair amount of yards and receptions as they are allowing the 10th most of each to tight ends. Uzomah may not give you a big week, but I think the target share is going to be decent and history says he has a decent chance of nabbing a TD.

I did some film review on Jonnu Smith and he’s not overly impressive. Has some decent athleticism, but is very raw in terms of his route running and receiving abilities. However, he is pretty much the only show in town in Tennessee among receiving tight ends as he leads the team in targets. He’s had 8 targets over his last 3 games, which isn’t great, but if you’re looking at the bottom of the wire, it’s not bad. Toss in that he has back to back double digit scoring weeks from a fantasy aspect and it’s not a bad look. He is still splitting some time for the Titans at tight end, but more to the blocking side of things, and he is still getting about ⅔ of the snaps.

As I mentioned with Mariota, the Titans offense has recently found something that works and has looked much improved post-bye week. This week they get a favorable match-up for the offense as the Colts come into town. I gave you the Colts general defense and passing stats above, but they have been below average defending the tight end of the season as well. They are allowing the 13th most fantasy points to the position, and are allowing the 5th most passing yards to the tight end position.

While I usually try to find the best match-up for streaming defenses, I admit this is not a good match-up as the Colts offense has been fairly strong on the season, but this is a bet on the titans defense being much better than people gave them credit for, at least until they shut up the Pats in week 10. The Titans defense has been one of my favorites to recommend for streaming, and maybe with that game, you finally understand why.

Stop me if you heard this on the broadcast last week, the Titans defense has allowed the fewest points of any team in 2018. The defense has only allowed 20 or more points 4 times this season and has yet to allow any team to score 30 points on them. They are currently allowing the 5th fewest yards on the season. The Titans are currently 12th in fantasy points among all defense/special teams.

There is some risk given the match-up, but I don’t mind rolling the Titans strong defense out there for me. After this week vs the Colts and next week vs the Texans, the Titans schedule gets much easier and could be a streaming defense to hold on to for your playoffs.

The Cardinals defense has been a fairly decent unit this season, but the ineptitude of the offense has put them in some awful positions. While I don’t necessarily see the offense taking a big step forward, I’m not sure they have to this week against a Raiders team that seems to have given up on this season.

Despite some of the offensive miscues that lead to poor field position, the Cardinals are allowing the 15th fewest points on the season and the 17th fewest yards. Regardless of the low ownership percentage, they are the 16th best fantasy defense according to standard Fantrax scoring.

As I mentioned, they are also taking on the self-depleted Raiders team. Even when you factor in the “better” part of the season, they still have the 3rd fewest points among all teams. They have gained some yardage as they are up at the 12th fewest for yardage gained. Touchdowns have been a problem as they show up with the 4th fewest passing TDs and the 3rd fewest rushing TDs.

The Raiders have only scored 20 or more three times on the season, and over the last couple weeks without Amari, they have put up 6 and 3 points respectively. Both of these teams are at the bottom of the barrel, but I trust the Cardinals defense to be a solid option for streaming this week.