Our football editor, you know him as MB, would recommend a team full of Ryan Fitzpatricks to stream at every position. He made him the lead of his week 1 recap article and has changed his photo on every social media feed to Fitzmagic. I mean his current Twitter name is HarvardQBGawd. He is all in on the Fitz experience, which should serve as a reminder to reign in your overreactions from week 1.

Fitzy had a great week 1, but he also played the Saints who couldn’t cover rock with paper. We’ve seen him have big games before, but let us not forget that he also has a game of 20/44 with 6 interceptions and 0 TDs in his game log. Fitzpatrick takes on the Eagles defense that still looks completely legit, and I’d be a little concerned about a roadrunner/cliff situation coming that reminds us why Jameis is coming back to his job as soon as he’s eligible.

Last week he had 8 rushes for 77 yards and a touchdown, and for as long as he’s the starting QB in Cleveland, I think the rushing will be enough to keep him fantasy relevant. Plus, he’s playing the Saints who I already talked about off the top regarding their defensive…let’s say inefficiencies (to put it nicely). I can imagine Henry Winkler looking at this defense. 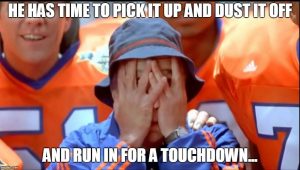 Nick Foles – 21%
I get it, Foles has looked, and been, bad all preseason and now into week 1. However, when you’re looking into the streaming game, sometimes you have to take your chances. What we saw from the Eagles in the 2nd half last week was a more conservative offense that allowed Ajayi to be the foundation.

I expect this trend to continue this week, and the Eagles have said about as much. With this adjustment, I believe this takes the focus off Foles. Rather than running spread and 3 or 4 WR shotgun formats, he will work in shorter passing areas and off play action more. This should allow him more open looks at his receivers. I don’t think Foles is going to have a crazy week, but I think it’s a safe start from a streaming QB against a possibly improving, but still pretty questionable LB core and secondary for the Bucs.

Benjamin Watson – 44% owned
Drew Brees has always spread the ball around and taking anyone other than the WR1 in that offense can be a bit of a crap shoot, but the TE has been a consistent threat in the Saints attack. Now, Ben Watson is no Jimmy Graham in his prime, but Watson still knows where to be on the field, can block fairly well, and is the primary TE in this offense (he got 51 offensive snaps to 24 for Josh Hill). Plus, the Saints get to go up against the Browns who gave up 60 yards to terrible Jesse James. Yes, I know I recommended him for you last week.

I want to remind you that Watson finished 14th among TEs last year in non-PPR leagues and only had 2 weeks of 0 points. Of course, the other side of that coin is that he only had 1 week over 10 points. This is not your hail Mary, full of…. Nope sorry wrong thought process. This is not gameday right before my RBs step on the field and I pray for their health. But back to Watson, he’s safe, but unexciting.

Will Dissly – 11% (up 9.8% this week)
I’m going to start by telling you that I want to think that this is not an overreaction from week 1. When we profiled rookie TEs for the rookie podcasts, we didn’t even include Dissly as he was touted as a great blocker, but not much more. After reviewing week 1 and looking at some of his senior year tape (he only had 21 receptions his senior year and 4 his junior year), I think there is potential for more than just a blocker.

In some situations, being a good blocker would mean losing opportunities. Given that the Seahawks are thin at TE to begin with, I think it means that he won’t be coming off the field as he can do everything for them and nobody pushing him for blocking or receiving duties from the tight end spot.

In the passing game, there’s not much to go on for film review. What I see is that he’s a pretty raw offensive weapon from a route running perspective, but one with a decent amount of athleticism and good instincts in the open field. Most TEs in the open field are stiff and unable to move laterally, but Dissly shows some nice ability to dodge tacklers and continue gaining yards. This is not an ideal matchup as the Bears have the ability to cover tight ends. However, the Seahawks are going to have to find a new plan of attack with Doug Baldwin on the shelf and I think Dissly is going to be part of that plan.

All of the standard offenses that you would look to stream against that we expected to be poor coming into the season and showed up as such are likely already owned in your league.

Tennessee – 31%
You’re the only Ten I See. No, the Titans defense is not that sexy. The 27 points last week against the Dolphins does not look good, but remember that includes a pick 6, so, 20 points sounds a little better. Also, that it was 10 to 3 going into the 4th quarter. I don’t think it’s a top-level defense, but they’re closer to middle of the road than bottom of the pack.

They’re going up against the Texans whose offensive bubble has popped faster than a booty at a twerk off. People freaking out because DeAndre Hopkins didn’t have at least 50 points in the first week, but I do think the concerns on Deshaun Watson may be real.

If you listen to the podcast, you know that I warned about the injury and some general concerns about his throwing accuracy and ability to make the correct reads. I’m not writing him off after week 1, but I do think we’re talking homemade pasta and not instant ramen, as in it’s going to be a process. If that wasn’t enough, they have one of the worst lines in football, which was on display again in week 1.

Tampa Bay – 12%
When we’re looking this deep, there’s no perfect defense to be throwing out there. Tampa Bay’s defense last year was horrendous, and they just got done playing in a shootout against the Saints. Well, the Eagles under Foles did not resemble the offense we saw last season, and certainly not anything like we saw from the Saints last week.

Side note: Don’t forget the extra 80-yard TD for Michael Thomas that the refs cost him. I promise I’m not bitter about it after bringing it up on the podcast and now the streaming article.

The Bucs still have Gerald McCoy, Lavonte David, and added a couple of pieces in Jason Pierre-Paul, Vinny Curry, and a couple new defensive tackles. The secondary did not hold up last season, but the Bucs did not get much of a pass rush either and even the best back end of the defense can only do so much. Like if Bob Ross’s face was on Nicki, the whole package would be horrendous.

As I mentioned above in the Foles recommendation, I expect the Eagles to take a more conservative approach in this game and use Ajayi to establish themselves. It is likely they are still sans Alshon for this game and the only other outside weapon is Nelson Agholor at the moment. I can see a big Ajayi and Ertz game while counting on their defense to keep the almighty Ryan Fitzmagic from casting his spell. 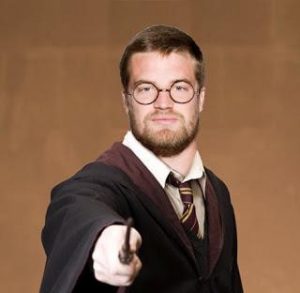