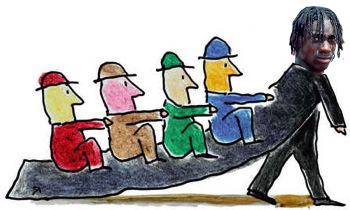 I don’t like to brag, but this lineup I’m about to present scored me 209.9 points last week. In the Razzball Writer’s League, which is obviously the best league in the RCL, the highest score was 152 points. The team with the most points on the season has 631.08 points in five weeks. Hopefully that puts a 209.9 point week into perspective. The best part about this lineup is that not one of these players is owned in more than fifty percent of leagues. That means you likely could have dropped your entire team last week and picked up this squad and CRUSHED your opponent’s hopes and dreams. I certainly am not recommending dropping your whole team, but the purpose of this weekly post is to show you that there is plenty of weekly potential sitting on your waiver wire…

Marcus Mariota – How does a QB with just 163 yards passing make this list? Here’s how. He throws for three touchdowns, no interceptions and then runs the ball for 60 yards and a score. Mariota scored more fantasy points than Tom Brady. How dare he! Listen, Marcus hasn’t thrown for more than 271 yards in a game, he has only 7 touchdowns (including 3 last weekend against the Dolphins) and 5 interceptions. I think I’ll look elsewhere for a backup quarterback.

Cameron Artis-Payne – Cameron brought the pain on MNF, rushing 18 times for 85 yards and 2 touchdowns. I’m still not sold. With Cam Newton not playing, I think this gave him more rushing opportunities. With Cam back in there, I expect less. And let’s not forget about Jonathan Stewart who might be in line to return this week.

Matt Asiata – Last week I picked Asiata to earn this honor and it looks like I hit the nail right on the head. If I remember correctly I think I even had a commenter question this prediction. The key to remember here is that this post utilizes players that are unowned in the vast majority of leagues. Once in a while I will pick a player with 60 or so percent ownership, but that’s only when I believe said player should be owned in many more leagues. Asiata had over 100 yards from scrimmage and scored a touchdown. And that’s the problem right there. His fantasy relevance is entirely dependent upon finding the end zone. That’s too volatile for my tastes.

Sammie Coates – Ladies and gentlemen, we have another winner. Along with Asiata, I predicted Coates to appear in this week’s lineup. It feels good to be right every once in a while. Especially twice! Sammie outperformed, at least from a fantasy perspective, every other wide receiver in the league by scoring 28.9 points. Catching 6 of 11 targets for 139 yards and 2 scores, he saw as many targets as Antonio Brown. Has Big Ben found a reliable number two? While I was a bit concerned over some of the dropped balls, I certainly think Coates needs to be owned.

Brandon LaFell – Now here’s a name I haven’t heard in a long time. LaFell had 8 receptions for 68 yards for a whopping 8.5 yards per catch. If I’m being honest that kinda sucks. Unless you’re in a PPR league and those points per reception add up. Did I mention he also caught two touchdown passes? You can see why he made this list, but considering he was averaging just over 4 catches per game coming into last week, I’m going to take a pass on LaFell. I guess you can say LaFell has LaFallen.

Adam Thielen – I’m going to be honest here, I don’t think I’ve even heard of this guy before last week. However, catching 7 of 8 targets for 127 yards and touchdown is going to get everyone’s attention. At least mine when I write a post like this. With 20 receptions on the season, he has already matched the number of catches he had in 2014 and 2015 combined. I think I’m going to chalk this one up to being “just a good game for no name”. Next.

Jesse James – Most think of Jesse James as an American outlaw. He was a bank robber, a train robber and murderer from Missouri. I bet you didn’t realize he was also a tight end for the Pittsburgh Steelers. Seems appropriate he plays for a team called the “steelers” (despite the different spelling). Last week James caught 6 passes, one of which was a wide open touchdown. He now has a touchdown in three of his five games. Isn’t that all we ask of our tight end. Score me a touchdown. So far this season he’s a top 12 TE and I think he should be owned in way more than 23 percent of leagues.

Cameron Meredith – There’s an old saying “never trust a man with two first names”. How about a man with two first names when one, maybe both, of those names are women’s names? Cameron was shot out of cannon last week, seeing 12 targets and catching 9 of them for 130 yards and a touchdown. Shouldn’t those be Alshon Jeffery’s stats? This was a great game, and I think it’s time the Bears moved on from Cutler, but I’d have to see Meredith put up a few more strong games like this before I considered adding him to my official roster.