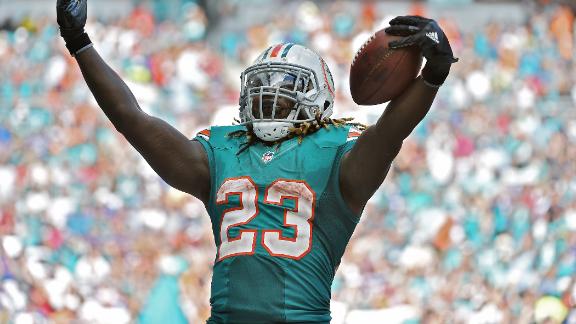 For those that didn’t follow, today’s title was meant to be read in your best cheerleader shouting voice. Go ahead, give it a try. Nice job. Each week I pull out the duct tape and attempt to scrap together a lineup using players sitting on the waiver wire that would not only compete with the best teams in fantasy leagues, but also beat them. This week I had my work cut out for me as there were a lot of high scoring teams. In one of my RCL’s thomas’s Rad Team scored 189.08 points. In another, Heisenberg Empire scores 184.06. Those, my friends, are a sh!t ton of points. First place in the Razzball Writer’s League (me) is averaging 128 points per week. So like I said, I had my work cut out for me this week. But rest assured, there’s no lineup I can’t conquer. I present to you a 203.7 point week 7 lineup comprised mostly of players considered duds.

Kevin Hogan – Owned in 69 percent of leagues I considered going with Tyrod Taylor here. Technically he meets the requirements and he did score 24.34 points, but then I looked a little further down the list and saw a name that screamed “I belong in this post”. Kevin Hogan. Honestly, before last weekend I had no idea who he was. Had you told me that he was Hulk Hogan’s bastard son, I might have believed you. This might actually be the first time I have purposely included a player that I am rather certain is not good. He threw for only 100 yards and no touchdowns. He did, however, throw two interceptions. So there’s that. If you are are wondering how the hell he got 18.4 points, that’s because he ran for 104 yards and scored a touchdown. End of story. You ever hear of Hogan’s Heroes? Well Kevin is NOT one of them.

Jay Ajayi – At 71 percent ownership Ajayi is a bit over owned to be included here, but since I am in charge, I am breaking the rules. It’s really that simple. The reason I am including him is that I am shocked that his ownership was not in the 90’s. In week six he rushed for 204 yards. How does that not make him that week’s top waiver add in EVERY league (caps for emphasis). He really only had a crippled Arian Foster in his way. If he was even in his way. Well guess what he did as an encore to his 200+ rushing game. He did it again. This time rushing for 214 yards and scoring a touchdown. In response to his monster game Foster retired. If Ajayi is not at least 98 percent ownership next week then some of you suck.

Chris Thompson – Thompson carried the ball 12 times for 73 yards. That’s a shade over 6 yards per carry. He also caught all 7 targets for another 40 yards putting him over 100 yards from scrimmage. That only thing missing was a touchdown. Yes, I realize Matt Jones is supposedly “the guy”, but he has 99 problems and a fumbling problem IS one. I’d grab Thompson.

Davante Adams – With a name that sounds like he could possible be an actual member of the Adams Family (which technically he is), Davante saw 16 (count that 16) targets Thursday night. He caught 13 of them for 132 yards and two scores. He was the top scoring wide receiver of the week with 31.7 points. I’m still not sure I am rushing out to grab him however. Coming into this game he averaged 3 catches per game. While he did have 3 touchdowns in those 5 games, he also has Jordy Nelson and Randall Cobb in front of him. In addition, last week’s game for the Packers was essentially played without a running back. Unless you consider Ty Montgomery a running back. So things were all mixed in Green Bay. I think Davante has value, but I don’t know that I’d be able to confidently start him.

Kenny Stills – Sidney Crosby, Kenny Stills, Rich Nash and Delmon Young are starting a band. Anyone have suggestions for band names? Last week Stills had 8 receptions for 100 yards a touchdown. Those stats included a 66 yard touchdown grab. That one catch is the reason he made this list. Generally when it’s one big play that earns a player his honors, I tend to feel that player really didn’t deserve to be here. I feel that way about Kenny as well. I have no desire to own him. Good luck with the band.

Marquise Goodwin – The only reason he made this post is because he caught a 67-yard touchdown pass from Tyrod Taylor. He’s averaging less than 2 catches per game. If you own him, you better be in a 32-team league that starts three wide receivers.

Jack Doyle – I’ve got to pat myself on the back on this one as I had Doyle in all of my DFS lineups last week. With Dwayne Allen out he seemed like a great bargain. And he WAS. As a matter of fact, he was the top scoring tight end of the week with 18.3 points, catching 9 of 10 passes thrown to him for 78 yards and a touchdown. He also has a rather catchy name. Jack Doyle. Sounds like a secret agent. Doyle, Jack Doyle. Or perhaps a shark poker player. As long a Allen is out, Doyle looks to be a good option at tight end for anyone that doesn’t own a TE stud.

Ty Montgomery – It’s a bird. It’s a plane. It’s a wide receiver. It’s a running back. It’s Ty Montgomery. Montgomery touched the ball 19 times on Thursday Night Football, with a nearly 50/50 split between rushes and passes. He carried the ball 9 times for 60 yards, while catching 10 of 13 targets for another 66 yards. I like it anytime a player can put up close to twenty points without scoring a touchdown. I have NO idea what to expect out of him this week and moving forward. Some leagues have even given him RB eligibility. He seems like an intriguing option to own if you have the roster space.