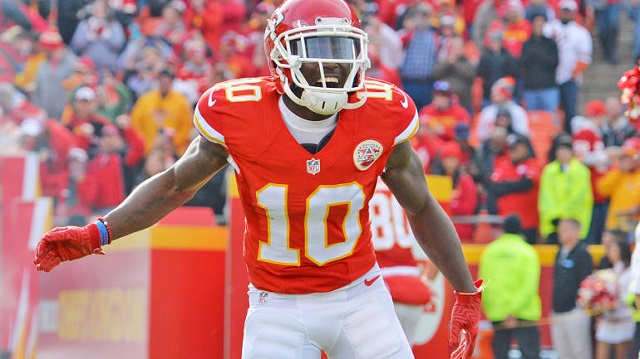 Our word of the day is gambling.  I love gambling, most of the time in small amounts unless I’m at the black jack table at 3 A.M. after my second trip to the ATM, but that’s a story for another time.  Plus, I was much younger then (if you consider two years ago a long increment of time).  When not gambling after consuming a bunch of whiskey, it’s usually a few bucks here and there on March Madness, NBA playoffs, or the reason why you’re reading this, the NFL.  When I’m making money gambling on sports, 75 percent of the time it’s because I’m betting against the public.  Fantasy football isn’t much different…

Imagine that your league mates are the “public”.  Sleepers are flying of the board, proven elite talents are long gone.  Around the fourth or fifth round is where you can find some elite talent that the “public” turns their nose up to.  This could be because of past injuries, but a lot of the time it’s due to the uncertainty of volume.  Hell, a lot of players get passed up because of the talent that is around them on their team.  The guy that we are talking about today is going to get drafted lower than he should because of the last two reasons.

I wasn’t sure what to think about Tyreek Hill’s fantasy value until I started browsing ADPs for the division previews.  Tyreek is 59th off of the board on average at this point.  Why? Is it because of what he did in college and fantasy players don’t want to root for him on their team? That’s totally understandable.  Is it because he looks like the athletic love child of Ol’ Dirty Bastard and Kodak Black? Probably not, but just as understandable nonetheless.

Tyreek is a dual threat player who had three rushing touchdowns to go along with his six receiving touchdowns.  He had more yards after the catch last year than DeSean Jackson and logged only a little over half of the yards.  His talent is undeniable when you watch him.  Not only did he run a 4.24 40-yard dash at his pro day, but he has the ability to shake multiple defenders in space with the ball in his hands to get the extra yards or take it to the house.  He also has the ability to make the tough, contested catches when he doesn’t completely beat his defender.

Tyreek had the consistency in the second half of the season.  In nine of the final eleven games last year, Tyreek scored at least 10 points per game in PPR. Speaking of PPR, with the departure of Jeremy Maclin (not that Maclin did much last year), Hill is going to be the primary target for Alex Smith in the passing game.  We all know Alex Smith doesn’t have the ability to throw the ball down field.  Hill doesn’t need deep balls in the slightest.  Sure, it would be nice to see Tyreek make the Torrey Smith plays on a ball floated 40 or 50 yards down the field, but as mentioned before, his ability to make plays with the ball in his hands should make up for it.

Tyreek Hill is a gamble, but then again so is Sammy Watkins, who is going two rounds sooner.  I’d rather miss in the 4th or 5th round when, at the same time, there is so much to gain.  When you gamble, you have to be prepared to lose, but that’s half of the rush.