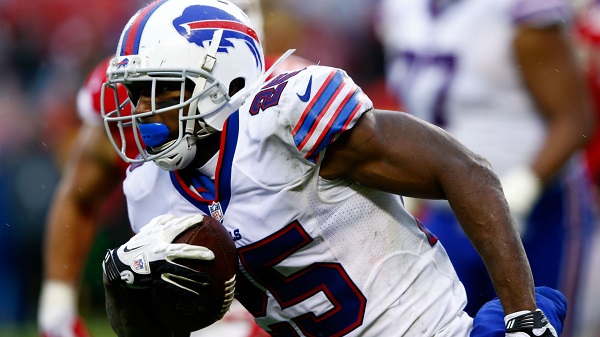 I can’t figure it out.  I have spent years defending myself, and staving off attacks from everywhere and everyone, but I can’t, for the life of me, figure out why people like the Beatles.  I know I am in the minority, and am always willing to admit that I am the oddball, but people are always more than happy to tell me that “I am wrong”, and “you don’t know what you are talking about”, and “they’re not really your children.”

Does this ever happen to you?  Going against popular convention can be tricky, but sometimes you have to go with your gut.  And my gut has said one thing very loud and clearly to me for this upcoming fantasy season… avoid LeSean McCoy.

Let’s get the perfunctory ball-fondling out of the way.  The kid is a beast.  As talented a running back as I have ever seen.  He has never averaged less than 4 yards per carry over an entire season, ever!  That’s straight up magical.

Now let’s analyze how things are rounding out this year in Buffalo.  The Bills have traded away their top WR, are having injury and confidence concerns at the QB position, and they have added perennial TD and reception vulture Mike Tolbert.  McCoy’s value has always been buoyed by his receiving skills, but Tolbert is slated to start vulturing away 3rd down snaps with his talented blitz pickup and receiving skills (he had 50 catches in 2011 with Carolina).  He won’t take all of them, but enough of them.

And Shady’s QB situation is even more of a concern.  His QB, Tyrod Taylor, has been in the concussion protocol almost the entire preseason, and is hoping to be ready for week 1.  This sounds like good news, but don’t forget, Taylor has averaged 500 rushing yards, and 5 rushing TD’s per year in Buffalo.  So sure, you want Taylor under center, but at what cost to McCoy?

The Jets have stolen the “what are they doing” headlines in the AFC East, and because of their gross ineptitude, I believe Buffalo has flown under the radar. With Sammie Watkins being dealt away, opposing defenses are going to be keying in on Shady, and making him priorities 1, 2, and 3 on the must-stop list.  While you may be thinking this will give him the lion share of the touches in that offense, I would agree with you.  All signs point to the Bills riding McCoy until the wheels fall off, as they recently released projected backup Jonathan Williams.  And to note, he has only played in all 16 games 3 times during his 8 year career.  All this taken into account, I believe this will result in his first ever sub 4.0 ypc season.  I am not saying I wouldn’t take him, but his perceived value is going to make him impossible to trade for.  According to 3 major Fantasy League Hosting websites, he went, on average, right around the 7th overall pick.  Yikes!  You miss on that pick, and your year could be toast.  Let someone else take the risk.