Greetings! It’s been so long since we’ve been with one another, here on the only fantasy site that truly unites people like only a game of leap frog played by naked men could do. If we’re being honest here, my life has been empty and inconsequential without you. First, it was a much needed vacation after leaving a mental health facility. Then it was a new job accompanied by the sort of sickness I wouldn’t wish upon my worst enemy (except Ralph). There’s only so many weeks in the fantasy football season, and with each post missed, it feels as if a piece of my soul has been torn out and stomped on by Rosie O’Donnell and Roseanne right after they hit the “All you can eat Shrimpfest” at Red Lobster. Even now, as I write this, tears are flowing down my cheekbones like urine down the face of one of R. Kelly’s 14-year-old girlfriends. I need you! If only the Elders would bless me with the attributes one needs to become a successful writer so that I could quit the ridiculously lame job I started that has ruined whatever life I had left. But you’ve got to be realistic about these things…

I am Tehol Beddict and this is, Through the Wire… That doesn’t sound right, does it? I miss Disgrace/Delight. Oh well, TAKE HEED!

David Johnson – Somehow, already a top-20 fantasy RB in my big play bonus league, ‘The Big D’ is in line to take over as the feature back in Arizona for the foreseeable future. Andre Ellington is out with turf toe, which could possibly end his season, and Chris “Little” Johnson is more than likely out for the season with a fractured tibia. Cardinals faithful are dropping to their knees quicker than a Kardashian at a BET Awards show after party, praying that injuries don’t ruin yet another season. Don’t fret, my bitter rivals, for Johnson already has seven touchdowns with limited touches and I am predicting an explosion this week against a beleaguered Rams defense. It’s true, I haven’t been this intrigued with a Johnson since Bieber let it all hang out in Bora Bora. Say one thing for Justin Bieber, you don’t want your significant other taking that tubesteak, for you’ll never see her/him again. 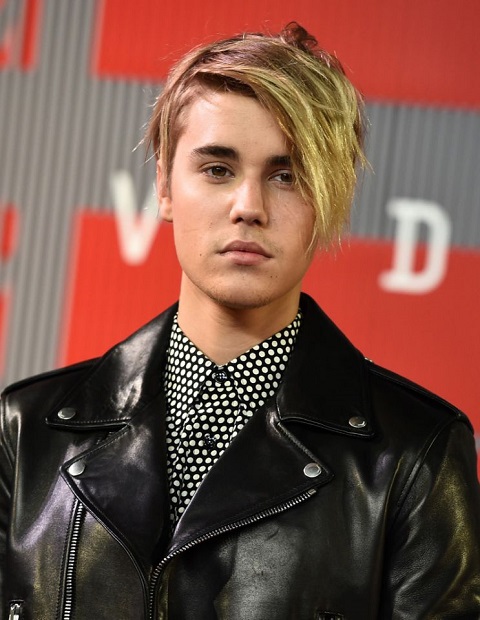 Doug Baldwin –  Dougie Fresh went HAM and grits as if he were at the Waffle House on a Saturday night, going off for 145 yards and three tubs. Jimmy Graham is done for the year… give me a few minutes while I pour out a little liquor for the Seahawks Super Bowl hopes… This is just like when we dumped Percy Harvin last year…. Hold on a tick! WE WERE BETTER WITHOUT HARVIN. Maybe, just maybe, the same will ring true this time around… ALSO, I believe I wrote this very thing about Baldwin last season after Harvin was shipped out, thinking Baldwin would HAVE to produce top-20 numbers simply based on the fact the rest of the receiving core was pure gutter trash. Yes, folks, I have been wrong before. Hard to believe, I know, but Baldwin has now put up monster performances in two out of his past three games, so I’m going to give him the benefit of the doubt… Jimmy effing Graham… WHYYYYYYYYYYYYY! Why do the Elder Gods torture me to no end? Does it ever end?

Tyler Lockett –  Again, with Graham down, someone’s going to have to step up, so why not get the young mongoose involved? Lockett is the 32nd ranked WR in ESPN leagues (that count return yardage) and I expect some more big plays out of him as the Seahawks attempt to use their talons and claw their way back into the playoffs. Nice upside big-play guy if desperate for sure. Not desperate like Christian Slater offering to drop and grab his ankles to take a pounding to get the lead in a Valtrex commercial desperate, but, you know, regular desperate.

C.J. Anderson – I remember certain fantasy writers saying that it was okay to drop C.J. Anderson a month or so ago… You see, I would never do this, as I’m absolutely too stubborn to ever drop a first or second round pick, NO MATTER WHAT! I mean, some of you (and me) carried Christine Michael all season, yet Anderson isn’t even owned in 80 percent of leagues, and that includes all the free ones where nobody is paying attention… The guy looked incredible against New England Sunday night, jump cutting through the snow like a slalom skier on his way to a gold medal at the Olympic games. Son was absolutely filthy! So either breh is finally healthy, or he only runs well in the snow… He’s back to being a must-start from this point forward… Just in time for the fantasy playoffs… Wait… you didn’t trade him for Brian Hartline and a McChicken, did you? DISGRACE.

Vance McDonald – Wow, the Niners really got a steal in the 2nd round of the… 2013 NFL Draft… WHERE IS THIS COMING FROM!? Dude went from Emilio Estevez to Brad Pitt overnight! Seriously, two weeks ago, against my beloved Seahawks, Vance Romance caught four balls for 65 yards and a tubber. I thought it must have been the peyote when I added up his season totals and realized those 65 yards were more than he totaled the entire season! He was also scoreless before that… Am I still high, or did that ACTUALLY HAPPEN? And then he surpassed those numbers the following week, hauling in six grabs for 71 yards and ANOTHER TD! Is it possible the 49ers GM, Trent Baalke, isn’t a moronic toolshed? I wouldn’t go that far, but this McDonald can plough my farm any day of the week and twice on Sundays. E-I-E-I-HOOOOOOOOOOOOO!

Alex Smith – Alex Smith was ranked 13th at his position on ESPN before dismantling the Buffalo Bills secondary this past Sunday, and it only gets easier from here on out. He gets to face off with the 29th, 25th, 19th, and again the 29th ranked pass defenses in four out of Chiefs’ next five games. There’s a game against Baltimore mixed in their, who’s ranked 11th in pass defense, but I’m pretty sure I just witnessed Josh McCown and Austin Davis treat them like a yacked-out Lohan on a street corner. Seriously, Smith is an extremely solid option going down the stretch and if you, like myself, have been dealing with bums like Matt Ryan all season, I highly suggest you cut bait and go with the hot hand. I’m throbbing in anticipation.

Jerick McKinnon – If you’re an Adrian Peterson owner, now is the time to grab McKinnon. We are a week or two away from all the fantasy playoffs and the one thing you can’t handle is losing one of your stallions and not having a backup plan. We all witnessed what happened when Charlie Sheen got booted from Two and a Half Men. Don’t get caught with your pants down like Elton John, backstage at the Teen choice awards in 2003. Trust me, I was there….

DeVante Parker – The Dolphins season is officially over and Parker finally showed a pulse, albeit in garbage time. But still, Miami needs to see what they have here, you know, considering they drafted dude with the 12th overall pick, when they obviously have numerous needs and maybe shouldn’t  have drafted an incredibly fragile wideout. I’d love to see Parker emerge doing down the stretch here. I’d swoop him up this week and see if he gets a ton of looks. Sometimes we have to take shots in the dark in order to see the light.

Thank you for joining me for my first waiver wire post of the year. I’d like to thank Ralph Lipshitz for taking a leave of absence to take care of my children and baby mother in this important period of growth. It takes a real man to take care of my children, especially when their dongs are already bigger than his. With that being said, your questions and comments will be responded to below as per usual. I very much look forward to reading them as it’s been far to long. It’s good to be back.

Post dedicated to my Grandpa Win, who died on Monday at the age of 93. May you join the Elders and smoke the peace pipe with us by the fire. Gone but not forgotten.