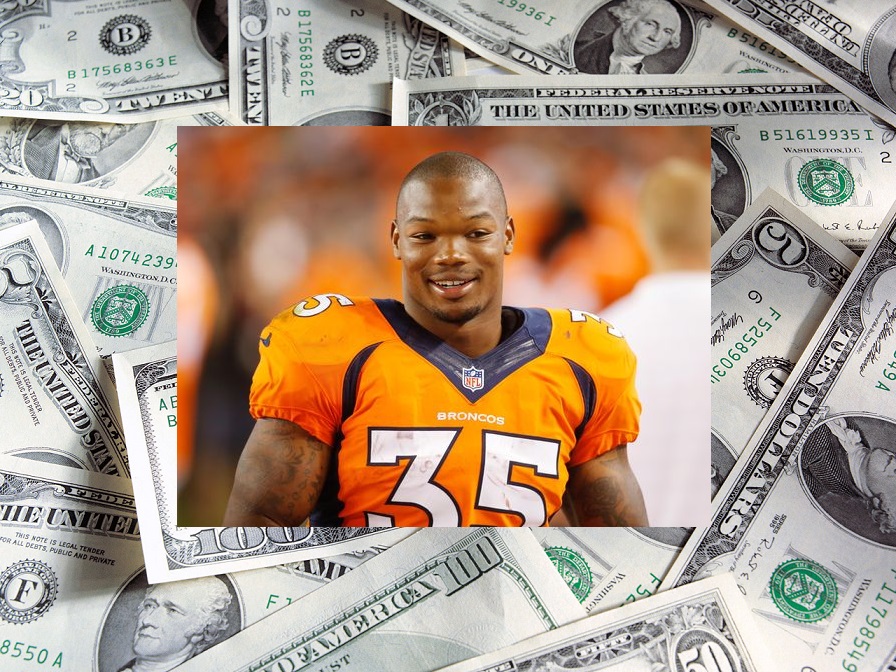 I’m writing this during Monday Night Football. You’ll (hopefully) be reading this on voting day. It’s a #big day (believe me). Those of us that play in FAAB leagues are free from the tyranny of “reset to inverse order of standings” waiver claims. Free from the passivity of “continual rolling list” waiver claims. We have freedom of FAAB. Freedom to choose Kapri Bibbs or Peyton Barber or Eli Rogers.

This post can be #difficult to write. This is mainly true because I need to have all or most of it done by Monday evening. That means I need to identify players worth acquiring, rank them and assign best guess FAAB values. Because I write this on Monday there is very little news out there. Two weeks ago I recommended Devontae Booker, but without consideration that C.J. Anderson would miss the season (or any time at all) because that information wasn’t out there yet. Now I recommend Kapri Bibbs. Like Booker, he was worth acquiring before news broke in his favor.

Last week I wrote some words about the difficulty of assigning bid recommendations particularly this time of year. This time of year it depends so much on your team situation and the plan you have for your team. With this in mind I’ll be including some notes for different scenarios you may be facing. In general the prices assume you don’t still have 100% of your budget and all prices are based on $100 budgets.

Kapri Bibbs ($30 or a lot more if you can afford it) I just read that Bibbs is expected to play more against New Orleans, a great match up that could make his season. Unfortunately his bye is the week after so if he doesn’t receive a decent workload there will be a question as to whether to keep him. He’s definitely worth owning in 12-team leagues regardless of what happens next week. If you are running back needy I think you need to bid somewhat aggressively or very aggressively depending on how much you like him. Why might you only bid somewhat aggressively? So you can save your budget in case a star running back goes down. In most 12-team leagues this isn’t a valid strategy because there aren’t enough handcuffs left on the market. So bid, bid, bid.

Eli Rogers ($4) “Tue, Nov 1 Steelers coach Mike Tomlin said Eli Rogers is healthy and “up for considerable play” against the Ravens in Week 9.” You see? You see what I miss by writing this early? That news was from last week and is courtesy Rotoworld, via Yahoo! player news updates.

Austin Hooper ($3) and C.J. Fiedorowicz ($2) and Cameron Brate ($2) Tight ends have been brutal this year. Those of us in an unfortunate situation are lucky to have decent players break out this late in the season. I favor Hooper because I like his upside the best based on his skills and the offense he’s in.

Mike James ($1) Is a decent desperation add in leagues where Peyton Barber is owned.

There’s always good players available in shallower leagues. Kapri Bibbs is owned in only 4.4% of 10-team ESPN leagues. He’s my top add in 10-team. Thomas Rawls ($3) is owned in 43% of 10-team ESPN leagues. Sammy Watkins ($4) is often available and even Jamison Crowder ($8) is occasionally still available. Rishard Matthews ($6) is out there and I’d pick him up if I had need but I still don’t fully trust the Tennessee passing offense. Obviously Rawls and Watkins fill different needs than the others, higher upside but greater chance they will do nothing.

Peyton Barber ($9) Antone Smith is injured and out for the year, Jacquizz Rodgers seems unlikely to play and Doug Martin is iffy. Still, I have to consider him a player that’s useful for one week only because certainly Martin should be back soon and he could still be back this week.

Alfred Morris ($4) My friends, I have positive news to report regarding Alfred Morris. (He was the topic of last week’s World Wide FAAB, didn’t you know?) While I am disheartened to hear that there are multiple allegations (albeit by the same person) of domestic violence made against Ezekiel Elliott, we must put ourselves in a good position by owning Alfred Morris. This is especially true if you own Elliott.

You also might still consider making your team great again by adding Dion Lewis. There are folks out there that think he won’t contribute. I disagree. If he’s healthy I think he’ll be great again.

Here’s your video: Freedom of Choice

And remember, just because a player you are interested in isn’t here it doesn’t mean I don’t like him. Sometimes I forget people. It’s just reality. Sometimes I even fail to remember a completely obvious name or two, so comment below.