I was a little surprised of some of my own rankings when I plugged in 1 point per reception.  Oh Michael Turner, you really should catch more passes to keep up with the ppr trend.  If you click here you’ll go to a wonderful world of ppr drafting tiers.  There are lemon pops there too.

I’m in the process of yet another ppr draft and I’m leaning strongly toward grabbing wide receivers early.  In ppr the running backs stay strong longer.  There are 28 backs I like as #1’s and 2’s and the difference between 8 through 28 isn’t as stark as it is for receivers 8 through 28.  I went RB/RB/RB with my first 3 picks in one ppr draft and then went WR/WR/RB in another and I feel much better about the latter.  This isn’t conclusive proof and each draft is different, but I’ll be doing many more mocks and I hope to test it some more.  And for some reason people keep picking QBs in the first round, but that’s for another day. 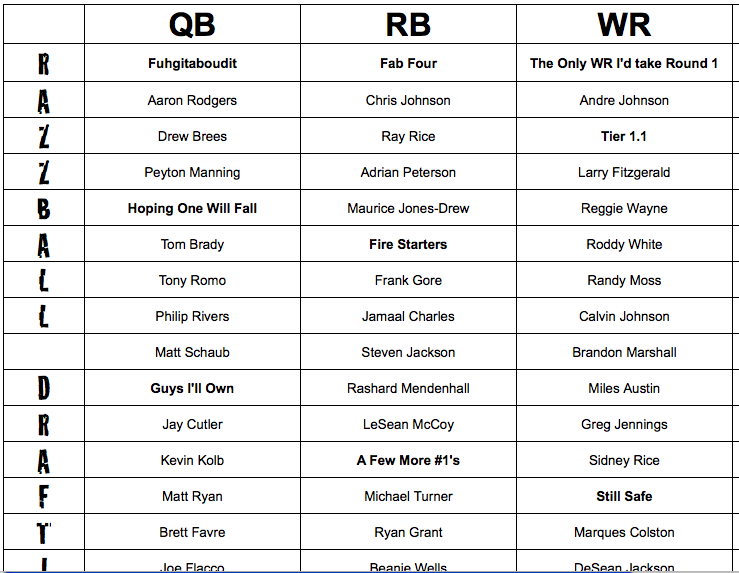