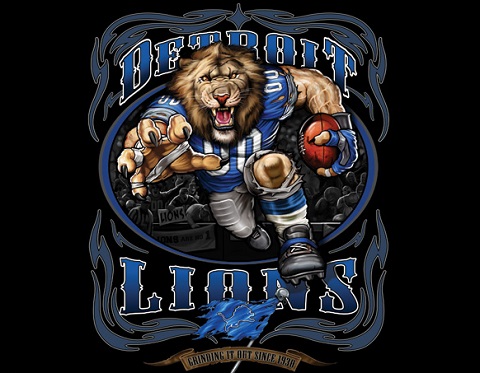 For a sixth straight season, Razzball will be interviewing NFL-team blogs for some actual in-depth football knowledge to shed some additional light on our fantasy football knowledge.  Keep your eye out for an interview for every NFL team for our Team Preview Series through the summer.  This installment comes courteous of Zac Snyder from the leading Detroit Lions’ blog: Side Lion Report.

Matthew Stafford ranked fourth overall for fantasy points for a quarterback last season. Do you see a repeat performance this season? Who would you not be taking him over in this year’s draft?

While I expect and hope for better results in terms of his direct impact on a game, I believe he is in for a similar fantasy season as he had last year. Stafford’s development is about removing the mistakes from a handful of throws per game but the raw stats are already there. The coaching staff has changed but with Joe Lombardi coming over from the New Orleans Saints to coordinate the offense, Stafford will still have plenty of opportunities to air it out. There are only three quarterbacks I would take in my fantasy draft without also at least giving Stafford consideration: Peyton Manning, Drew Brees and Aaron Rodgers.

How well do you see Reggie Bush performing this season? Is it safe to say he is a no-doubt RB2 starter this year? How do you see he and Joique Bell sharing touches?Bush figures to be a big part of the Lions’ offense again this year but his fantasy value will be limited with a shared workload with Joique Bell. I expect about a 50-50 split between them, with Bell more likely to get touches near the goal line. I still see Bush as a decent RB2, but fantasy teams may get similar production and better value out of Bell.

Eric Ebron was a nice selection at TE for the team this year. Realistically, how much work do you see him getting this season? Is he a red zone target? Will Brandon Pettigrew and Joseph Fauria see significant work as well?

Ebron will see plenty of the field this season but I wouldn’t be surprised if most of his work is between the 20s. Joseph Fauria proved to be a valuable red zone target as an undrafted rookie and is likely to maintain some looks there. Of course, Calvin Johnson will always be a top target too. Ebron’s on-field value may not match his fantasy value.