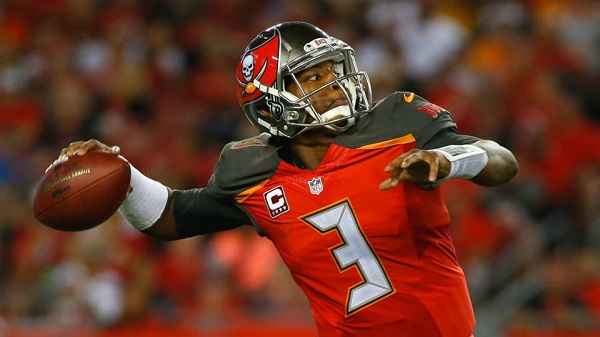 We are a quarter of the way through the fantasy football season. There are some trends that are becoming more or less of a normalcy. Fantasy football performance is almost as unpredictable as the injuries that ravage our rosters. As rankers, we have a big enough sample size to start fading some of the players who performed well in past seasons at our choosing and also consistently moving up players that are having good seasons for more than just their match ups.

Without further ado, here are my Week 5 rankings…

Todd Gurley had a subpar season last year and we are finding out the solution this season as to what brings out the best in him. Aside from racking up seven touchdowns this season and consistently putting up big games in the yardage category, I actually like his matchup against Seattle this Sunday quite a bit. In Week 1, Ty Montgomery racked up over 90 all-purpose yards against Seattle. In weeks 2 and 3 Carlos Hyde and DeMarco Murray racked up at least 115 yards on the ground a piece against this stout front seven. After putting up 35 points on the Cowboys this past weekend, I think it’s time to start taking many facets of the Los Angeles Rams’ offense seriously, even against the Seahawks.

I have Jameis Winston as my third-ranked quarterback this week. The Patriots have given up the most passing yards and the most passing touchdowns in the league against opposing offenses through their first four games this season. The fact that this defense only has a four day turnaround also boosts my confidence that Jameis should be able to shine from a fantasy aspect for the second week in a row. Although I still expect the Patriots to come away with the victory in Tampa, I think that Jameis can help you get a victory on your fantasy team.

Finally, I think that Devante Parker is a top 10 play this week against the Tennessee Titans. In Week 3 against the Titans, Doug Baldwin hauled in 10 catches for 110 yards and a touchdown. In Week 4. DeAndre Hopkins also hauled in 10 catches for 107 yards and a touchdown. I see a similar stat line on the horizon for Miami’s #1 outside receiver happening this week. Parker hasn’t had his true breakout game yet, but he hasn’t had any less than 69 (nice) yards in any game so far this season.

There are a couple of players that I am avoiding for this time being as well. I don’t think it’s feasible to start a struggling Amari Cooper without Derek Carr in the lineup. That being said, I think he is a great buy-low for later on in the season if you can afford to leave him on the bench for a few weeks. I am also not very confident in what I have seen from Jimmy Graham to this point. He has yet to find the end zone this year and he hasn’t reach the end zone double digit times since the 2014 season. Cam Newton looked awesome last week against the struggling Patriots defense, but the Lions haven’t been a slouch at all on the defensive side of the ball in 2017. I’m rooting for Newton to continue his success, but I’d like to see him do it one more time before I slot him inside of the top-10.