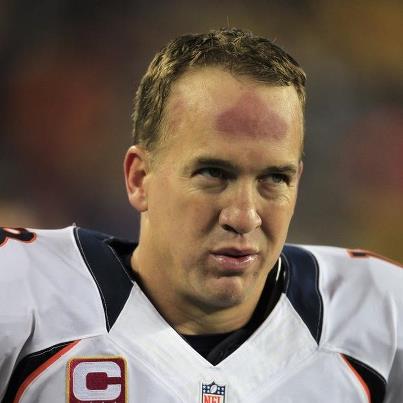 I’ve played in 6-point passing TD leagues since I started playing fantasy football in 2002.  Does it change how you should value QBs?  Of course! (Well, a little.  It’s not a massive change.)  I think the main thing to keep in mind is finding a difference maker at QB helps your team just a little bit more than it would have if you found the same difference maker in standard scoring.  For instance Andrew Luck had a great year last year, one that surpassed most preseason expectations.  As much as he helped teams by being a good value in standard scoring, he was that much better in 6 point passing TD leagues.  The stakes are higher for identifying this year’s Andrew Luck if you play in that type of league.

Here’s an example of why it’s important to own a good QB in these scoring systems.  Let’s say we have three theoretical QBs: Elite QB, Good QB and Replacement Level QB (RepL QB)  Here’s a table with their expected passing TDs and the difference between these QBs between the different scoring types.

The last column is the important one.  It shows the gain from the switch to 6 point passing TDs plus the extra amount gained relative to the replacement level QB.  In other words, because a Good QB gains 68 points from the switch and a Replacement Level QB gains 48, the Good QB has gained an extra 20 points from the switch.  That’s the equivalent of an extra 5 Standard scoring passing TDs.  To say that another way, the difference of 10 TDs in 6pt passing leagues separates the players as much as a 15 TD difference does in Standard scoring (because 10 * 6 = 60 and 15 * 4 = 60).  Which is to say the difference between a good QB and an average QB is that much more significant in 6pt passing leagues.

Similarly, the Elite level QB gains an extra 4 (standard scoring) TDs or 16 points over the Good level QB with the change in scoring, while he gains an extra 9 TDs or 36 points over the Replacement Level QB.  (If you have to read that twice it’s okay, it’s not the easiest concept to put into words).  I also think this pretty much tosses out the “rising tide lifts all boats” theory of 6pt Passing TDs (espoused by Christopher Harris).  It lifts all boats, but not equally.  So when you value QBs in a 6pt Passing TD league, don’t you actually have to place (at least) a little extra value on the Good QB over the Replacement QB?  Yes…  (and that’s exactly what your common sense told you).

As far as strategy goes I want to make clear that you still need to get a good value on your quarterback and that I don’t actually think this changes your QB rankings relative to other positions rankings all that much.  I think it certainly moves up the elite QBs relative to players of other positions, but not drastically.  Last year I actually heard some fantasy players (even casual analysts possibly) refer to Peyton Manning as the #1 overall pick IN 4 PT PASSING TD LEAGUES.  That’s just nonsense.  I think in 6pt passing TD leagues the idea of selecting a QB 1st overall is at least worth considering, but it’s not something I would ever do or ever advise doing.  The people that were winning their leagues in 2013 (well at least making the playoffs, fantasy football is a harsh mistress) were the ones who selected the 2013 record setting Peyton Manning, not 1st overall, but in the 3rd round of Standard scoring and the early 3rd or possibly late 2nd round of 6pt Passing leagues.  In the 10 team league that I am the commissioner of I would say on average two of the four teams that make the playoffs have an elite level QB and that those QBs were typically acquired at a 2nd-3rd round price.

So to repeat myself, get yourself an elite QB but only if the value is there.  Don’t go chasing last year’s points by selecting a QB #1 overall.  I will say one thing that the elite QB has over players of other positions is they are generally much more consistent from year to year.  So yeah, you move them up a bit when valuing for 6pt passing TDs because as much as they can make a difference in standard they make that much extra difference in 6pt passing TDs (again, that’s exactly what your common sense told you).

One other thing to keep in mind is that the scoring difference doesn’t effect all QBs equally.  Quarterbacks which score an above average amount of rushing TDs gain less from the change than those that hardly run it in at all.  So the biggest losers (among QBs) from the change are those QBs that run it in a lot.  The biggest winners are not only those who throw it in a lot but also those that have a higher than expected TD output relative to their yards (QBs that are efficient scorers you could say) plus those whose QB/Interception ratio is poor.  Jay’s 6pt Passing article from last year has a chart that demonstrates this really well (it also turns out that his post works as a great complement to mine, and vice versa).

A quirk of all TDs being worth the same is that it means you don’t have to root for your QB to run it in because passing is scored the same.  Say your QB runs it in.. then it’s overturned and he ends up passing it in the next play.  If this causes you to lose your matchup, you’ll be like “damn”.  In 6pt passing scoring you win either way.  I find that the little things like that (not having to root for super specific things) help to make fantasy sports even more fun.