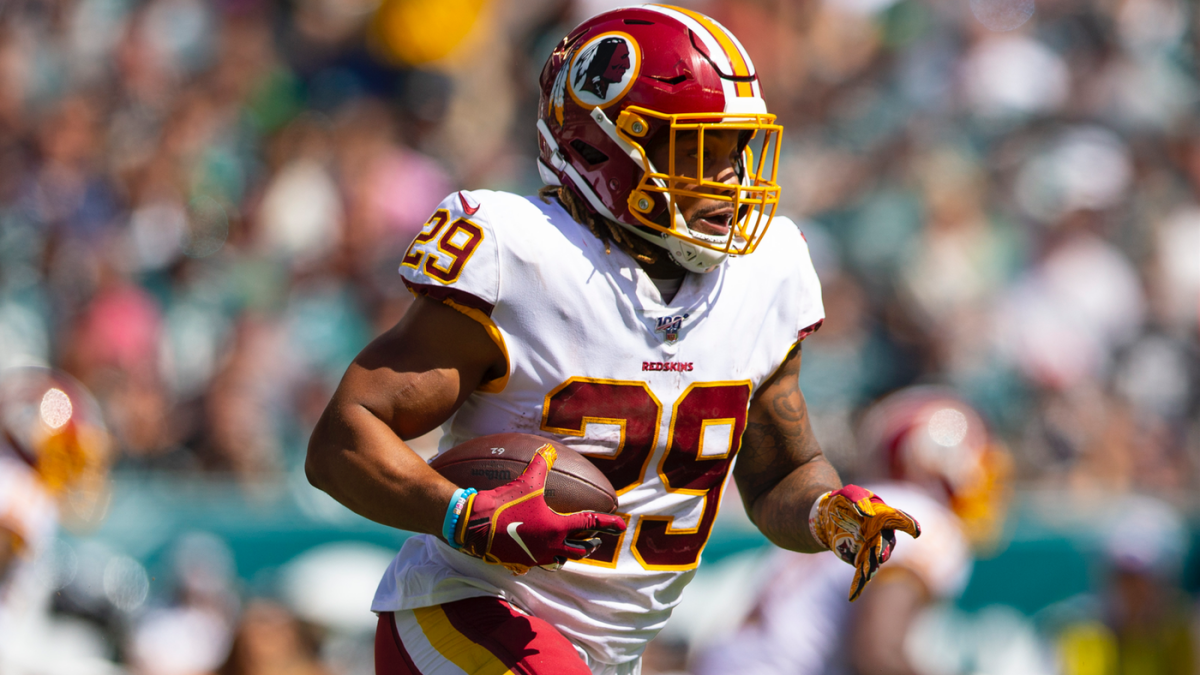 After the Brown’s Week 1 loss to Tennessee, Mayfield underwent precautionary X-rays on his injured hand. While it was a season opener to forget, it seems like all will be fine health-wise for Mayfield, as it’s likely he just escaped with a bruised hand. With an extra day off, Baker will be all ready to go against the Jets on Monday Night Football.

After taking a rough tackle against Kansas City last week (on a TD throw no less), Foles has been diagnosed with a broken left collarbone and will be placed on IR with a designation to return. This means Foles will be gone for a minimum of eight weeks, with the hope that he can return later. It’s a big blow to the Jaguars this season, as they’ll turn to Gardiner Minshew and Josh Dobbs to carry the load in Jacksonville. While Leonard Fournette can still be relied upon, we’ll have to monitor the production of D.J. Chark and Dede Westbrook these next few weeks to see if they will carry any fantasy appeal while Foles is gone.

After undergoing an MRI on Monday, ESPN’s Jeremy Fowler reported that Guice is dealing with a meniscus injury that will cost him a few weeks. In the meantime, Washington will turn to Adrian Peterson as the team’s starter, only a few days after he was a healthy scratch against Philadelphia. AD does hold some value in fantasy, but I also think that Chris Thompson, especially in PPR formats, has some appeal, especially if Washington is behind/forced to get aggressive in the passing game.

On Monday, Bengals coach Zac Taylor said that Mixon was dealing with an ankle sprain. After not practicing on Wednesday, Taylor again hinted that Mixon could still play against San Francisco despite not practicing. He officially remains day-to-day, and will likely be a game-time decision before kickoff. It’s something to monitor these next few days. If he can’t suit up, Gio Bernard becomes a great RB2/FLEX option with a nice workload as the lead back.

After suffering a sprained ankle against the Bucs, Coleman has officially been diagnosed with a high-ankle sprain and will likely miss multiple weeks (anywhere from 2-6 weeks). Matt Breida will take over running back duties for the 49ers, for now, with Raheem Mostert behind him. Mostert could end up taking away touches from Breida depending on how they each perform. This upcoming week will add clarity which back is the one to own in fantasy leagues.

While he won’t need surgery, Hill suffered a dislocated SC joint and will be sidelined for about 4-6 weeks. The Chiefs’ plan will be to keep Hill on the active roster and not the IR. However, according to Ian Rapoport, Hill could miss more than six weeks due to the nature of these types of injuries. In the meantime, the Chiefs will be relying heavily on Travis Kelce and Sammy Watkins in the passing game. We’ll have to see who steps to the forefront in this offense between Mecole Hardman and Demarcus Robinson this upcoming week.

While he’ll certainly be limited in practice throughout the week, it seems like JuJu will be all set and ready to go for Week 2. On Tuesday, Mike Tomlin said he was “optimistic” about JuJu’s availability for Week 2, and Ian Rapoport reported that everything is expected to be fine. He’ll get to face off against a Seattle secondary that got absolutely torched by Andy Dalton and John Ross in Week 1. It’ll be a tasty matchup in fantasy for the young receiver.

After exiting the Colts game with a knee injury, things don’t look good for Week 2 for Williams. Yesterday, Chargers coach Anthony Lynn said he’s “absolutely” concerned about Williams’ availability for Week 2, saying that “We signed a wide receiver. Just in case. Just don’t know.” Williams didn’t practice on Wednesday as well, which signals that he could miss Sunday’s game. It’s something to keep an eye on, and if you’re planning on starting Williams, you need to find a backup plan.

After breaking his collarbone in the Colts’ Week 1 loss to the Chargers, Indy placed Funchess on the IR. He will undergo surgery for his broken collarbone this week. It’s a blow to the Colts as he’ll be eligible to return in Week 10 if his recovery goes according to plan.

Shepard has apparently been experiencing concussion symptoms after the Giants’ Week 1 loss to Dallas. He didn’t practice on Wednesday, and remains day-to-day. If he misses this week’s game against Buffalo, the Giants would be down to Cody Latimer, Bennie Folwer, and T.J. Jones at receiver. Not great, Bob!

After suffering a neck injury last week, Enunwa will miss the remainder of the 2019 season. It’s a very sad story, after Enunwa missed all of 2017 with a neck injury as well. The Jets will move forward with Robby Anderson, Jamison Crowder and now Demaryius Thomas.

During the fourth quarter of last week’s game, Henry limped off the field after he suffered a tibia plateau fracture to his left knee. It’s a different knee than the one he tore his ACL on last season, but it’s still a big blow to the Chargers, as Henry is expected to miss anywhere from 4-6 weeks. While Anthony Lynn said the team is “hopeful” to get him back this season, we’ll have to see what the recovery period is like. In the meantime, Keenan Allen and Austin Ekeler will be soaking up all the targets, especially if Mike Williams misses extended time.

Reed still remains in the league’s concussion protocol and has yet to be cleared to practice. Vernon Davis remains the team’s starting TE until Reed is cleared to return.

After being a late-scratch against Green Bay last week, Coach Matt Nagy on Wednesday said that Burton remains day to day with a groin injury. There is a bit of optimism about him suiting up versus Denver, but it will likely be a game-time call, and something for us to keep track of.

While the short week heading into Thursday Night Football is never ideal, Olsen said that he plans to suit up against Tampa Bay, and is officially question for the game with a back injury. He hasn’t practiced at all this week, so it’s not a guarantee that he’ll be able to go for this game. He’ll likely be a GTD, and something to keep our eyes on.