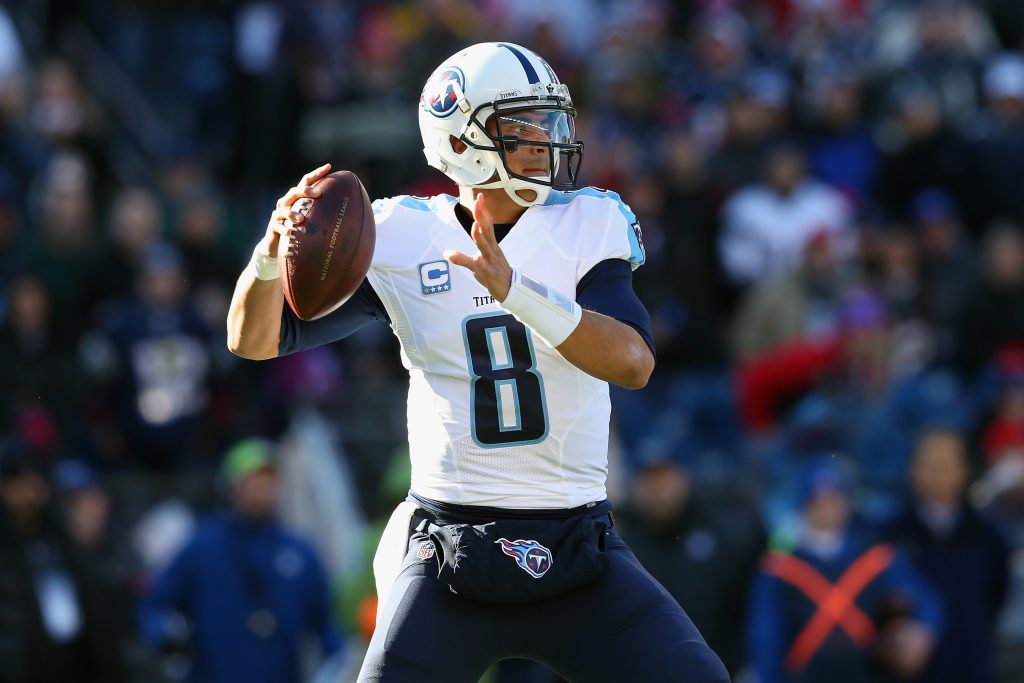 Hello everyone, and welcome to the first article in a series of position-by-position analysis before Training Camp arrives in a about a month. We’ll start off with the QB position, a position, unlike previous years, where there are many options that can leave us satisfied, while few that will make us feel sick. This is a good thing that means we can spend most of our research on assessing the HB and WR positions for the upcoming year, but it’s still important to figure out the path we want to take when choosing our gunslingers.

Below, I’ll be profiling my favorite options from this group while also weighing Strength-of-Schedule and any offseason changes or impacts from the draft. Then I’ll go over the options that I want to stay away from this year.

All ADP data is courtesy of FantasyPros.com

So first off, please don’t think that I find him at a value when I talk about him here. I don’t think Brady comes at a value at all, but I think he’s my #1 QB in all formats for the ’17 season, and if you like to take the best QB each year and don’t mind spending an early pick to do so, then Brady is your man. Currently his ADP is around 20th overall, which is early in the second round for 12-team leagues. To be completely honest, although I like Brady this year a ton, I probably won’t take him at all, because spending an early pick at the QB position is not my typical strategy. However, there is still a lot to love. First all, grabbing Brandin Cooks and Dwayne Allen in the offseason, and getting a healthy Gronk back for the 2017 season is just huge. I don’t need to tell you that. However, his SOS is shaping up to be a good one, especially in the first 6 weeks of the season (a period that usually shapes a lot of fantasy seasons) in which he’ll face some opponents such as New Orleans, Carolina, Houston, New York (Jets), and Tampa Bay. Plus, he’s Tom Brady. He keeps getting better with age, and we can expect the same in 2017. 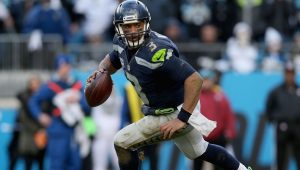 Some fantasy football players want the best QB or nothing else. Some like to wait until the later rounds in the hopes of nailing this year’s Dak Prescott, and some just like to take it one round at a time and take a very solid QB in the middle rounds to build off of the initial HB and WR selections. Wilson is the perfect candidate for those that fall into the third category. Ideally, we want to double-dip when selecting our gunslingers, and if we can get a QB that produces both with his arm and legs, than that is the way to go. Like Colin Kaepernick, but when he was good. Although Wilson was definitely hampered a bit last year with some nagging leg injuries, he seems to be fully healthy heading into the year, and the same can be said about his O-Line. Seattle’s offensive line play suffered greatly without Max Unger in 2016, and while they still might not be that good (which is a big reason for why I don’t want to touch their backfield, especially if it’s a RBBC), getting back a healthy Germain Ifedi will work wonders. With that little bit of extra time, Wilson can use his feet as he wishes. His targets this year are also looking very enticing as well, as he’ll get back Doug Baldwin, Jimmy Graham, Tyler Lockett and Jermaine Kearse, in addition to Prosise out of the backfield. At 71st overall, he won’t be that pricey, as his rewards outweigh the risk involved.

If you want to craft your team with a value-based approach in mind, and not sacrificing a selection at one position because you are getting the best player at another position, then the value picks of Winston and Mariota is the way to go. Both of these young and mobile QB’s find themselves in a different offense from last year with multiple additions to their receivers over this offseason and NFL draft. First, let’s talk about Winston, and to do so, I’ll bring in my good pal Matt Bowe, the biggest Bucs fan in Iowa:

MB: Jameis has all the tools around him now so there is no excuse for him not to succeed. I look forward to seeing him let it fly down the field to DeSean Jackson, as that is a type of player he hasn’t had in his arsenal as a pro. The offensive line is always a question mark in Tampa but I expect him to make the big step and be a Top 10 Quarterback, easily.

Me: Thanks man! Are we recording this week?

I really agree wholeheartedly with Matt. He shouldn’t have any issues to making his way into the Top-10 conversation this year, and with his current ADP around the 12th QB taken, we can start to see that he might come at a value when draft season starts coming in August and September. Winston can produce on the ground and through the air, and I wouldn’t even hesitate to select him at his current price with a nice trio of weapons in Mike Evans, DJax and rookie O.J. Howard.

Now, let’s discuss Mariota. To say that the Titans had a pretty good offseason is putting it lightly. In addition to a draft that saw the arrival of Corey Davis and Taywan Taylor, they also recently signed Eric Decker, and now boast an impressive core group of receivers for Marcus Mariota to utilize. Again, just like Jameis and Russell Wilson before in this article, Mariota is a QB that we can receive some workload on both the ground and through the air. His schedule gets off to a rocky start through the first four weeks, but if you can stay with him through any potential struggles, his upside in this newly revamped offense and team could pay huge dividends when considering where his ADP is currently at.

For those who are looking for a late-round sleeper pick at their QB spot, or depth as a backup, Dalton is your man. His 2016 season was an interesting one, as although he set a career-low mark for TD’s, he did throw for over 4,000 yards and only 8 INT’s, as Head Coach Marvin Lewis stated that 2016 was “the best campaign of Dalton’s career”. There was the belief that the Bengals offense would decline a bit due to the departures of Mohamed Sanu and Marvin Jones. And there was, as especially with Tyler Eifert’s injury during the start of the season, Dalton only had the weapons of A.J. Green (although he was hurt during the final few weeks of the season) and Brandon LaFell (although Gio Bernard was definitely serviceable out of the backfield). Now, things have changed quite a bit, and there is reason enough to want to buy in on Dalton for 2017. First off, if opposing defenses have to guess if Cincy’s offense will go through the air or on the ground, that’s always a good thing for an offense and their leader, and the Bengals haven’t exactly gotten that these past few years with the weak 1-2 combo of Jeremy Hill and Giovani Bernard, but with the new addition of Joe Mixon, this Bengals team could likely have a more balanced approach to their offense. Also, with Tyler Eifert and A.J. Green heading into 2017 fully healthy, and the addition of rookie John Ross, these receivers for Dalton are way better than the help he received last year. Again, if he could reach 4,000 yards in a funnel offense with only A.J. Green and Brandon LaFell last year, the upside is enormous in 2017 with a current ADP in the late rounds. 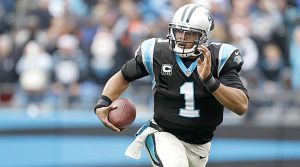 Gone are the days where Cam fit our description as a QB that could produce on the ground and through the air, as after a season in which he suffered multiple concussions, and underwent shoulder surgery a few months ago from a torn rotator cuff. And with their investment in Christian McCaffrey and improving their O-Line in the draft, it’s clear that Ron Rivera and Co. want to protect their franchise QB. And aside from the injuries, we saw last year that he struggled mightily even with Kelvin Benjamin back to the fold. However, his current ADP is still a little high for my liking, and at this range, I would rather get a back or a receiver and then select my QB later on and possibly get either Jameis or Mariota.

I don’t think Ryan is a bad QB for the 2017 season, I just think he’s terribly overpriced, and there is absolutely no way I would take him at his current ADP. Simply put, he’s losing his OC, Kyle Shanahan to the 49ers, which was a big reason for why he was so dominant last year. Also, as a general rule of thumb for me when it comes to my QB selections, I don’t really want to select a gunslinger coming off of a career year. There is a reason why they call it a career year, and it’s because it’s only supposed to happen once in a career. At 45th overall, we’re selecting Ryan thinking that we’re getting the same production, and chances are, especially with Shanahan gone, that last year won’t be replicated. I would only select Ryan if I could get him in the 5th or 6th round, but that isn’t going to happen, and I will stay away at his current price point.

And as for the rest of the QB’s for 2017, there aren’t that many arms that I would say I want to avoid. Guys like Drew Brees, Derek Carr, Andrew Luck and Ben Roethlisberger are all guys that I don’t necessarily love (especially Big Ben, as he hasn’t completed a full 16 games in a while and continues to get older), but I wouldn’t completely avoid them either, mostly because their ADP is in a weird spot where I’m usually focusing on backs and wideouts by the time their names roll around.

Like I mentioned above, this is a deep position this year. There are many different options that I would love to have on my team, and because of that, I can probably wait as long as possible before taking my man. I would much rather gobble up as many backs and receivers I can get my hands on, and then take my pick of Mariota, Winston, or even Andy Dalton. But that doesn’t work for everyone. You may get past Russell Wilson and think, all of these names make my head spin. Lie Matt and I always say, do what makes you feel comfortable. Until next time, please don’t hesitate to leave a question or comment below. Especially if you disagree.