Well, not really, and the real winners (prize winners) will be revealed after the jump, (even though we announced the winner on our podcast), but I just want to send a shout out to everyone involved before we hit the big Super Bowl weekend. So thanks to all the Razzball contributors who hosted a league, to all of you Razzball readers who hosted a league, and, of course, to all of you Razzballers who joined and played in our league. The Razzball Commentator Leagues are a unique feature that are almost the greatest things in the world. I mean, as long as we have boobs and beer, finishing third ain’t too bad. This “universal” league brings the community together, and sure, yeah, while you’re trying to destroy each other with Aaron Rodgers and Le’Veon Bell, I’d still like to think we’re doing it out of love and togetherness (is that a word?). I look forward to building on our numbers next year (while also improving our content covering these leagues, something that we’ve had issues with, admittedly), and look forward to bigger and better prizes as well. In the mean time, let us recognize the 2016 Razzball Commentator League Prize Winners…

The 2016 Razzball Commenter League Master Standings (Click on it. Seriously. Do it. Do it.) 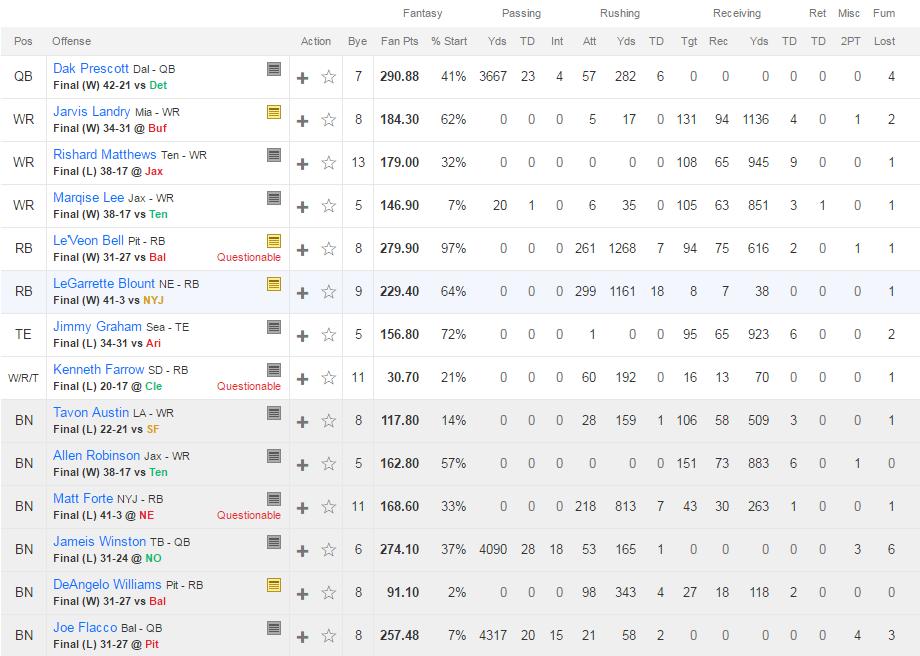 Congrats to Sam’s Lobos! The team has won a 100.00 Best Buy Gift Card and a Razzball T-Shirt!

There were some auxiliary prizes available, which you can find here. If you are eligible for these prizes, please contact me at [email protected]

Thanks for a great season everyone!