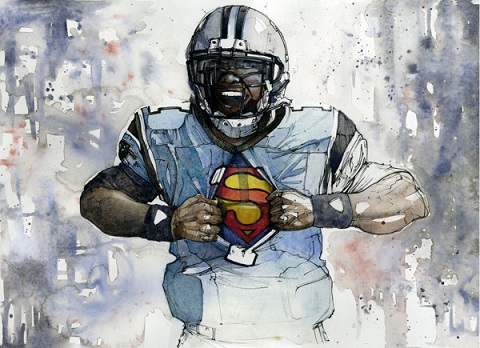 If you didn’t see Cam Newton flip over a defender, get hit in the back while in the air, then stick the landing… kind of… for a touchdown in Jay’s Sunday recap, then you are probably a commie. Since we live in the Land of the Free! and the Home of the Brave!, where access to the internet is… free? Okay, screw the capitalists! Viva la revolution! I’ll shut up and just show it again for all those who missed it…

Cam Newton ended as the No. 17 quarterback in fantasy last year. That was primarily due to a rib injury that caused him to miss two games and be ineffective in many others. Prior to 2014, Newton finished as the sixth (2013), fourth (2012) and fourth (2011) quarterback. The main reason is his rushing ability.

Things are trending in the wrong direction. Attempts, yardage, average and touchdowns have all decreased every year, except for the yardage in 2012. Newton missed two games in 2014, so those numbers could have surpassed the numbers from 2013. With that said, those days of 700 yards and double-digit touchdowns are probably over. A more reasonable projection is around 550 yards and 7-9 touchdowns. Still good numbers, just not 2011 Rookie-of-the-Year Camazing.

The main reason for pessimism coming into 2015 was the lack of receiving options for Newton. The injuries to Kelvin Benjamin and Devin Funchess have been well documented. Tight end Greg Olsen is the only reliable target and he has seven receptions for 81 yards with zero touchdowns in two games so far. Ted Ginn and Corey Brown are the starting wide receivers for the Carolina Panthers and Jerricho Cotchery suffered a high-ankle sprain and is probably out for 4-6 weeks.

Below is a table for Newton’s career passing stats:

The main take away is the decrease in passing yardage every year. The conservative nature of Ron Rivera coupled with a pretty stout Panthers defense should keep the attempts and yardage fairly low. The touchdowns and interceptions will probably be around 20/12. I don’t think we can glean too much from the 2015 completion percentage because it’s off a two game sample. With that said, the lack of offensive weapons and the clamping down on Greg Olsen could make a low completion percentage a reality.

The first two games of the season have been against the lowly Jaguars and Texans. Both games did not require Newton to chase points and allowed Rivera to turtle up and allow his defense to do a Panthers noise type-thing. As for the rest of the season schedule:

I see three games in which the Panthers may have to chase points: Monday night against the Colts, against the Packers, and the game in Atlanta.

Newton was drafted as the 11th quarterback in fantasy for 2015. He makes ridiculous plays and the Panthers have a soft schedule this year. If you’ve read my stuff before, you know I have an affinity for the running quarterback. If you haven’t, please read History of the Running QB.

Here is my projection for Newton this year: 265 completions, 475 attempts, 56% completion percentage, 3,400 yards, 18 passing touchdowns, 13 interceptions, 120 rushing attempts, 600 yards and seven touchdowns. That equates to 354 fantasy points, which would have placed Newton as the No. 7 fantasy quarterback in 2014. In my Predicting the Top 10 Quarterbacks, written in the preseason, I chose Newton as one of the quarterbacks that could fall out of the top 10. Much of that was based on injury concerns. In this article, I am going to assume he plays all 16 games.

There will be some spectacular plays, like in the video at the beginning of the article, but mostly it’s going to be ugly. I would refrain from watching Panthers games with your children. In fantasy, we don’t care if it’s ugly or sexy as long as those points get tallied to our bottom line. We are basically eclectic, degenerate accountants. 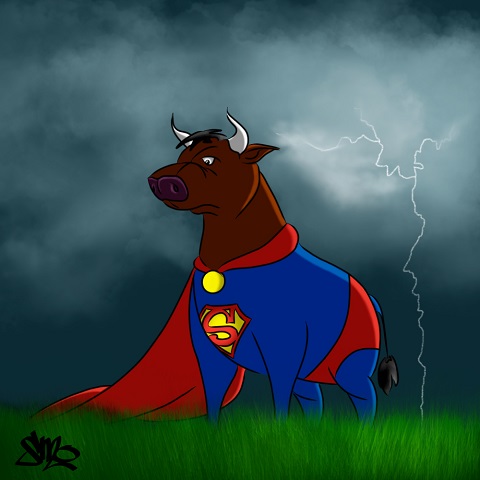