Sorry to disappoint the millions of #Disgrace/Delight fans this week, but Beddict was moving from the “Beddict Penthouse” to “Beddict Manor”. With no internet, countless supplies to unpack, and a chicken coop for my baby, Beatrice, there was simply no time to put forth the proper effort into my Wednesday post. I was told the move would take three hours total… it took nine! Not even the Elder Gods could have foretold the savage beating my wallet endured. Kudos to those of you who are professional movers or have at some point worked for a moving company, for those men are soldiers of the highest order. We can chat about this another time, but feel free to come watch football with me in my new pad and watch some football anytime. Sky’s in my basement right now. “SKY!!!! It puts the lotion on the skin.”

A couple side notes here… Last week’s lock of the week, the Baltimore Ravens (-3), destroyed the Carolina Panthers as Steve Smith Sr. gave his old team the kind of pounding I haven’t witnessed since the Pam Anderson/Tommy Lee sex tape. If we stop there, it would seem like I had a great week… A young man named Matt correctly pointed out that I didn’t seem to realize Oakland was playing in London this past week and not in their home stadium. If only my editor could not only fix my countless grammatical errors, but also do all of my research for me, maybe then, I’d be better at this. [Jay’s Note: Maybe!] Seriously though, that was amateurish of me and it will not happen again. That is, if Jay(Wrong) alerts me when and which teams are playing in London. [Jay’s Note: Sure thing! Here ya go…]

I didn’t get in my Thursday pick last week, and I changed my pick Philly/SF pick to San Francisco at the last minute, giving me a .500 record on the week. Normally, I’d be disheartened by such a performance, but that was before speaking with numerous sharps who seemed to have similar issues. Remember guys, if betting was easy, everybody would do it.

I hit Twitter multiple times with my Packers pick this week, as I was feeling blowout all the way. I also nailed my Matt Asiata prediction (of him scoring no more than 5 points). Unfortunately for me, I was forced to start Asiata everywhere, but you know what makes the pain from being bent over in fantasy go away, don’t you? Yeah, having some floozy from Tinder ride you like a pony with the bidet at full blast hitting that special spot. Winning money is another possible cure, and that’s the focus here, so let’s get to it. This is Betting With Beddict!!!!

The quest for the perfect week continues…

Chicago (+2.5) @ Carolina – I have about as much faith in the Carolina secondary as I do in Christian Slater carrying a straight-to-Netflix film. The losses of Captain Munnerlyn and Mike Mitchell from the defensive backfield, paired with “Da Kraken” being placed on paid leave are proving to be insurmountable. Cutler should have no problem leaving the Panthers secondary looking like Hope Solo’s tweeter.

Cleveland (+1) @ Tennessee – Probably wouldn’t touch this game, but Tennessee hasn’t accomplished anything but ineptitude since crushing Kansas City in Week 1. Bishop Sankey’s workload should at long last be increased, but I wouldn’t count on him breaking out against this tough Browns defense.

St. Louis (-7) @ Philadelphia – I fully expect the Rams front four to wreak havoc on this Eagles O-line which has been obliterated by injuries. I’d bet my life on Robert Quinn getting his first sack this week… that is if my chicken didn’t depend on me for survival. And I suppose injuries and/or triple teams are possible. I’m also expecting Aaron Donald’s coming out party. Rams could steal this one.

Atlanta ( +4) @ New York Giants – These two teams are more difficult to figure out than why Will Smith’s son keeps getting work in Hollywood. Oh yeah, his Dad is Will Smith. Anyway, I like the Giants to win by a field goal as the Falcons offensive line is decimated by injuries, evidenced by their pickup of Jaguars castoff, Cameron Bradfield, the Geo Metro of O-lineman. The Giants are prone to shooting themselves in the foot and it’s tough for me to predict a cover against an up and down Falcons team. I know Atlanta has been disgraceful on the road thus far, but this one will be close. Witness.

Tampa Bay @ New Orleans (-10) – The Saints can’t be this bad, can they? They’re 1-3, and I’m taking them by TEN against the Bucs, who just beat what we thought was a solid Pittsburgh team on the road? I wouldn’t bet on this game with someone else’s money, but I like the Saints to open a can on Lovie and the hopeless Buccaneers.

Houston @ Dallas (-6.5) – Will someone please expose the Houston Texans, PLEASE!? This team should not be 3-1 right now, and I’m expecting a beat down in Dallas on Sunday. Houston has faced about the easiest schedule in football thus far, and has not been great in stopping the run. The Cowboys’ offensive line is the best in football and I expect DeMarco Murray to continue piling up yardage with the occasional decent throw by the now noodle-armed Tony Romo.

Buffalo (+7) @ Detroit – I wwitched to Buffalo at the last minute believing new starter Kyle Orton can keep them close. If Calvin Johnson looked anywhere close to 100 percent, I may have stuck with the Lions, but Buffalo actually matches up pretty well here. Again, I wouldn’t touch this game but if you’re gonna twist my sack, I’ll take the points.

Baltimore (+3.5) @ Indianapolis – Can I have two locks of the week? No way the Colts beat this Ravens team by more than a field goal. I would say Baltimore is the most underrated football team in the NFL as of now, and should win this game straight up. Colts believers can’t seriously be pumped about running up the score on the hapless Jaguars and Titans, can they? Get real people; You must be higher than Jim Irsay on Wednesday afternoon. I really, REALLY like this Ravens squad. Easy call here.

Pittsburgh (6.5) @ Jacksonville – At this point, I’m taking 7 or less every time against this utterly useless Jaguars team. Cecil Shorts and Marqise Lee are both out for the Jags, and Big Ben should decimate this pathetic secondary on the other side of the ball. I see hardly any talent in Jacksonville and wonder how long head coach Gus Bradley can hang onto his job. This is the week Marcus Wheaton breaks out by the way. Expect a couple big plays out of him.

Arizona @ Denver (-7.5) – I highly doubt Drew Stanton is able to do much of anything against this secondary as his pathetic completion percentage will finally cost him. Many are predicting a big game from Andre Ellington but I don’t really see that happening either. I’m feeling blow out, all the way, here.

Kansas City (+5.5) @ San Francisco – The Elder Gods have been known to say, “ He who bets against Alex Smith shall be emptying their wallets….and their souls.” Revenge weighs on Smith’s mind like a mack truck, and I fully expect them to keep it close. The Chiefs looked great Monday, didn’t they? Looking forward to this one.

New York Jets @ San Diego (-7) – Ughhhh, the San Diego Chargers may bore us to death like a Woody Allen movie, but they are looking extremely solid as of now. I must admit that I’ve never been more wrong about a football team than I was about San Diego. Before the season I thought they should blow up the current team and rebuild, as in my mind they would never be better than 8-8 or 9-7 as currently constructed. [Jay’s Note: LOL, after going to the divisional playoffs?] Your boy Beddict was wrong, ya’ll! Geno Smith is the Chad Lowe of the NFL and by that I mean, nobody wants to see him on TV or anywhere for that matter. Vick should be starting by next week. 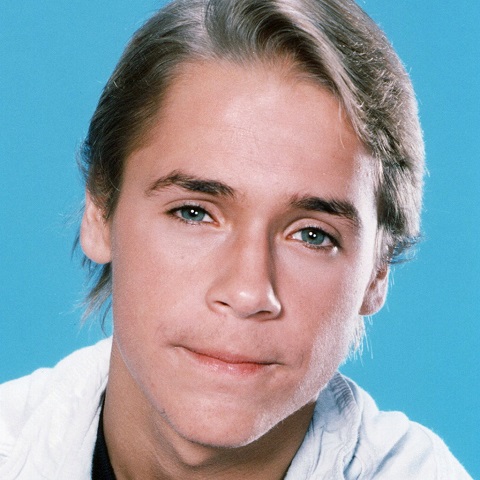 Cincinnati (-1.5) @ New England – It’s tough to bet on the Patriots after witnessing them get curb stomped this past Monday night. I wouldn’t put it past Belichick to pull this one off, but the Bengals have more talent at seemingly every position including, (gulp) QUARTERBACK. I’d go big on Bengals here.

Lock of the week:

Seattle (7.5) @ Washington – I will be buying this to 7, just to make certain that the glory is mine, but this game could and should get uglier than Oprah’s bathroom after a “Ben and Jerry’s” binge. If Trent Williams misses this game, Seattle might win by 30. Coming off the bye week, the Seahawks are ready to unleash a passionate fury so incredible that I’d imagine Quinton Tarantino will someday film a movie about it. Seattle has the advantage in every possible way here and I’m suggesting you cash in on the future back-to-back Super Bowl Champions.

Thanks for joining me for another edition of Betting with Beddict. Per usual, it’s been a real treat. If you’re not doing so already, look me up on Twitter at @Beddict143 and we can chat about life, love and fantasy sports.