Houston. I hate to be the one, but you are not very good… And I know I can be a bit hyperbolic when it comes to making fun of Thursday Night Football, but honestly, why do we never get normal football? It’s either derp level 10 or a complete snore fest. And unfortunately, last night was the former, and I’m not even sure the Texans ever made it into field goal range the entire game. And you’re expanding this to Twitter for more exposure? So I can see all the dumb comments from New England fans in real time? Seems good. You know, I joked in last night’s live thread that Bill Belichick was enacting his “great strategy” to go undefeated during Brady’s absence, but he’s doing something much more dangerous than that. He’s giving the Boston media reason to start hyping 16-0. Oh god.

LeGarrette Blount – 24 CAR, 105 YDS, 4.4 AVG, 2 TD. I didn’t think it was possible for a team that doesn’t exist for about 98% of the general populace would have 0% of run defense, but here we are. I think it’s clear as ever that Blount is the guy. Until next week when James White is the guy. Which will never come if you actually believe it. So it’s all fake. Everything on their depth chart are lies. LIES.

Julian Edelman – 4 REC, 38 YDS, 9.5 AVG. What a gameplan! Rookie quarterback with one week of preparation? Run the ball all night and get a little lucky on special teams and on defense? Genius!

DeAndre Hopkins – 4 REC, 56 YDS. That’s how DeAndre do. Meh, that is. That’s how he do meh. Look, I’m still holding, but I’m starting to get a little worried that this whole Brock Lobster thing just isn’t working out. 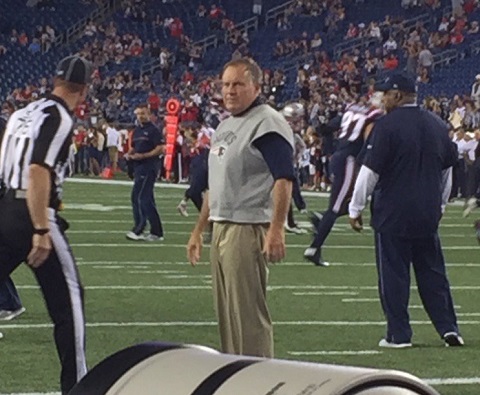