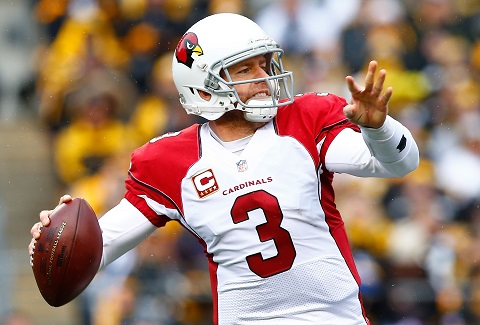 What’s good amigos? Don’t be startled. The door was unlocked so I let myself in. Calm down. Let’s be friends. Here, let me loosen the zip ties and we’ll start with a proper introduction. I’m Honcho, the bearer of good tidings. I’m here to bless you with only the best passing and rushing match ups of the week. Obviously if you own Le’Veon Bell and Tom Brady you’re playing them. They won’t be mentioned below. Deal with it, bro. So anyway, bring your green hat because we’re going streaking! This is such a bittersweet time of the season. I mean, we’re nearly half way through the regular portion of the fantasy schedule and the air is starting to have a chill to it here in the Midwest. That means a variety of things, but most importantly – football season is in full swing. Is there anything better than throwing on your favorite jersey or sweatshirt and gathering around a roaring Galaxy Note 7 to roast some marshmallows with your closest friends? Yeah, that’s the best. Just you and your closest acquaintances debating who gets to dress up as Ken Bone for this years Halloween party. Sounds hot right? Thought so. You know what else is hot right now? Phoenix. They’re prepping for the return of their beloved quarterback and it will be a glorious reunion. You see, Carson Palmer cleared the concussion protocol earlier this week and he’s ready to wreak havoc on the Jets’ and their porous pass defense. As Donald Trump would so eloquently put it: “The Cardinals are going to win – they’re going to win so big on Monday night.” Most of you might be hesitant to believe this, due to the slow start Palmer has produced thus far. But fear not as the Jets have allowed 302.4 passing yards per game this season, that’s good for second worst in the league. The fact that Darrelle Revis is still very questionable for this contest should have you inflating your Bruce Arians blow-up dolls to the legal limit. New York has surrendered 12 passing scores through their first five games while generating just two interceptions. That’s not ideal. What’s worse, they’re allowing opposing QBs an average of 25.8 fantasy points per game since Week 3 along with 13.4 points given up to tight ends. Both rank as second worst in the NFL. Sounds like a date in the desert Monday night. I’ll pick you up at 8:37 PM EST.

Here’s a look at my favorite passing and rushing match ups for Week 6:

Cam Newton – Playing against the Saints’ 29th ranked pass D should be what Carolina needs to right their ship. New Orleans is giving up 301.2 passing yards per game and they’ve managed to produce just 7 sacks all season. If for some reason Cam is unable to go Sunday Derek Anderson is certainly capable of having his way with the Saints secondary. Basically, whichever Carolina QB is under center qualifies as a great play this week.

Brock Osweiler – Full disclosure: I’m in no way a fan of Osweiler. In fact, I think he flat-out stinks. However, we can’t ignore just how miserable the Colts’ have been on defense this year. They’re ranked 28th against the pass, giving up 301 yards per game against just one interception. Indianapolis has allowed 24.1 fantasy points per game to opposing QBs (4th most) and rank in the bottom third of the league when it comes to points allowed (26.1) to WRs.

Alex Smith – It’s not often that “Captain Check-down” appears in this write-up, but then again – it’s not often you’ll find a defense that struggles against the pass like Oakland. The Raiders are ranked dead last, allowing 330 passing yards per game, while giving up 12 passing scores this year as well. Travis Kelce might be in store for a big week as the Raiders’ have allowed opposing tight ends to 10.5 fantasy points per game, which is good for sixth-most in football.

Drew Brees – Carolina ranks 27th in the league in fantasy points allowed to opposing QBs –  giving up 23.2 points per game.

Marcus Mariota – Cleveland’s pass defense is ranked 25th in the league and they’ve allowed multiple pass touchdowns in every game this season. This is a secondary that’s been torched by the likes of Kirk Cousins and Ryan Tannehill so Mariota is in full stream mode this week.

LeSean McCoy – He’s rushed for 330 yards over his last three games, while the 49ers defense has coughed up games of 37/172/2 and 39/194/1 to Arizona and Dallas over the last three weeks. San Francisco is averaging 28.8 points allowed to opposing RBs this season. That’s good for second-worst in the league.

Terrance West – I’m all about the Wild, Wild West this week. Baltimore sent their offensive coordinator packing for not running the ball enough so you know the game plane will contain an outrageous amount of ground work. The Giants’ rush defense has been gashed for 251 yards and two scores over the last two games.

DeMarco Murray – Cleveland ranks 2oth in fantasy points allowed to opposing RBs and they’ve allowed 4 rushing scores over the past three games. Murray is averaging just over 5 targets per game this season so he’ll be an elite option in both standard and PPR formats this week.

Bobby Rainey – He’s taken over the Shane Vereen role and turned it into a 13 catch performance over the last two games. Yes, Rashad Jennings is back and yes, the Ravens are an above average run unit, but they’ve struggled to cover receivers out of the backfield and that’s where Rainey will pay dividends. This is purely a deep PPR play so look elsewhere in standard leagues.