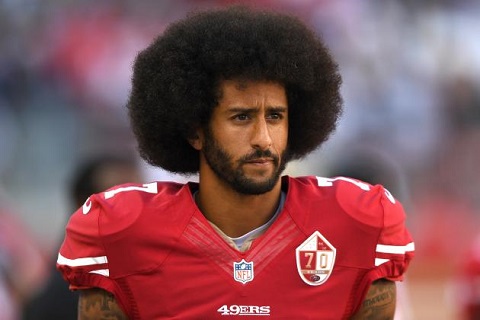 With a routine throw to first, Kris Bryant effectively ended the 2016 baseball season. By now you know the end result – the Cubs won the World Series. My Grandfather was a life-long fan. He wanted nothing more than to see his “Cubs” win a title. He’s no longer around, so I root them on each game a little harder than I used to. Mainly because I feel like I’m cheering for both of us. After Anthony Rizzo pulled the most baller move ever by slipping the game ball into his back pocket, I felt a sense of relief. Closure might be a better term, I guess.  I’m sure there are thousands of stories like this, but I felt like sharing mine. My Grandfather taught me baseball. He taught me to love the countless shades of green on the field, the ever-changing dimensions that each ball park would introduce and of course the pace of the game. He also taught me that there was “always next year.” This was especially important if you were a Cubs’ fan. Whenever we would tune into WGN for an afternoon game, he would wax poetic on Fergie Jenkins, Ron Santo, Billy Wiliams and Ernie Banks. In fact, it was during one of those afternoon games that he let me try my first sip of beer. I was 14. It was terrible. Later, I found out it was Budweiser. So that explains everything. He also took me to Wrigley Field for the very first time that year. Ironically, that was also our only trip there together. So, when I was able to get back to Wrigley and I was of legal age – I enjoyed an ice-cold Bud. And you know what? It wasn’t that bad…..Actually, it was still terrible. But I faked my way through the entire can and I’m sure my Grandfather approved. So this week I’m saluting a terrible player that actually might not be so terrible in the right spot. You follow? Good. I think Colin Kaepernick could be quite useful in Week 9 match ups. He’s facing the Saints who’ve given up at least 18 fantasy points to every QB this season not named Russell Wilson. Kaepernick’s rushing abilities should serve him well, as he’s ran for at least 66 yards in each of his two starts. Just for window dressing I’ll also add that he’s thrown for at least 14o yards and a score in both starts as well. Not too shabby. So if the Saints’ passing D continues to allow 286 yards per contest, which happens to rank 29th in the NFL, Kaepernick could very well be headed towards a productive Sunday.

Here’s a look at a few more of my favorite passing/running match ups for Week 9:

Dak Prescott – The Browns are ranked 25th in the league in passing yards allowed and they are tied for last with 19 passing scores handed out this year. Cleveland has given up an average of 26.8 fantasy points to opposing QBs over the last three games.

Aaron Rodgers – This isn’t even fair. The Colts are miserable against the pass. What’s worse is that Indianapolis has only generated 14 sacks for the entire season. Rodgers will have all day to pick and choose between receivers.

Nick Foles – So all of a sudden Kansas City can go vertical? Yep. Best believe it’s Foles’ world and we’re all just spectators. The Jaguars secondary allowed 302 yards to Brian Hoyer and four touchdowns to Phillip Rivers. Let’s not forget about the 270 & 2 Marcus Mariota put up against this unit as well. Nick Foles is set up nicely this week. Use as directed.

Tim Hightower – I realize that Mark Ingram will still see his share of the work, but San Francisco ranks dead last against the run this season. They’re giving up 185.1 rushing yards per contest and they’ve handed out 10 rushing scores to make matters worse.

Derrick Henry – The Titans are slowly but surely increasing Henry’s workload each week, in hopes of not wearing DeMarco Murray down over the second half of the season. San Diego’s allowing just 86 yards rushing per contest, but they’ve given up 11 scores on the ground this year. I expect Henry to see 12-15 touches this week – enough to find the painted grass when opportunity knocks.

Latavius Murray – Yikes! Denver! Let your opponents deal with that narrative. While he hasn’t supplied the wow factor yet this season, Murray has scored in four of the last six games he’s played in. Denver has given up at least 100 yards to opposing running backs in four of the last six games and with Murray seeing a good number of goal-line looks thus far, he’s very much in play this week.

Darren Sproles – In their last four games, the Giants defense has allowed at least 84 yards from scrimmage to the opposing lead back and they’ve given up four rushing scores during that same stretch. Sproles has averaged 6.6 yards per carry over the last four contests and he’s in line for 15-20 touches this week. making him a safe bet in all formats.