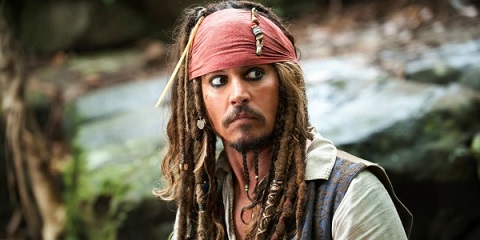 Welcome back to this week’s “Depp Impact”, where we analyze famous Johnny Depp cameos and how they affected the films he appeared in. Let’s start with 21 Jump Street, a surprisingly funny romp in which Depp, wearing more prosthetics than an amputee convention, joined Jonah Hill and Channing Tatum… *answers call from Jay* I’ve been informed that this will instead be another Deep Impact, our weekly look at those options deep league players should be targeting. We’re entering the stretch run for drafting, so let’s take another look at some players you should be looking to scoop up in the last rounds before Week 1.

Hey speaking of drafts, there are still some spots left in our RCLs! Get in there quick before it fills up, so you can all compete for second place to yours truly. Now that the shameless plug is out of the way, let’s get to some names. Keeping with last week’s format, we’ll look at guys currently going after pick 180. If you’re only playing 10- or 12-team leagues, these players are at best people you should keep an eye out on. I caught flak in some corners of the internet last week for mentioning Jay Cutler’s name because mouthbreathers struggle with reading comprehension, and didn’t understand that if you’re late in the draft of a deep league, there is at least one glaring flaw causing these guys to be available…

Joe Flacco, Baltimore Ravens (ADP: 189) – If you haven’t noticed, between this week’s recommendation of Flacco and last week’s of Jay Cutler, the good upside plays are long gone at this point for quarterback. The names going after pick 180 that currently hold a starting job: Flacco, Cutler, Robert Griffin III (ADP: 181), Sam Bradford (ADP: 225), Blaine Gabbert (ADP: Seriously? You’re taking Blaine Gabbert?), Trevor Siemian (ADP: You’ve got to be kidding), Case Keenum (ADP: For the love of all that is holy please don’t do this) and Shaun Hill (ADP: Put the computer down and walk away slowly). Outside of Flacco and Cutler, I see nothing but names that are far more likely to be benched than to put up top 25 stats at the position. This isn’t a vote of confidence in Flacco putting up a banner year. In fact, I’m sure he will give you the same steady, boring stats that he has put on the board across his entire career (playoffs not included). At this point in the draft, in leagues deep enough where every starter gets picked, you’ll be thankful you have those boring stats if your QB1 goes down.

Kenneth Dixon, Baltimore Ravens (ADP: 190) – I guess you don’t have to leave Baltimore to find late round fantasy value. Add that to the list of good things you can find in Baltimore! What’s that? There is no list? As someone who has spent a good amount of time there… yeah that sounds about right. Anyways, Dixon looked like the best runner in a crowded backfield during the Ravens’ preseason, getting first team reps and doing more with them than Justin Forsett, Terrance West, or Buck Allen. Unfortunately, he tore his MCL and has plummeted off draft boards of standard leagues as a result. As a general rule, I avoid drafting already injured players (how is everyone feeling about their Jamaal Charles picks right about now?), but will make an exception if the price is discounted enough to reflect the risk. Dixon will only miss 4-6 weeks, and it’s not like there’s a ton of talent above him to run away with the job in his absence. I’d absolutely take a shot on stashing him with a late pick, especially in leagues that play with an IR spot.

Chris Hogan, New England Patriots (ADP: 199) – From the factory that brought you Wes Welker, Julian Edelman, Danny Amendola, and Danny Woodhead… it’s yet another white guy catching passes in New England! With a banged up receiving corps that has Edelman yet to round into form from a foot injury and Amendola on the PUP list recovering from knee and ankle surgeries, Hogan has so far in the preseason seized the opportunity. There’s a bit of risk here, as catching passes from Jimmy Garoppolo for the first four weeks of the season is a hell of a lot less appealing than catching them from Tom Brady. Plus, if Amendola comes back from the PUP list as soon as he’s eligible (after the first six weeks), that would only give Hogan two games to build on the rapport he’s built with Brady in the preseason well enough to keep Amendola on the sidelines. However, I’m willing to bet a late round pick that Hogan can take advantage of the chance, or that Amendola won’t be ready to go full speed when he’s eligible. If Hogan plays at all like the previous models that have come off the assembly line, he’ll be a valuable pick.

Vance McDonald, San Francisco 49ers (ADP: 258) – I hope 49ers quarterbacks are sitting down when they read this (if it helps, play the national anthem while reading): there isn’t a lot of talent in the San Francisco receiving corps this year. I’ve been studying football all offseason and I just had to Google their depth chart because I honestly couldn’t remember any name aside from Torrey Smith. Oh right, there’s Bruce Ellington! *Does more Googling* Nevermind, he’s out for the year. Well, there’s *furious amounts of Googling* Quinton Patton! And they just traded for Jeremy Kerley! Oh man, if Chip Kelly can get points out of this bunch, it will be the greatest magic trick he’s pulled since he made all of the Eagles’ talented players disappear. McDonald wasn’t impressive last year, but his last 6 weeks’ stats of 2015 projected over a full season would be 56 catches, 700 yards and 8 touchdowns. Those are useful numbers for a tight end this late, and he should be an even bigger part of the offense than last year with Anquan Boldin gone. He could lead the team in receiving this year, and if he’s lucky, being the 49ers’ leading receiver may even be worth a roster spot in fantasy leagues!