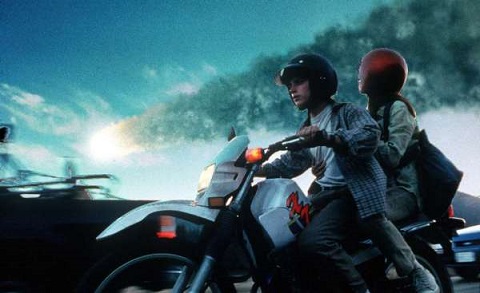 Hi everyone! Welcome to “Imp Acts Deep”, our new recurring piece breaking down my favorite Tyrion Lannister scenes in Game of Thrones. Let’s throw it back to Season 1 for some of Peter Dinklage’s most serious… *answers call from Jay* I’ve been informed the series is actually called Deep Impact. We’ll be taking a look at options for those of you who play deeper formats, have large benches, or maybe just want to live life on the wild side even in a shallow league. During the season, we’ll scrape the bottom of the barrel for good starts that may be sitting on the wire even in 16-teamers. There they are, perfectly good starts that everyone is just wasting. Don’t you know that there are hungry fantasy football players in China that would LOVE to have these starts you just throw away?

As you’re aware though, we are still in preseason mode, so we’ll start this series by targeting some late round gambles in drafts that can pay big dividends. We’ll be looking specifically at names currently going after pick 180, long after your standard format players have ended their drafts at Hooters, polished off their Bud Lights and gone home disappointed that none of the waitresses seemed to truly appreciate their unwanted advances. This is for serious players only, if you’re not really about that life please stop reading. I’ll wait. Dave, I see that you’re still reading this, please stop… Alright, now that Dave is finally gone, let’s dive in.

Want to take on Razzball writers and contributors in the great game of Fantasy Football? For Prizes? OH MY GOD YES. Where do you sign up? Great question! (Even though you didn’t technically ask. I mean, you might have, but I couldn’t hear you…) You can join here!

Before getting right into a handful of names, let’s talk a few deep league strategies at a high level, some of which apply to standard formats as well. First and foremost, anyone advocating some formulaic approach to every draft (Zero RB! All RB! Some RB?) is selling you snake oil. Just draft the best team possible, people. If most of your league is thinking Zero RB, which seems to be the case this season, chances are you’ll be able to get some pretty good values at RB early if you don’t love the receivers on the board. If you’re in a league that tends to go early on backs, you can load up on receivers or tight end. You get what I’m saying, as you are very smart and handsome and probably tell very interesting stories on dates. Second, I’ve noticed in my deep league experience that QBs tend to be valued slightly higher since there aren’t many available options on the wire. For example, in my 16-team league where most teams draft a backup, there may only be one or two starting QBs on the wire, tops. Conventional fantasy wisdom says to wait on QB and not worry about bye weeks, but in this format I don’t mind reaching a bit on a QB I like if it means not having to bank on Trevor Siemian at any point in the season, and I absolutely make sure that my backup does not share a bye with the starter as I’m not guaranteed to find a replacement freely available. Lastly, handcuffs aren’t just for RBs and the bedrooms of Jennifer’s fan base. In leagues this deep, I’ve got no qualms about handcuffing a stud receiver with a WR3 or WR4 on the team’s depth chart, especially if the guy you’re handcuffing is coming off injury and you like the talent of the backup. With all that being said, let’s get into it.

QB – Jay Cutler, Chicago Bears (ADP: 210) – Listen, I never said all these names were going to be sexy. Cutler’s status as Jeff George 2.0 has been pretty much written in stone at this point, so this is far from an upside play. This is just a case of the fantasy community being bored with a name and having his draft stock plummet as a result. With an ADP of 210, Cutler is being drafted behind the following guys: Teddy Bridgewater (46 picks higher), Brock Osweiler (39 picks higher), Robert Griffin III (25 picks higher), and Joe Flacco (22 picks higher). You know what they all have in common? All of them are projected to score as many or less points than Cutler this season per our recently published projections. Cutler has the weapons around him to put in a solid QB2 season, and at this price point, I’m more than willing to let other people gamble on the 3rd Annual Robert Griffin Redemption while I snag a guy two rounds later who is far more likely to have the better season.

RB – Cameron Artis-Payne, Carolina Panthers (ADP: 230) – I’m pretty surprised that the backup to Jonathan Stewart, who hasn’t played a full season since 2011, is available this late. If you’re drafting Stewart in a deep league, CAP is a must-own. If you hate the guy who drafted Stewart in your league, CAP is a must-own. When Stewart missed the last three games last year, CAP stepped in with 220 yards and a touchdown in that stretch, which is solid production out of a Flex spot in a 16-teamer. Obviously Mike Tolbert is still there to vulture touchdowns and any unfinished food in the locker room, and Fozzy Whittaker is lurking on the depth chart as well, but reports out of training camp and preseason indicate that CAP is the preferred backup, and may take on an expanded role in the offense even when Stewart is healthy. It would be smart of them to get CAP involved to keep Stewart from getting beaten up too badly, and also to give him more familiarity with the offense when Stewart inevitably gets beaten up too badly.

WR – Will Fuller, Houston Texans (ADP: 202) – This ADP is probably not representative of where Fuller is going to be getting taken in drafts from now on with how he’s looked so far in training camp and preseason action. I know, I know, preseason stats are about as useless as the boxes of VHS tapes in my dad’s garage. Just let them go, Dad! And get rid of that weird old family portrait with Mom that’s sitting in there too, you’ve been divorced for 20 years. Unlike those old tapes and the failed marriage, Fuller is just getting started. Being the starter across from DeAndre Hopkins is a nice place to be, as the All-Pro will command significant defensive attention, and Fuller has the inside track for the job. He’s a burner (check the 4.32 40-yard dash at the combine) and is clicking early with Brock Osweiler while getting a lot of run with the first team. By this time next week, he probably won’t even qualify for this article. Get him.

TE – Austin Sefarian-Jenkins, Tampa Bay Buccaneers (ADP: 207) – After a rough beginning to training camp, being demoted to the second team due to a lack of effort and focus, things are beginning to look up for ASJ. He appears to be back in the coaching staff’s good graces, and has the talent to stay there as long as he can keep from turning into the next Kellen Winslow (his strange “I’m a villain” interview sounded like it could’ve been right out of Winslow’s mouth). Simply put, he’s far more talented than Cameron Brate, and even when the two are on the field together, ASJ figures to be a much larger part of the passing game. This late in the draft, you’re getting a very low-risk flier on a guy who could wind up being a TE1 in all formats by the end of the season. Take the plunge, and be the villain of your drafts.