Greetings! I’ve just now pulled myself out of the filthy pit of wretchedness that losses from MY Seattle Seahawks and MY Buffalo Bills placed me in. Well, them and the mass quantities of drugs and alcohol partnered with 12,000 calories of ribs, cupcakes, and peach cobbler I made for myself and all my guests on Sunday. Say one thing for Tehol Beddict, he’s a binger. Anyways, speaking of wretched pits of despair, I’m curious to know how Philadelphia Eagles fans are feeling at this moment in time. Prized free agent running back DeMarco Murray has been useless thanks to an offensive line being treated like Donald Trump, if he were to show his face at a “Mexican Lives Matter” rally. Sam Bradford resembles a teenage girl in shoulder pads and I feel like it’s just a matter of time before he goes down like a Kardashian at a Grammy’s after-party. And big-money free agent Byron Maxwell has been toasted so many times thus far, I believe he’d need to hold the opposition catchless for the remainder of the season in order to receive a positive grade from all the professional scouts out there. Chip Kelly is still looking for “his precious”, a quarterback that can flourish in his system (preferably an agile one), and it doesn’t seem like he’s going to discover it anytime soon being that they’re going up against Darrelle Revis and that vastly improved Jets secondary in Week 3. Maybe some wizard-protected Hobbit is boguarding the secret treasure that Kelly has seemingly lost in 2015, but unless he’s able to see invisible beings, he just may be out of luck. Maybe a couple extra kale smoothies will fix everything, but this has the look of a total dumpster fire. FIRE EVERYONE! 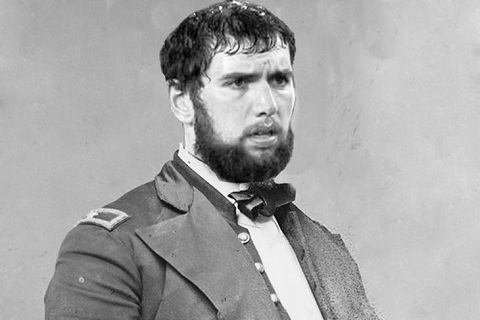 Andrew Luck – Look, the Colts have looked worse than Mickey Rourke’s plastic surgeries on both sides of the ball thus far in 2015, but I’d bet my chicken Beatrice’s life they pull this one out. Yeeeees, I know that Tennessee ranks in the top three in NFL pass defense thus far, but they were going against Jameis Winston and Johnny Football. Andrew Luck is whole different animal, a much hairier and more talented animal. And this man is angrier than a locked up and sex deprived honey badger. Anything less than greatness is unacceptable.

Latavius Murray – If my boy, Latavius is going to break out, it simply has to come in week three, at Cleveland, who by the way has given up more rushing yards than any team in the NFL thus far. In my opinion, Murray is one of the most talented running backs in the NFL, and in what I expect to be a close game, Murray should FINALLY break 20 carries and 100 yards. Oaktown G’s are the crazzzzzziest!

Jonathan Stewart – Another young stallion we’ve all been waiting on, who’s had a tough go of it versus two tough defenses. Now, Stewart gets to face off with arguably the most disappointing team in football not named the Eagles, the New Orleans Saints! Yep, Sean Payton is baking a lough, and it smells like sourdough. The Saints are 24th against the run and a nice, plump banana in their tailpipe should all bu tend their playoff hopes.

Le’Veon Bell – The moment has come for all to rejoice in the return of the best running back in the NFL, Le’Veon, first of his name, and King of black and yellow nation! All hail the favorite son of the Elder Gods and expect nothing less than 150 total yards in his return to action, as I fully expect him to be chomping at the bit. The Rams were Eiffel-Towered by the two-headed monster that is Matt Jones and “Sir” Alfred Morris, and I suspect that Bell should be able to handle this ram-rodding single handily. Yes my goodmen, it’s good to have football’s version of Sir Lancelot back on the football field, and I continue to pray to the Gods he’s kicked that nasty weed habit for his forthcoming greatness was written in scriptures millenniums ago. He is the chosen one.

P.S. I apologize to anyone I told to sit D’Angelo Williams. How could I predict the Niners defense would be that pathetic after shutting out Minnesota? I expected Williams to have 40 or 50 yards, and he ends up getting three gifted short yardage TD runs. Shame on me. But not really. I take it back! IT WAS ALL LUCK!

DeAndre Hopkins – Dre-day was basically shut down in Week 2 by the legendary Josh Norman, who by the way, is a top-five corner in the NFL right now, but I highly doubt Tampa Bay, with that Charmin-soft defense, will be able to contain this hog. I’m expecting 100-plus yards and at LEAST one tub. Hopkins has already surpassed all the expectations I had for him when he entered the league, and I’m now the leader of his fan club. It only costs $75 to join. D.M. me for my address.

Jordan Reed – With DeSean Jackson out, Kirk Cousins has locked onto Reed like they’re a couple of red-nose pit bulls during mating season. Luckily for the team (and for us), Cousins has been able to release from Reed for periods of time and hand the ball off to his pair of boss hog running backs, but Reed remains his number one target going forward and I love him this week against the Giants.

Sam Bradford – Not kidding this time. Todd Bowles. Darrelle Revis. Muhammed Wilkerson. You’ve got to be realistic about these things.

Justin Forsett – All my nightmares are coming true. No, not the one where I’m hiding in Ralph Lifshitz’s closet when he unexpectedly came home from work in the middle of the day to surprise his wife with flowers and I have to flog the dolphin to avoid blue balls. The one where Justin Forsett is exposed as a barely better-than-average NFL starting running back along with not being a goal line back. PEOPLE WERE SAYING TO DRAFT THIS GUY IN THE SECOND ROUND!!! ARE YOU SMOKING CRACK LACED WITH PCP!!!?!?!?!!? F*CK!!! Wasted pick, and that’s the Elder Gods’ honest truth.

Lamar Miller – I wrote about the Dolphins offense last week and they continue to baffle me. Yes, Tannehill put up great fantasy numbers, but who cares? They lost at Jacksonville and his numbers were inflated simply because they abandoned the run. Miller was another guy that I actually got TALKED INTO moving at least five spots up my preseason running back rankings, and also because backup Damien Williams is ass. I’m now wacking my dong with metal ruler as punishment for letting ANYONE talk me into doing something my gut was against. Maybe the super cool guys at fantasy pros will let me change it back if I tell them I was highly medicated during a penis enlargement surgery or something. It’s worth a try. I don’t like Miller a lot against Buffalo this week, but it would be hard for him not to have his best game of the season, you know, because his first two have been absolute dog shizzz.

C.J. Anderson – Daddy make it stop! I believe I drafted Anderson in the first round in the Razzball Writer’s league, and am now paying the price for it. I now sit at 0-2, after BARELY losing the first two matchups, mostly due to Ceeeej being a total sack of gutter trash. If his toe is to blame, I truly hope they give him a week or two off to get it right, for this is painful to witness. Detroit’s run defense has been a huge disappointment thus far, but then again, Anderson has looked useless in two games now, so I’m not expecting anything close to greatness.

Nelson Agholor – Let me know when Mark Sanchez takes over and I’ll consider starting the rookie Agholor. Dude just doesn’t look right to me. I’m thinking the Eagles should try to get second-year man Michael Huff a bit more involved rather than force it to the young man who clearly isn’t ready for prime time… or maybe Sam Bradford is just a bum. Probably the latter.

DeMarco Murray – I’ve already spoken about the Schmiegels at length today, but I’ll let you know that I HATE this matchup against the Jets for Murray. I suppose he has a shot of breaking free due to a blitz or something but this should be a rough game for all involved. And he hates Sam Bradford… as he should.

Jordan Matthews – Darrelle Revis. Sam Bradford. Must I go on?

Josh Hill – WHERE IS THIS GUY!??!! I loved all the preseason articles that compared him athletically to Jimmy Graham, and said he was actually more physically gifted. Even if that’s true, dude obviously can’t play football for sh*t. Drop him immediately.

Thank you for joining me for another edition of Disgrace/Delight. It’s been an absolute pleasure and as per usual all your comments and questions will be responded to in the space below. I look forward from hearing from you. Or do I?