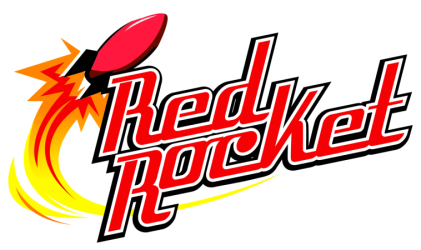 So week one is done and in the books.  We now know what every player and team will do every week from here on out.  You don’t even need me to give my input on this week, to be honest.  Go look back at those first few games, extrapolate and boom: profit.  If only the world worked that way.  I mean, John Kuhn gonna have a 16 TD year, right?  Right…well there is one thing I think we can hang our hat on from year to year: my penis.  I’m sorry, that was lewd.  And kind of painful.  You didn’t tell me it was a beer helmet with two full tallboys!  No, what we can hang our hats on are stats: specifically home/road splits.  And with that, we’re here to discuss Andy Dalton, aka the Red Rocket.  What, you’ve never heard of someone calling him the Red Rocket?  Clearly you read nothing of what I wrote last year, then.  It’s alright, I didn’t either so all is forgiven.  Dalton’s splits over the last couple of years have shown he’s a vastly better play at home than on the road.  Looking specifically at last year, he had a 20:9 TD to INT ratio compared with a 13:11 line on the road as well as a +17.5 QB rating swing when enjoying the Cincy confines.  Of course, splits only tell half the tale.  Who is he facing, you ask?  The Atlanta Failcons.  You see it?  See what I did there?  Now Atlanta isn’t the same team as last year so pointing out they gave up the 4th most fantasy points to opposing QBs last year isn’t saying much.  But they did give up half of the mark of the beast to Drew Brees last weekend with 333 passing yards and I don’t see a reason to think they’ll slow down Dalton this weekend.  Welcome to Gingernnati, snitches!  I’m all over this red head this week like Hermione Granger on Ronald Weasley.  The fact that he’s priced outside of the top 10 QBs on DraftKings at $7,500 is quite baffling to me to say the least but I’m not gonna complain.  With that, let’s move on.  Here are Razzball’s picks for the week 2 slate for DraftKings 2014 Fantasy Football season…

New to DraftKings? Scared of feeling like a small fish in a big pond? Well try out this 10 team league of Razzball writers and friends to wet your DK whistle. Just remember to sign up through us before you do.  It lets us know that you care!

Jake Locker, QB: $7,100 – Analysis in two words: Dallas.  Cowboys.  I’d give him a roll if you could have a secondary QB but most likely this is gonna be a grind down game but it doesn’t hurt to get a piece of the Titans pie via Locker.  He has a good shot at a 300 yard game if somehow Dallas can stop the run so he’s on my radar but I like Dalton too much to make him my QB play this week unless I’m priced down to him.

Russell Wilson, QB: $7,100 – Nick and I talked pretty extensively on the #32in32in32 tour that the ‘hawks would pass more this year.  And then they throttled the Packers at home.  So.  What.  That was at home.  I think we see a bit more of an aerial attack on the road from this team, especially against a Chargers defense not much improved in their secondary after giving up 300+ yards to Palmer on Monday.  Again, I’m still going Red Rocket but if you wanna go…uh…black bullet?  Hrm, I got nothin here.  Just consider him an option.  Moving on…

A.J. Green, WR: $8,200 – Can’t give a QB and not give a pairing.  Nope, wouldn’t be prudent.  Not like you needed any motivation to start the second-highest priced WR on the board but hey, I’ll take obvious when I can get it.

Justin Hunter, WR: $4,300 – Carson McCullers would say The Heart Is A Lonely Hunter.  My question in this situation is what body part is a Happy Hunter?  The boobs?  Works for me!  Oh and analysis is still: Dallas.  Cowboys.

Eric Decker, WR: $5,300 – When Decker isn’t priced like a mid-tier TE will be the day I don’t roll with him.  Last week he was inches from a TD.  BTW, those inches were created by Michael Vick not being able to throw to a guy wide open at the back of the endzone.  All this to say, his 5/74 would’ve been a bit more recognized had it been 6/80/1.  He’s still the man in the land of the New York Jest passing attack and you can’t tell me you don’t think they’ll have to do it often vs the Packers.  A 100 yard receiving game should be in store here.

Jordy Nelson, WR: $6,600 – Green Bay is gonna play angry and I’ll take the little angry white guy who’s stretching the field.  I expect a bounceback game for all things Green Bay and I want the most likely Red Zone target for Rodgers to get in on it.

Larry Fitzgerald, WR: $6,200 – But…but…one catch!  Exactly, which makes him a perfect tourney play.  We’re already one week in and people are figuratively sh!tting their pants over a bad Fitz showing.  Well, some people literally, but I still think that’s just an incontinence issue plain and simple.  Think AZ will have to throw and that Ellington will be a slight non-factor, leaving more room for Larry to work his PPR magic.

Brandin Cooks, WR: $5,300 – Enjoyed the ride last week and he’s getting priced for me to jump right back in for week two.  Keep in mind that Toon and Stills were inactive for week one which greatly affected his targets most likely but I still think we have a Darren Sproles+25 reception year on our hands.  Remember, DK is a full point per reception and last week he scored 7 points from his recs alone.  Yes, that means he had 7 receptions.  Sheesh, I have to do the math for you too?  Ridic…

Jamaal Charles, RB: $7,400 – Might be the cheapest you see Charles for the rest of the year.  I don’t know what Andy Reid was doing week one.  No one did.  Let’s just assume he fixes it for week two and we get our huge amounts of touches for Jamaal for this week.

Shonn Greene, RB: $3,300 – Uh, if he’s not 50%+ owned on Sunday, the world doesn’t get how this works.  Great matchup and a likely 100 yard day for Shonn makes his price worth it because Dallas.  You saw last week’s game, right?  Defense is a mess, y’all.  Don’t fight it, ride it.  There’s zero PPR upside here which is definitely a downer but he could also go for 100 and score 2 TDs.  No reason to go sexy at RB when servicable could get you the same stats.  BTW, ‘Not Sexy But Serviceable’ would make for a great Ron Jeremy biography title.

Isaiah Crowell, RB: $3,300 – Surprise!  Ben Tate got hurt.  We all knew it would happen, I just don’t think we thought week one would begin our Tate faith testing.  Clearly you’ll need to keep your eyes on the health of Ben but Crowell did score two touchdowns last week and until Josh Gordon is back, this team ain’t gonna be slanging it.  Ground and pound for days!  Low’ish upside without getting involved in the passing game but it looks like he gets the goal line tugs so keep apprised.  You might have something to Crowell about come Sunday.

Larry Donnell, TE: $3,000 – Recency bias, you say.  You’re right, his first week vs Detroit definitely makes this call a bit more comfortable for me but you wanna know what makes me even more comfortable?  That Arizona still yielded 10 targets to Gates.  Yes, this is the same team that couldn’t stop TEs last year.  It’s a punt play with upside.  Abuse it.

Jacksonville Jaguars, DST: $2,500 – Yeah, I’m just cray now.  But this is the squad that held the Eagles down for quite a while in Philly last weekend.  I’m gonna say that was much more their defense than it was the Eagles sputtering and I just don’t trust Washington to put it all together at this point.  Remember, when others jig, I Jaguar.