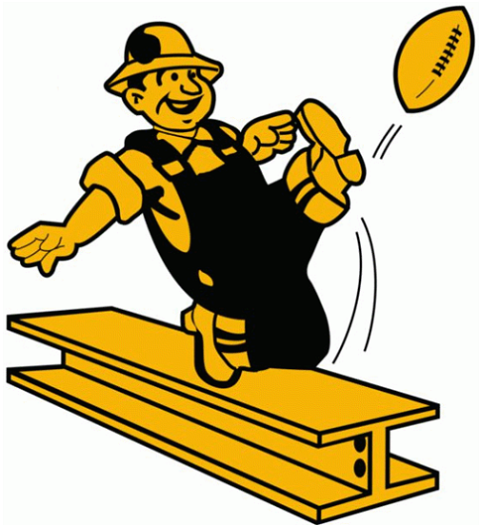 For a sixth straight season, Razzball will be interviewing NFL-team blogs for some actual in-depth football knowledge to shed some additional light on our fantasy football knowledge.  Keep your eye out for an interview for every NFL team for our Team Preview Series through the summer.  This installment comes courteous of Neal Coolong from the leading Pittsburgh Steelers blog: Behind the Steel Curtain.

1. With Emmanuel Sanders leaving for Denver, who do you believe will step up and take over the WR2 position? Do you believe it will be a wide receiver by committee approach?

I think it will be an “Antonio Brown and the Rest of the Steelers’ Receivers” band in Pittsburgh this year. Brown is on deck for another 160-plus target season. The Steelers’ next two most targeted receivers may not even be from the WR2 position. Tight end Heath Miller and running back Le’Veon Bell can make just as strong an argument to be the team’s second and third most productive receivers in terms of receptions.

That said, reports about the level of comfort between Ben Roethlisberger and free agent signing Lance Moore have been optimistic. Miller and Bell are match-up challenges though, and Roethlisberger looked to each of them about five times a game each last year, as was Jerricho Cotchery, the team’s main slot receiver.

There have been reports that Moore has worked both at the split end position as well as the slot, so there’s a possibility Moore, and not second-year WR Markus Wheaton, gets more looks down the field. I’d say there are around 250 targets to be distributed between Moore, Miller and Bell, so the question as far as the WR2 spot goes is how much big-play opportunity Moore will have this year. Cotchery caught 10 touchdowns last year while being targeted on a level equal to Miller and Bell on a per-game basis.

Translation: The Steelers are going to be about Antonio Brown, then a bunch of other players lumped together. I don’t see Moore replicating Sanders’ 112 targets and 67 catches, but I could see Moore around 50 catches with six or seven touchdowns.

2. Now that the Steelers have obtained LeGarrette Blount’s services, do you believe that he will take a significant amount of touches away from LeVeon Bell? If not, what kind of role do you think he will play in the offense?

Blount is in full-on Vulture Formation right now. He’s an excellent runner, one who had a lot of success in New England’s outside zone scheme. The key here is Bell’s value as a receiver. Stretch his rookie season production over a 16-game season, he’s a 55-catch running back, and the Steelers’ utilization of the no-huddle offense and 11-personnel packages in that no-huddle, Bell will have plenty of opportunities in the passing game. That’s his higest-and-best-use as a second-year player.

I think that’s exactly why the team brought Blount in, and I don’t see a talented running back like Blount choosing to sign with a team that gave 20-plus touches to a rookie last season unless they convinced him he’s going to get a good amount of carries.

At this point in their careers, I think Blount is the better runner. That’s subject to change, but watching every carry both had last season, it seems Blount has better vision and an impressive level of acceleration. Both will be able to run that stretch zone play and the Steelers are going to run a lot of that. But it wouldn’t be surprising to see their respective workloads in terms of carries fairly close. Bell will have more touches overall, and his value as a top Fantasy running back will come through his versatility. Steelers coach Mike Tomlin has always favored the hot hand, and will likely give both backs the opportunity to carry the ball within the team’s first two possessions each game.

That could mean Bell leads the team in rushing in Week 1, and Blount leads it in Week 2, and so on. Bell will end up having more touches overall, and probably more rushing yards, but Blount stands to cut into Bell’s rushing attempts this year.

They can still work to get Bell that 18-22 touches a game rate he had last season, but there will be plenty left for Blount to show what he can do.

3. Ben Roethlisberger was eighth overall in total fantasy points for quarterbacks last season. Do you see him as a top ten quarterback this year? If you do, who are you drafting him over?

Roethlisberger has the franchise’s top three seasons in terms of passing yards. The Steelers reached the playoffs in just one of those seasons, 2011, and he appeared to have injuries to three of his four limbs by the time that loss to Denver rolled around.

The Steelers drafted four of their five starting offensive linemen between 2010-12, and three of those four came in the first and second rounds. They selected a running back in the second round of the 2013 NFL Draft, and they signed a quality back-up running back this offseason.

I think we’ll see an increase in rushing attempts league-wide this season, and the Steelers will be among the better rushing teams in the game. That creates something of a split opinion on Roethlisberger’s stats from a Fantasy perspective. They’ll be able to run the ball with a higher level of success than they had, and the absence of three experienced receivers (Brown, Sanders and Cotchery) has to have some kind of impact. But a healthy Heath Miller thrived under offensive coordinator Todd Haley in 2012. He had a career-high 816 yards and eight touchdowns in 15 games, catching 71 passes on 101 targets. He’ll be 100 percent healthy from the first snap of the season, and the Steelers will want to get him the ball.

Brown will have another 95-plus catch season and Bell will be among the running backs leaders in receptions, but this team wants to run the ball more successfully and more frequently than it did last season. I see Roethlisberger being a more efficient quarterback, and will be much better coming out of the gate than he was last season. My only concern, from a Fantasy prospective, is opportunity. The Steelers’ defense won’t allow as many points and yards as they did last season, thus lessening the amount of late drives in which the Steelers are behind.

The big question is how well will his positional adversaries do? There are just so many quarterbacks in pass-heavy offenses who will chuck it deep more often than the Steelers figure to this season. I’m taking him over the likes of Joe Flacco, Matt Schaub, Andy Dalton, Cleveland Browns QB1, Tennessee Titans QB1, Eli Manning, Carson Palmer, Ryan Tannehill and Josh McCown. I’m not sure if that’s supporting the notion of starting Roethlisberger or decrying it, I just think the Steelers’ offense is going to be well-balanced in 2014, and I see his pass attempts reducing this year.

How about that, Antonio Brown is the starting QB for the Steelers. Going to be a long year.

@kf: He could be. Fixed again.