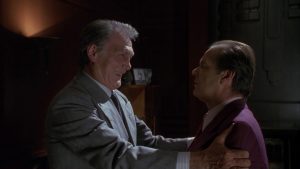 A savvy vet and sparkling rookie will lead most of my teams into battle this fall. Many of the Ben shares are leftover from previous dynasty teams but should perform just as well in 2019. It is curious how the QB of a unanimous elite WR, stud RB (who catches passes), and highly touted TE sleeper is going around the QB12 borderline after finishing QB3 in point per game a year ago.

As for Kyler, what can I say? That’s just on #brand. I touted him in my first article published on Razzball and I continue to go all in, especially as his price has dropped below Lamar Jackson in some leagues!

Give me all of the Bay Area Backs (BABs™). Coleman is more expensive at RB27 while Breida is going around RB44, but both should outperform their ADP. Coleman has received the bulk of the use this preseason logging a strong 62% of the snaps while Jimmy Garoppolo has been in. As for Breida, how can you pass up a guy that can do this???

My July Henderson shares morphed into Justice Hill shares as the summer dragged on. I see them as a similar guy: explosive, pass-catching rookie RBs for whom I just have to pay to see the flop. We’ll see what hits.

Justin Jackson was simply too cheap not to invest in while MGIII continues his hold out. I think he’s a good player, but that backfield wont be all his even with Gordon gone. He’s a luxury end-of-the-bench stash.

I miiiiiiiiight be overweight on Dexter Williams, who was merely an attrition play earlier in the summer. However, the scuttlebutt is that he’s not going to do anything in 2019.

I am starting to believe if Kansas City cuts Carlos Hyde, as all the beat writers have projected, Damien Williams is a stone cold lock to be a league winner. Still often available in the 3rd round, it seems that the Chiefs may only have 2 viable backs to start the season. It’s hard to envision Andy Reid giving much more than a 30% snap share to Darwin Thompson. That leaves a lot of uber-quality snaps for Damien and a top 5 finish is not out of the question. As for Darwin, the fantasy football writers guild would excommunicate me if I didn’t have a few shares.

Sanders became expensive to acquire but I couldn’t ignore the most athletic rookie back who landed in one of the best offensive situations.

Although I’m not very excited about Ballage, he landed on multiple teams just because he is in line for volume and was practically free early in the draft season.

[guy blinking dot gif]  I blame my ADP Royal Rumble III article for Kupp being my most owned player across all leagues. He was barely on my radar before diving in, but safe to say I came away impressed. He was so good in 2018 before his ACL tear derailed him and the entire Rams offense. It certainly takes a leap of faith (and some cherry picked stats) but there is a path that leads to Kupp finishing as a fantasy WR1. In 7 healthy games last year he was on pace for 123 targets (with Woods and Cooks). He has averaged 14 yards per catch and a nice 69% catch rate for his NFL career. Putting all that together, it’s conceivable a 123 target season would result in 85 receptions and 1190 yards. Touchdowns are fluky but his career 10% TD rate would add roughly 8 scores to his line, and we know that offense is not shy about getting in the endzone. In the end, I think this is a player being drafted at his floor in a great environment with room to grow.

Can you tell I tend to draft WR heavy? A pair of consensus studs show up here, however the Adams shares are of the previously owned dynasty variety. In redraft I have liked my teams that start with 2 of the top 7 receivers and 2 of my preferred middle-tier RBs. I don’t think I need a deep dive into OBJ or Adams as they are rock solid elite WRs. Lock and load.

LOL @ Demarcus Robinson! These were all acquired prior to Tyreek Hill being reinstated, of course. All DRobs have been notified that they will be dropped at the first waiver wire run.

Like Murray, I’d question my own integrity if I didn’t have a good amount of Kirk. There was a time during draft season his price was getting a little high, but I expect to add one or two more now that all the Cardinals hype has cooled.

My two favorite rookie receiving prospects are up next. Both had teenage breakouts, good college dominator rating, encouraging testing numbers, and were drafted into appealing offenses. Isabella has seen his stock dwindle this preseason while JJAW’s has risen, so net neutral investments so far.

Tyler Boyd is Cooper Kupp in a worse offense. I think he’s destined to outkick his ADP but the ceiling probably isn’t as high. A safe WR2 or premium WR3.

A late bull market on Josh Gordon has coaxed me to land a decent amount. My first share was in the 18th round of an RCL the night before his reinstatement and I’m still buying, albeit at a higher price. With a Gronkian void left in the New England offense I am willing to place a bet on the league winning #GordonSZN we all want to see.

I have played tight end differently in almost every draft. It really depends on how the other positions fall. While I like the top 6 group that ends with the trio of Engram/Howard/Henry, I typically don’t find myself willing to pay the price. Darren Waller is a suitable dart throw once you get past those top 6 and if he doesn’t pan out I’ll just stream (or pick up Chris Herndon).

RSJ shares are leftover from 2018 and will be cut after the first waiver run I’m sure.

I still think Damien Williams is a value and would be happy to add more this weekend… Even in the 6th round I can’t get enough Josh Gordon… I’d like to see Will Fuller as my WR3 on some teams. Give me James Conner, Nick Chubb, Chris Carson, and David Montgomery at their prices. At the end of drafts I’ve been leaning towards Deebo Samuel with all the negative vibes surrounding Dante Pettis.

Players I am glad to have limited or no investment in