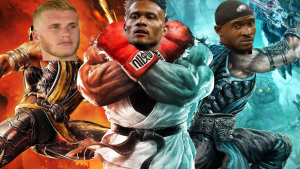 ADP Royal Rumble III will pit a difficult group of WRs in the fifth round against each other: Cooper Kupp, Kenny Golladay, and Alshon Jeffery. With an overall ADP separated by less than 1 pick, one of these WRs can be the difference between fantasy ecstasy and despair. At this point in the draft you need stable production with undeniable upside. Now, without further ado, let’s get ready to RUUUUUUUMMMMMBBBBLLLLEEEE!

Somehow Jeffery is still on the right side of 30, despite being a fantasy fixture for years.  It may also be surprising to know that he has not surpassed 900 receiving yards since 2014. Between inefficient play and many missed games, he has not recently put together a season that would excite fantasy managers. One thing remains however, the old man can still post up, as evidenced by a top 10 contested catch rate in 2018.

With 2 strong tight end options in Philly and a new field stretcher in Desean Jackson, the days of Alshon being a target hog are behind him. He is fading into a touchdown-dependent, low floor option with over half his games falling outside WR3 range last season. Alshon Jeffery’s name is keeping him relevant this draft season, but I wouldn’t be surprised if he falls out of the single digit rounds by this time next year. He doesn’t even belong in this group, stop the fight, this guy is done.

There are some reasons to be excited about Golladay heading into 2019: he is entering a prime age range, he should be the top endzone option in the Lions passing game, and he has shown the ability to both be a deep threat and create yards after the catch. The raincloud that hangs over his head is the offensive environment in Detroit. New coordinator Darrell Bevell wants to run the damn ball. In 8 years as OC prior to 2016, Bevell’s offenses attempted an average of 473 passes per season. His 2016 and 2017 seasons in Seattle were characterized by devastating injuries to multiple running backs. Case in point: Russell Wilson was Seattle’s leading rusher in 2017 with 95 carries. It’s safe to say that was not in the original design.

Making the assumption that Bevell will return to his ground and pound ways, Detroit won’t throw the ball 500 times. If that’s the case, Golladay may have a tough time achieving WR2 status. With a pie that small, he’d have to see about 25% of the targets to reach 120 and that seems unlikely. Marvin Jones is healthy, gritty Danny Amendola will man the slot, and new toy T. J. Hockenson will get looks. His profile seems like it should have Led Zeppelin upside but unless we get an outlier season catching TDs, Kenny G’s ceiling is just a smooth saxophone solo.

This third installment of the Royal Rumble was not even a contest. The other two contenders didn’t have a right to be in the ring with Kupp. His ACL tear in week 10 really masked what an outstanding season he was having in 2018. Kupp was 4th in fantasy points per target, 9th in fantasy points per pass route, and had the 4th highest QB rating when targeted. Of course, there is the ACL question but the good news is that he was relatively young when sustaining the injury. Because Kupp was 25 last year at the time of the tear, we can be optimistic about increased production in the future.

He is attached to an incredibly efficient and explosive offense that should continue to score boatloads of points. There are a lot of mouths to feed in Los Angeles, but Kupp has truly earned his share of targets and a McVey/Goff target is one of the most valuable in the league. While he may not have a path to elite upside, Kupp will out-produce his current price. Draft him with confidence at WR19.