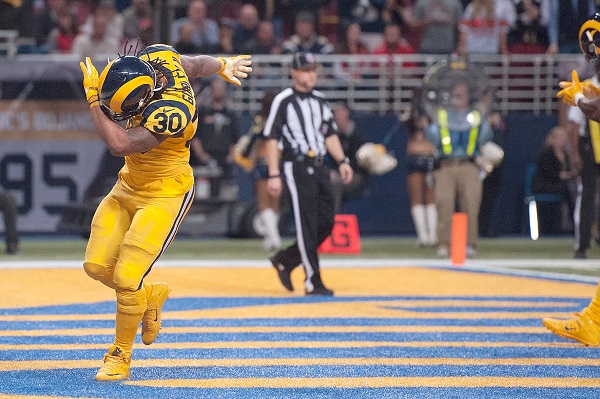 I guess it’s becoming a trend now where I do some kind of mention of the Thursday Night Football game in the Sunday morning lede… I’m not sure that it was supposed to happen that way, but with the Patriots opening week loss, the Bengals thinking Week 2 was Playoffs time, it’s hard not to see a trend forming. Especially when Godd Turley has once again graced us with his presence to start of Week 3’s action… well, I had no choice! And that’s not all the interesting NFL news we’ve seen these past few days. Nope, Jason Verrett of my (I think?) Chargers has continued the team’s trend of slowly killing my liver after undergoing season-ending surgery. (It’s DST relevant, I swear!) Though, the well deserved schadenfreude that Dean Spanos is experiencing at the moment is also killing my liver slowly, but with more positivity, so I guess it’s worth it? Turns out copious amounts of alchohal and schadenfreude can turn a frown upside down! And don’t even get me started on all the kneeling business. I mean honestly, what’s so bad about the victory formation anyhow? BELIEVE ME.

Here’s your updated Razzball Fantasy Football Rankings for Week 3 (STD, Half-PPR, PPR, IDP) including our Staff Consensus, player updates, and an opportunity to ask those all so important roster questions to myself, MB, and Zach in the comment section!

London Alert! Don’t forget, the Ravens take on the Jaguars at 9:30 AM EST!