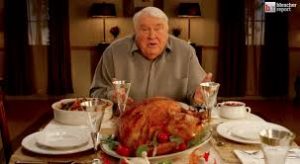 Happy Thanksgiving loyal readers! It’s the one day of the year that you can crack a beer at 10 in the morning and nobody in your family will look at you twice. Football also starts an hour earlier than it does on a normal Sunday. There won’t be a wrap up of these three games tomorrow so if you have any questions for me before Sunday’s primer, this will be the post for them.

To start the day, we have the Chicago Bears traveling to Detroit to take on a division foe in the Lions. The Lions will once again be led by Jeff Driskel. Things were slow for Driskel in his first matchup against the Bears this season until the 4th quarter when he threw a touchdown pass to Kenny Golladay and was about 30 yards from completing a comeback at Soldier field. This time, the Lions have a bit of a ground game with Bo Scarbrough and their at home so we’ll see if the results turn out different.

UPDATE: David Blough Will start for the Lions.

Our second annual host is the Dallas Cowboys and this year they welcome the likely playoff bound Buffalo Bills. Josh Allen has been pretty solid this month, especially running the ball. Devin Singletary has also been seeing a lot more volume and this could be a chance for him to become a part of the national consciousness. I think we can write off the Dallas Cowboys’ offensive performance last weekend to the bad weather and a tough matchup. But, they should have force fed Zeke more than they actually did. This would be a good week to feed the Zeke because Buffalo is a top team against the pass. But with a little home cooking, I think Dak will also be just fine. I just wouldn’t count on a big game from Amari Cooper.

For dessert we have the Saints traveling to Atlanta to serve a leftover plate of revenge from their shocking loss at home to the Falcons a couple of weeks back. The Falcons will get Devonta Freeman back this week but Julio Jones will be a true game time decision. I watched a lot of the Buccaneers and Falcons game last week and from what I saw of Julio’s body language, the shoulder is not great. I would not expect a lot of output from Julio if he does end up suiting up so we could see another nice game from Calvin Ridley.

The Saints are in control of the NFC South, but there is still a lot for them to play for when it comes to playoff seeding. I wouldn’t be surprised if Alvin Kamara has his best game of the year today as he continues to get healthier. Michael Thomas is going to out up great numbers but Jared Cook is also heating up lately. If you have any of the Saints that get volume, get them in your lineups.

Even if the matchups aren’t too much to be thankful for, there is fantasy football to distract us and a little gambling action to be had. Be sure to get seconds, and have a great holiday.