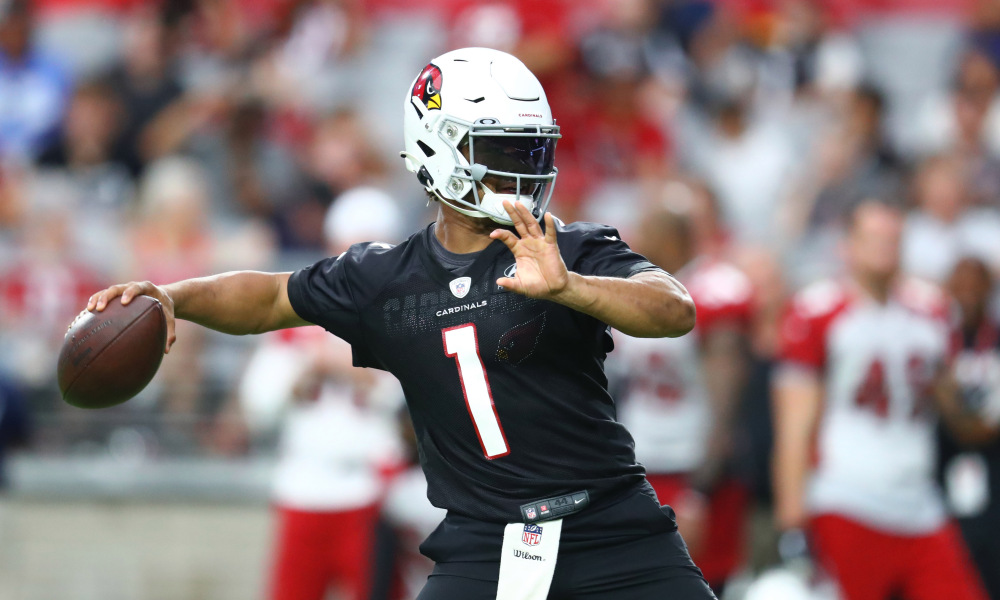 If you missed the special announcement yesterday, we have officially launched our 2019 Razzball Commenter Leagues on Fantrax, with the Top 10 overall finishers in the RCL’s getting a spot booked in the 2020 Razzbowl! It’s quite the prize, and I can’t wait to see how the year shakes out. Lots of spots are open to play against some of our staff writers, especially in my league, with 4 spots left before we draft. Be sure to sign up for a league today!

Today will be the start of a series I’ll be writing for about the next week or so, which will be to take a look at the ADP rankings provided by Fantrax (which is gathered by their own site-hosted drafts), and compare that to our own 2019  projections provided by our stat guru Rudy Gamble, to identify which players to target, and which to stay away from. Simply put, which players are we high on compared to Fantrax? Which players are we lower on?

Below are four QB’s that have some disparity between our own site projections and Fantrax’s ADP.

First up on our list is Jared Goff, who comes in as the #5 QB on our projections, yet he’s being drafted in the late 10th round as the 8th QB off the board on Fantrax leagues. While there isn’t a huge gap here, there is some value to be had with Goff, especially with the return of Cooper Kupp. In 23 games with Kupp over the past two season, Goff has averaged 279 passing yards and and 2 TD’s per game. In 8 games with Kupp and Brandin Cooks last season, he averaged 330 yards and 2.1 TD’s per game. If we stretch that production to a full 16-game season, Goff finishes 3rd last year behind Patrick Mahomes and Matt Ryan. I’m a big fan of Goff this season, and our projection system backs it up. He’s a great value to be had in Fantrax leagues in the 9th round. I could see him going even later in some leagues.

It took me a bit to warm up to Kyler Murray, but I’m fully on board the hype train, especially with a Fantrax price tag in the 11th round. With Larry Fitzgerald, Christian Kirk, and some nice rookie prospects in Hakeem Butler and Andy Isabella, Murray’s offensive weapons are a whole lot better than what most rookies get in their first season. Factor in the addition of Kliff Kingsbury, who should get the most out of Murray, and the potential for the Cardinals O-Line to improve, and Arizona should be a place for the rookie QB to thrive. Since 2011, the four top scoring rookie QB’s were Cam Newton (706 rushing yards, 14 TD’s), Robert Griffin III (815 yards, 7 TD’s), Dak Prescott (282 yards, 6 TD’s), and Russell Wilson (489 yards, 4 TD’s), so being able to use his legs will really help Murray’s chances to finish as a high-end QB1. Our projections have him as the #6 QB despite going in the 11th round on Fantrax, so he’s quite the value to be had.

Much like their NFC South counterparts in New Orleans, not much has changed over the offseason in Atlanta since last year, where Matt Ryan absolutely tore it up, and finished as the #2 QB in fantasy. He checks in as the 6th QB off the board on Fantrax, yet our projections have him as the #12 QB. Why is that? Well, I think it could do with a couple of factors. First, Ryan rarely has been able to post two good fantasy seasons in back-to-back years for a while now. Since 2012, Ryan has finished in the top seven in even years, and #14 or worse in odd years. Also, I think the projections indicate that we could see some negative regression in total passing attempts for two reasons. First, Dirk Koetter will be returning as offensive coordinator, a position he held in Atlanta from 2012-2014. Under Steve Sarkisian, Atlanta passed the ball in 2018 at the 3rd-highest rate in the NFL, which can be credited to Sarkisian’s aggressive style. They also found themselves in a lot of shootouts because their defense was littered with injuries and gave up a lot of points. The defense will be a lot healthier this season, which will take a lot of pressure off of the offense, and could slow down their passing pace. Ryan is still viewed as a top-12 QB according to our projections, but he’s not a must-have on draft day.

Russell Wilson has been one of the best fantasy quarterbacks over the past several seasons, with three Top 3 finishes in the past five seasons. While he has been very reliable and consistent, there is some things to be wary of. The Seahawks are one of the most run-heavy teams in the NFL, which makes Wilson’s fantasy scoring extremely dependent on him throwing for TD’s. His 8.2% TD rate was the seventh highest in NFL history since 2000. With a career average of 6.0%, there is bound to be some negative regression here. One of Wilson’s strengths in fantasy was his running ability, which still could save him, but the fact that he saw a career-low in rushing attempts last year could mean that it won’t completely bail him out if his TD rate lowers. We can see that he’s currently being drafted as the 7th QB on Fantrax in the early 8th round, which isn’t bad value, but as the #11 QB in our projection system, there is reason to believe that he’ll have a tough time posting Top-5 numbers, and isn’t a must-get on draft day.