One of my favorite scenes from Major League is when the Cleveland locals are reading the list of players on the Indian’s upcoming roster. Their reactions and comments are priceless.

If you entered week 2 with the following starting lineup, you would not only be laughed out of your league, but you’d probably be better off quitting fantasy football. Or perhaps not…

Believe it or not, the preceding lineup, which combined for 167.96 fantasy points in Yahoo half-point PPR leagues, would likely have won any head-to-head matchup and would have made you look like a fantasy genius as Willie Mays Hayes slides safely into home plate on Jake Taylor’s surprise bunt.

But I think the big question is really “which of these players would I actually allow myself to own?” Because let’s face it, we all know this lineup is not going to have the same production next week. Or likely ever. So are any of these players worth stashing on your bench for a “Rainey” day? Depending on the size of your bench and if any of your core players have bye weeks coming up, absolutely.

Timing is everything. You’d have to be out of touch with reality if you play fantasy football and you weren’t making some sort of play at grabbing Knile Davis and/or Bobby Rainey this week if they are still available in your league. Anyone with a bye week in the next few weeks will find Davis a more than adequate fill-in if you don’t have a spare stud on your bench. With Jamaal Charles dealing with a high ankle sprain, Davis is going to be a valuable fantasy running back for several weeks. He might end up being the most valuable running back this season that was either not drafted, drafted solely as a handcuff or plucked off the waiver wire because someone else dropped them to pickup Justin Forsett. By the way, was it the “high” ankle sprain that gave Josh Gordon his second hand contact high? Was Charles’s ankle hanging out with Le’Veon Bell and LeGarrette Blount? Does putting “Le” in front of your first name mean you like to smoke marijuana?

It seems Bobby Rainey is getting mixed reviews. Some people see potential, others are already pushing him aside because most reports are saying Doug Martin will be ready to go on Thursday. I really like Rainey. I mean he’s not an every week starter, but let’s face it, neither is Martin. The muscle hamster should get back on his wheel and not come back until he’s ready to satisfy his owners. Till then the female readers with Bobby on their team are singing, “It’s rainey men, Hallelujah!”

I’m not high on McGown. While he is currently a top 10 fantasy scorer in Yahoo! leagues, anyone with more interceptions than touchdowns (even this early in the season) is on my “don’t bother with” list and will most certainly fall out of the top 10 quickly.

Depending on A.J. Green‘s status, Sanu can benefit from his absence and might be worth a look if you are looking. And don’t look now, but James Jones is less than a fantasy point behind Julio Jones.  While you’d have to be a Le’fantasy owner to take James over Julio, James is clearly the number 1 receiver in Oakland. Definitely take James over Mohamed though.

I don’t have high hopes for Niles, but will keep an eye on his chemistry with Kirk Cousins to see if there is anything there. In the meantime, I am sticking with the guy I drafted, Delanie “on pace for 16 touchdowns” Walker. Oh, and I don’t care about you Owen Daniels. There I said it.

Now go punch Vaughn in the face, help him up and go celebrate… 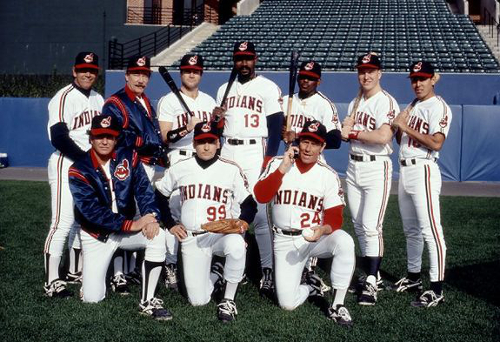 Who needs studs? Not me!!! See you next week with a new list of players that would turn any fantasy owner from a zero to a hero in just a few quarters…