We’ve all heard the jokes. We’ve all seen the ridiculous workout videos.

Is that Jameis Winston bobsledding?

Yes, that really is what you sound like. I’m gonna lay down some cold hard truth for you right now.

Are you ready? This may not be a popular opinion, even among my fellow RazzBoys™ but here it is.

Taysom Hill is not a starting quarterback.

Take that in. Breathe it in. Is he a great wildcat player? Absolutely.

Sean Payton has done a great job turning Taysom Hill into an offensive weapon but does that mean he’s going to be a true starting quarterback? No. Not when you have the Jameis Winston on the bench.

Maybe you’ve forgotten a bit about Jameis, huh? Let me recap for you.

He finished 3 out of his first 5 seasons with over 4000 yards of passing and was an absolute fantasy weapon in 2019. We’re talking league winning and his ADP even as a bonified, undisputed starter was still cheap going close to the 10th QB off the board!

Now? Pssh. He’s going undrafted. Undrafted after a year with Drew Brees as his mentor, working with quarterback whisperer Sean Payton, and fresh off of lasik surgery!? My man threw 5,109 yard and he couldn’t even see!

He had 30 interceptions and he was STILL able to finish top 5 in QB scoring for 2019. Imagine if he was able to cut down that ridiculous number! Maybe he just needs to take a year to readjust his game sitting behind a hall-of-fame quarterback and joining an actual football team… OH WAIT HE ALREADY DID!

Am I suggesting you absolutely freak out and take Jameis as your QB1? No, of course not.

There is a great deal of uncertainty in the situation and even if I don’t think Taysom Hill beats him out for the starting job, he’ll still be a looming figure if Jameis slips up. Not to mention, it’s worth seeing what the ultimate snap share is with Payton putting Taysom in the mix for wildcat plays as well as the impact of Michael Thomas being absent.

But all of that said if you can secure Jameis as your QB3… Are you kidding me? Is there a higher upside player who’s going to be available with pick 200+? No chance! You’d rather have Drew Lock? Daniel Jones? Jared Freaking Goff? No way.

And in Best Ball? That right there is a league-winning play, my friend. Not a play based on floor but on pure, unbridled upside baby and that is what wins fantasy leagues. You win in the trenches, in round 12 and beyond and you don’t do it drafting boring replacement-level players. You do it being a maverick.

He’s going to be available at the back-end of your drafts and they might scoff at you for drafting him with the same played-out jokes… but when it comes down to game time… it’s going to be you eating a W. 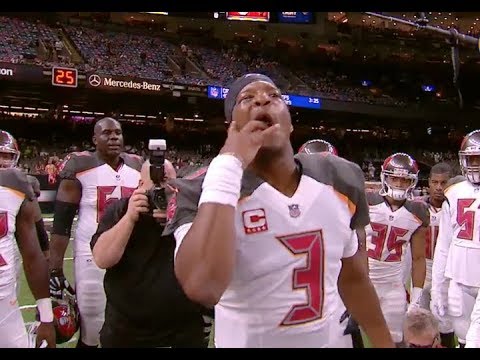 You can find me on Twitter sounding the Jameis-MVP-Alarm at @skorishism. Be sure to let me know what you think in the comments below.