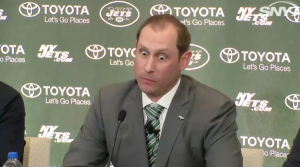 Choices. It is what we as fantasy owners deal with leading up to the draft, as we make our selections, and throughout the actual season. Every season we have particularly polarizing athletes that offer a wide range of outcomes. This leaves their ADPs with wide high-to-low pick margins and make it difficult to get a grasp on what the true projection of the player, because the floor/ceiling combination is different than all of the similar players around them. My aim is to present one player who can make or break your season from each of rounds 1-4 that fits this criteria and follow up with my personal view on that player.

As a heads up I have excluded a few players that certainly could be discussed in Aaron Jones and Damien Williams. I’ve already written about them, and I’ve linked them here and here. Additionally, I’ve removed Melvin Gordon as I plan on covering the situation in detail if the holdout continues.

Don’t forget Rudy’s projections are available on special through July, only 8 days left. The link is below!

ADP stats are courtesy of fantasy football calculator and are based on 12 team PPR drafts.

I’ve spent weeks laying out all the scenarios as to why Le’Veon Bell can succeed in New York. He is an extremely talented running back, possesses great pass catching ability, and has never failed in a season he played fully healthy. For as much flack as Adam Gase has taken for being an all-out oddball, he took talent deficient Miami Dolphins roster over 3 seasons and emerged with nearly a .500 mark. That said, I have finally concluded that the purpose of a 1st round pick is not to talk yourself into it. There are simply to many question marks. The simple justification is to point to the decrease in offensive line play, but the true reason I believe Bell will fail circles back to Gase. Gase learned under Nick Saban and became a coordinator in Denver under John Fox. Ultimately, he became a head coach and displayed for 3 seasons the same tendencies as his coaching role models: win with defense, shorten the game, and wear down opponents. The defense is talented, and the offense may have enough juice to make this system work, but if it works it will be to the detriment of Bell. The lack of volume in the passing game, coupled with more up the gut carries, will kill Bell who has never displayed a proficiency for the explosive run.

“Be fearful when others are greedy and greedy when others are fearful.” It’s undoubtably an overused quote at this point, but Warren Buffet made it so damn applicable. People are trying to talk themselves out of PFF’s #1 graded running back from 2018, Nick Chubb, all because of a potential fear that will exist for less than half of a season. If you removed Kareem Hunt from mudding the waters for Chubb’s 2019 outlook, he would be in the argument for the #5 pick. The problem in my opinion is that we are concerned about a maybe. It is time to remove that fear. I am all in on Nick Chubb. The offense is going to be explosive. The team is going to be playing with a lead. Chubb is going to receive more pass game work, after displaying solid ball skills after week 10 (22/29 targets came after week 10). Finally, to lessen fears even further the Browns are going to spend more time in the red zone, and Chubb will receive the majority of those touches even with Hunt back in the mix. I expect we will see sharp drafters in higher stakes contests drafting Chubb at the ½ turn by the end of the August.

Zach Ertz has spent the last two seasons as Carson Wentz’s personal safety valve when both were healthy. He led the team in targets in 2018 and would’ve done the same in 2017 if he played a full 16 games. They have an outstanding connection, and while I don’t expect that to dissipate overnight, I am concerned that starting the seasons with Alshon Jeffrey, the presence of Dallas Goedert on the field, and all of the other weapons at Wentz disposal will flatten the target share. The Eagles are going to be good this year. Doug Pederson is an analytics-based coach who likes to race out to early leads based on pre-game scripts, force the opponent to react/adjust to scheme at half, and bleed the clock as much as possible. The Eagles success and ability to carry out this plan will ultimately harm Ertz, and I expect his 2019 per game fantasy output to come in at, or lower than his 2017 mark of 14.5 PPR points per game.

The Bears became one of the stories of the 2018 season led by a stifling defense, Matt Nagy’s creativity on the offensive side, the benefit of a last place schedule of opponents, and positive injury regression. The Bears added to the offensive side of the ball this offseason by trading up in the 3rd round and selecting David Montgomery. Montgomery is a dynamic athlete with the ball, has every down receiving skills, and draws similarities from scouts to Kareem Hunt, who was coached by Matt Nagy in Kansas City. For the rosy picture many in the fantasy community is painting, which is reflected in the 4th round price, there is one dynamic that is being missed. The Bears want to become more multiple and less predictable on offense. Last season, the Bears offense intentions were telegraphed by the back on the field via pass (Tarik Cohen), or run (Jordan Howard). The Bears are now going to utilize more multiple back sets, and to supplement that idea Montgomery was not the only addition. The team also signed Mike Davis, who contains similar skills as a less dynamic player. We have seen as the NFL has evolved that it is very difficult for teams who utilize three back instead of two to have fantasy relevant running backs. I expect it will be very difficult to pin down Nagy’s scheme from week-to-week making for a lot of frustration among Montgomery owners. Never forget when Nagy played Taquan Mizzell just because Chase Daniel handed him the ball on second team reps.