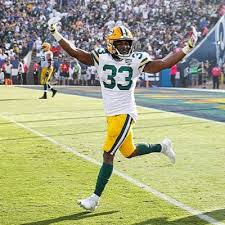 A key component to draft season success is the identification of improperly valued players in comparison to their ADPs. As fantasy football owners all we can do is analyze the players at hand and have a qualitative/quantitative backing for our position on the players. While it is early in draft season it is important that we get an early idea of who is being under/over drafted. I enjoy tracking these early evaluations to see if the market adjusts accordingly as a larger volume of drafts occur, or if the players are simply immune to the proper market adjustment per our analysis and will become a value for the entire draft season.

In the interest of full transparency, when I evaluate the running back position I have a criteria that I am always keeping in mind:

• Environment – Does the back have an environment around him conducive to success, or has the environment become more cloudy (coach, play caller, offensive line, schedule, team success, etc.)?

Glancing at current mock drafts I am going to end up with Aaron Jones on nearly every team this season. The predetermined reason for why Aaron Jones cannot be trusted as a fantasy football asset is that he has a significant injury history. This includes a dislocated ankle in his 2015 season at UTEP, and sprained MCL’s in both pro seasons (both knees in 2017). I have some bad news… Running backs get hurt. I don’t believe there is a value add from attempting to project injuries. Currently being drafted ahead of Aaron Jones are the likes of Devonta Freeman, Leonard Fournette, and Dalvin Cook, all of whom have significant injury histories themselves. Since we have that realization out of the way lets move on to an evaluation of Jones.

• In weeks 7-13, when Jones usage finally spiked to the game in which he suffered a season ending MCL injury he averaged 14 carries per game. Jones has averaged 5.5 YPA throughout for both seasons of his career. If we simply use 14 carries and decrease to 4.8 YPA that would provide a 1,075 yard season over 16 games.

• In the same time frame Jones averaged 4 targets per week and converted those 29 total targets to 22 catches. That spread out over a 16 game season would provide 66 targets and 50 catches. These numbers would have been good for 16th and 15th respectively in the NFL for RBs. We all applauded MG3’s increase in passing game viability last season, and this would put Jones on a similar pace.

• The Packers have a consensus top 10 offensive line in the NFL.

• They are currently set at a team wins o/u line of 9 for a projected increase of 3 wins, which in a vacuum will lead to more positive and neutral game scripts.

• The Packers have added a coach in Matt LaFleur who has worked for teams in the NFL over the past 4 seasons (Titans/Rams/Falcons) that have hammered the football and utilized backs as pass catchers out of the backfield in creative ways.

• LaFleur has already used the dreaded “committee” term, and Jamaal Williams has received a consistent workload in the past. However, he has never seized the job with a career YPA of 3.7, nearly 2 yards less than Jones career average. Once Derrick Henry established dominance within LaFleur’s 2018 Titans system he immediately was force fed touches to finish the season. I fully expect the same to happen in Green Bay.

• We know that Aaron Rodgers (the true man in power in GB) has provided consistent praise to Aaron Jones since he entered camp his rookie year.

• The Packers did not add anyone significant to the RB depth chart outside of 6th round pick, Dexter Williams.

• The schedule is not easy with two games against both Chicago and Minnesota. Per Sharp Football Stats it is the 2nd hardest rushing defense efficiency of opponents using last years metrics.

Aaron Jones has already broken out, and everyone forgot about it. Using the combination of factors listed above it is a reasonable projection for Aaron Jones in just 14 games of semi-split work to rush for 1000 yards, catch 45 balls with 400 yards receiving and 12 touchdowns, which would make him the 9th best PPR running back in fantasy football in 2018. That is a stone floor for Jones in just 14 games barring injury. The ceiling is as high as the RB1 if he captures the job, the Packers are significantly improved, and he carves out an even larger role in the passing game with the current questions surrounding the Packers receiving corps. Go get Aaron Jones. If you can’t handle the injury risk just draft a WR in round 3 while I grab Jones… Those guys never get hurt right?