EAGLES BORN OUT OF THUNDER

I sometimes wonder how we got through this past Sunday without the innovation and up-tempo musings of one Chip Kelly. While there is a double-header tonight (and the Vikings vs. 49ers should be quite the average-quality type of game), most eyes will be watching the coach who is known as the master of quicksaster, the dean of getting rid of disgruntled African-American players, the champion of signing one of the best African-American running backs this offseason, and the king of trading anything and everything to mold the Eagles into the Oregon Ducks. Probably one of the longest descriptions of Chip Kelly out there, sure, but still apt, and it has nothing on the thesis-order you’d put in at Starbucks to get a coffee, black. Yes, Chip Kelly is all those things and more, and tonight, we get to see his experiment finally at work. With offensive principles like Sam Bradford, DeMarco Murray, and Ryan Mathews, I ask you, what could go wrong? 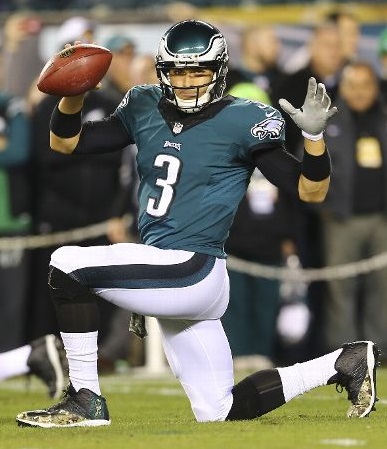 264.9 – Yards per game the Eagles gave up in the passing game last season. Atlanta was the only team worse at 279.9 yards per game.

16 – The amount of games Sam Bradford played during his rookie year. Since then, he’s only played 33 games out of 64 possible starts.

11 – Teddy Bridgewater’s rank in the NFL with a 64.4 completion percentage.

11 – The amount of dumpster fires equal to the 49ers’ offseason.

“HEY, SHUT THESE MELON FARMERS DOWN”

Anytime you feel like a defender seems confused (ex: waving arms around) at the Eagles offense.

Chip Kelly and “innovative” are mentioned in the same sentence.

Falcons – 6 (The amount of years Mike Smith was a coach for the Falcons. Seriously.)

49ers – 32 (The amount of players that left in free agency, retired, and was kidnapped this past offseason.)