I’m pretty sure I could compare tonight’s Monday Night Football game to that of the first Presidential debate pretty closely, but I get kinda stuck at who plays the part of Donald Trump. Like, I think the obvious choice would be Sean Peyton, but then we’d have to inject his skin with Cheetos to get the correct pigment. Hey, if you’re going to do an analogy, you gotta go 100%. But since this is a day where football actually will finish second to something other than it’s own news, I don’t mind going ahead and just talking about the matchup tonight that features two dumpster fires. I’m actually talking about football this time guys. Yes, the eternal battle between two floundering NFC South teams not named the Panthers is on full display tonight as we get to see the idea of defense be dismissed and scorned like the silly idea that it is to both these teams. Generally, I’d usually pick the home team between the two, so the Saints get my vote (see what I did there?), but I think the real debate (did it again, red hot fire they call me folks) is how many points the teams score total. I’m guessing in the thousands, but you’re right, that number sounds a bit too conservative. (WOOOO. Trifecta baby!) 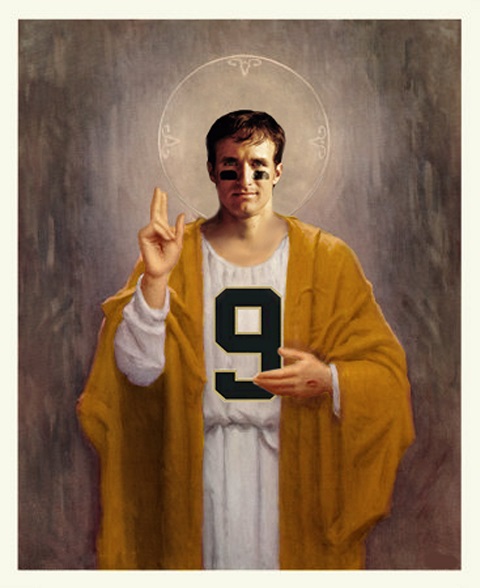 Take a sip of your drink…

There’s a crowd shot with fan holding a “Who Dat” sign.

If Matt Ryan does something stupid. (Baby sips.)

Someone gets the ball when Julio Jones should have.

If Mike Ditka is still alive.