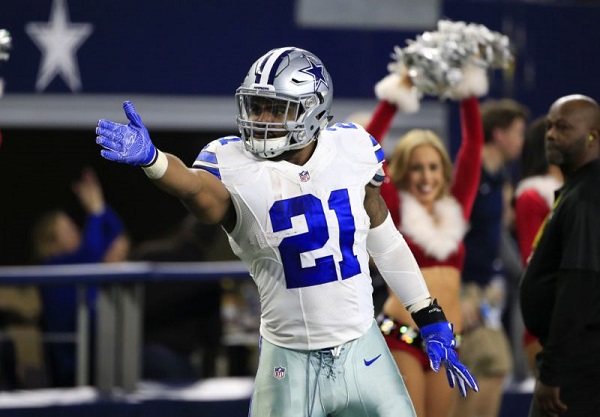 If you are an Ezekiel Elliott owner, this is the roller coaster that you signed up for by paying the discount price. It’s like shopping at T.J. Maxx and expecting your shirt not to fall apart the fourth time that you wear it. It’s not all bad news though, here’s what we know so far…

U.S. Circuit Court of Appeals in New Orleans sided with the NFL 2-1 to go forward with the 6 game suspension that they originally handed down. The good news for Elliott is that his legal team can put together an appeal in either Dallas or New York. The Cowboys are on a bye this week so Elliot’s legal team has the next week or so to get an appeal pushed through to keep Elliot on the field for the time being.

If an appeal is granted, I expect Elliott to be on the field for a good chunk of time while things are sorted out, perhaps even the rest of the season. I think with how complicated this case is, and with the pissing match between the NFL and the NFLPA, this is a strong possibility. Although this is more complicated and more damning than “deflategate”, Tom Brady’s case can be looked at as an example about how long these things can drag out.

I have no legal experience whatsoever. I wish I did, my house would be nicer. I can’t tell you whether he will be on the field in week 7 or not, I can just tell you that my gut feeling is that he will be. However, if whether you are an Ezekiel Elliot owner or not, rostering Darren McFadden immediately, like right this damn second, is in your best interest. Good luck, I went through all five of my leagues and I couldn’t find one share. In deeper leagues, Alfred Morris is also roster-worthy. I’m talking 14-16 teams, you can pick up Morris. Looking back at 2015, McFadden had 37 more carries and averaged almost a full yard per carry more than Morris. McFadden is a talented back and averaged 4.6 yards per carry in 2015 behind this superhero-like offensive line when he last received regular volume.

As for the rest of the offense, it should be business as usual. The Cowboys will still run the ball a lot to set up the passing game. If Elliott misses time, I don’t expect Dak Prescott to start forcing the ball to Dez Bryant, Cole Beasley, and Jason Witten.