Ladies and Gentlemen, it is with deepest pride and greatest pleasure that I welcome you to THE RAZZBOWL!

I will be your humble host for the duration of the tournament. Who am I, you ask? I am the Official Certified Sommelier of Fantasy Football Twitter!

But you can call me Steve.

OK, so there is no official position of “Official Certified Sommelier of Fantasy Football Twitter” but I have been trying to blend my dual passions of fantasy football and wine for many years, like a fine meritage, and I simply decided to stop waiting for the opportunity!

When Donkey Teeth asked me to handle the RazzBowl updates this year, I jumped at the opportunity. What better way to finally bring the worlds of wine and fantasy football together than by hijacking a completely unrelated tournament for my own purposes?!

So here’s how this is going to work: this week and next, I’ll take you through my picks in RazzBowl League 16, and each player will be compared to a wine. Sometimes a grape variety, sometimes a region, and sometimes, even, a specific producer’s specific vintage.

By way of a primer, I am selecting from the 8th pick slot. I decided before I began to draft a balanced team as recommended by our very own everywhereblair in his 2021 RazzBowl Guidebook, and more specifically, decided that unless the draft just refused to cooperate, I would target taking a running back in the first round, and a total of three through the first six rounds. Below you’ll find my pick for each round, some manner of rationalization for them, a 2021 projection provided by our own Rudy Gamble, and my pairing, as it were. 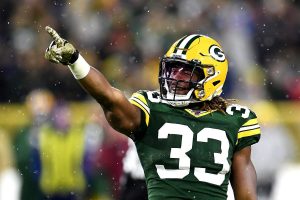 With my first pick I decided to take who I consider to be this season’s RB4. The seven picks ahead of the 1.08 were all running backs, but Aaron Jones was, as is the norm with him, disrespected.

He’s a workhorse back on a Super Bowl-contending offense with less competition in the backfield than he’s ever had thanks to the departure of Jamaal Williams and his 119 carries from a year ago. Sure, AJ Dillon is still here… but so what?

Jones is a pass-catching back with one of the game’s greatest-ever quarterbacks. He’s versatile, he’s powerful, he’s balanced. For all these reasons and more, he’s Pinot Noir, one of the greatest grapes in the wine world, capable of achieving the highest ceiling, while also presenting one of the safest floors. It’s hard to find a bad Pinot Noir. That’s Aaron Jones.

After the 1/2 turn, three more RBs had come off the board, but more importantly, Travis Kelce and the top four WRs had also been selected. This made my choice a little tougher, but I decided to lock down a second RB1-type player, and I went with the divisive, the controversial, the love-him-or-hate-him darling of Twitter arguments, Cincy’s own Joe Mixon. And it’s for those exact same reasons that I compare Mixon to California Chardonnay. An undeniable powerhouse, for some the oak aging and buttery consistency produced by secondary malolactic fermentation are a delicious, bombastic combination worth seeking out; for others, they’re indicative of too much manipulation and are to be avoided. Seek out, or avoid? That’s Joe Mixon.

When it came around to my 3rd pick, the best RBs on the board were in the JK Dobbins, Miles Sanders tier. It was clear that if I wanted a true WR1, my chances were dwindling. So who better to grab for my own WR1 than the always overlooked, always underrated, always productive Keenan Allen? Want to know what wine is also always overlooked, always underrated, and always productive? Spain’s Rioja Gran Reserva is probably the best wine you’ve never had. Earthy, dusty tones of cherry, plum, and leather feature prominently in this northern Spanish variety. Allen may not be dusty and he probably doesn’t smell like plums, but damn is he an underrated superstar. He was with Philip “Father of Twelve” Rivers, and he will be with Justin Herbert. 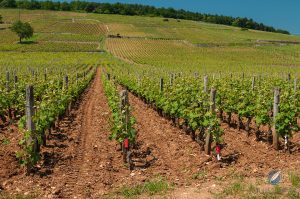 You see that projection? 132 rushing yards? That’s right… Robert Woods is about as close as a WR/RB combo as the modern NFL has. What else is a stellar blend of two seemingly unrelated things? Côte-Rôtie wine from the northern Rhône in France, which is a red wine, mostly made from Syrah, but which has a up to 20% Viognier, a white wine, as part of its blend. Sure, the result is still a red wine– and Woods is still a wide receiver– but the addition of the white wine makes for a unique, delicious experience. Just like Robert Woods.

I know. I was shocked, too. Sure, the RazzBowl (unlike, for example, the Scott Fish Bowl) is not a TE Premium scoring format, but I was still pretty surprised that the rookie sensation was available in the 5th round. Not only had the Big Three TEs been taken, but so had Mark Andrews and TJ Hockenson. I absolutely lucked in to Pitts at this selection, and this is the kind of thing I mean when I talk about coming in with a strategy, but letting the draft come to me. I wanted three RBs in my first six picks, and after taking Woods in the 4th I assumed it would be an RB here. But I couldn’t ignore the value in this pick.

The pairing? Well, Pitts is the current hotness of the NFL. He’s a freak, exceptionally talented, but everybody knows it. That’s Rosé, which has been the darling of the wine world for a while now, but is still on top in so many ways. Delicious and versatile, Rosé can be subtle or it can be powerful… and that, to me, sounds like Kyle Pitts.

I stuck with my original plan by taking “ETN” here. Three RBs in my first six picks, achievement unlocked. And it was kind of a no-brainer. Looking at the board, I had my top two WRs, and plenty of good ones were still out there. I had my TE, and at this point, only five QBs had been selected, so I felt in no rush to go that route.

Etienne may take some time to ramp up, but he is the next big thing in fantasy football. The revamped Jags offense should be more explosive than last year, and if a UDFA like James Robinson can go off in Jacksonville 2020, imagine what a high-profile player like Etienne will do. And what’s the next big thing in wine? Red wines from the Douro region of Portugal.

I’m a huge fan of Portuguese wine in general, and Douro in particular. This region is home to the fortified wines known as “Port”, but non-fortified wines are made from the same grapes– Tinta Roriz, Tinto Cao, Touriga Franca, Touriga Nacional, et al.– and are gaining in popularity. Want to look like an in-the-know badass the next time you’re out with friends quaffing fermented grape juice? Bring some Douro, and blow everyone’s minds. Then watch out for Travis Etienne, because he’s also the next big thing. 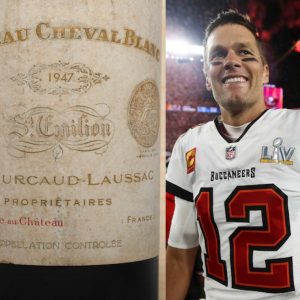 He’s the GOAT. You know it, I know it. From a draft pick standpoint, Brady’s a QB1 without a doubt– I think easily top 8– and I took him as the 9th signal caller off the board. The GOAT of the wine world? The 1947 Château Cheval Blanc, a blend of about half Merlot, half Cabernet Franc from the Saint-Émilion subregion of France’s world-famous Bordeaux. The ’47 Cheval Blanc is often considered the single greatest bottle of wine anywhere in the world. How many still remain? Not many– just like Brady’s remaining productive seasons. But they’re still out there, and Tommy here is going to be a boss in 2021.

Remember our discussion above about Robert Woods? Versatile, right? Deebo is like Mini Robert Woods, one of three wide receivers that Rudy projects for 100+ rushing yards. As my WR3, at this stage in the draft, finding someone like Deebo who might not look like a major producer at first glance, but with the rushing yards should eclipse 1,000 yards from scrimmage, is a huge coup in my opinion. At this stage in the draft, these kinds of details separate players in otherwise similar situations. So what wine is Deebo?

In the world of wine pairing, one wine is known as the “Swiss Army Knife of wine pairing”, and that is the Italian wine Barbera d’Asti. High acid content and soft tannins make Barbera a great pairing with almost anything, and that’s the kind of versatility a player like Deebo brings to your fantasy team.

At this stage in the draft I had decided I needed to pummel the wide receiver pool and really bolster that part of my roster. Here, I’m taking a chance on the rookie down in Miami, rolling the dice, as it were. Waddle has a lot of competition for the attention of Tua Tagovailoa, but he could be an absolute monster given his makeup and skillset.

Canned wine? Yeah. Canned wine. It’s big now, and it’s going to get bigger. It’s environmentally-friendly, the wine can’t get corked or prematurely age because of air sneaking in, and it’s portable. But boy, are you rolling the dice… for every fun, boutique winery trying this packaging out as a way of standing out from the crowd, there are a bunch of formerly-boxed wines being repackaged for the White Claw crowd. Caveat emptor, for both canned wine, and Jaylen Waddle.

Jones is here as my WR5, so I’m not necessarily leaning on him for a lot of production. He’s pretty clearly third on the depth chart in Jacksonville behind DJ Chark and Laviska Shenault… but tell me there isn’t a world in which you could see Marvin Jones leading Jags receivers in TDs? I could see it. Jones is a talented veteran who has done this before, but isn’t going to shock the world any longer. Just like mid-range Napa Cabs, from producers like BV, Robert Mondavi, and Frank Family. They’re good! They’re definitely not the cheap plonk of Sutter Home and Gallo, but neither are they the Valley’s jewels like Caymus, Shafer, Harlan, or Screaming Eagle.

That’s Marvin Jones. A steady producer who is as unlikely to disappoint as he is to impress. Just the type of guy I’m happy to grab in the 10th round.

And that brings us to the end of Part 1. My roster after 10 rounds:

In the last 10 rounds I intend to grab several more wideouts, at least two more running backs, and backups and both QB and TE. Stay tuned next week to see not only what I take and where, but what I’d drink in honor of each of them.