ATTENTION READERS THAT ARE IN THE GURU’S LEAGUES— Unfortunately, The Guru will no longer be contributing to Razzball, and the leagues themselves will be shut down later this week, and will be not be eligible for RCL Prizes. If you are a team owner in one of those leagues, please let the other members know the news, as we do not have access to those leagues. We will be opening up leagues at those same draft times, led by some of your other favorite contributors, and there are also plenty of leagues with open spots you can find in this post. Thanks!

What a ride it’s been folks, and in this case, I’m actually not talking about your mother. Nope. We’re talking about back in July when we announced the formation of the 2014 Razzball Free Fantasy Football Leagues, and how you, the community responded. Now, just 13 days since that historic (HISTORIC I TELL YA) event, we have already passed last years numbers. How cool is that? Very cool if you ask me. And even very cool if I ask me, which I think I just did. So we’re all cool. I have established our coolness. Now that we are getting closer to the season, we’re here to once again and remind you that we want to give you cool stuff just for playing fantasy football with us. I told ya we were cool. That’s right, if you haven’t joined now, you still can! Leagues and Teams are being created everyday, and you can be one of them! Want to find out how? I know you do… follow me after the jump.

Prize for Overall RCL Champion: Custom-Made Razzball Bobblehead Doll Set. (With two figurines, together, one with the likeness of myself, Jay, and the one of you, the winner!)

Okay, so it’s not exactly like above, unless you have a mustache like that AND want to marry me… but they are good examples of what you can expect. The likeness will be based off your submitted photo, and will read “2014 RCL Champion: TEAM NAME” at the base. It will be a hand-sculpted 7-inch (approximate) tall figurine (2 people), sure to be the envy of everyone who visits your mom’s basement. Just be sure to cover my side with a napkin or something when the ladies come over. Not your mom though. She knows what’s up. Actually, now that I think of it, based on how I look, we might have a better example to show you of how this bobblehead doll set might turn out.

Prize for Commissioner of the League That Hosts the RCL CHAMPION: $50.00 Best Buy Gift Card. 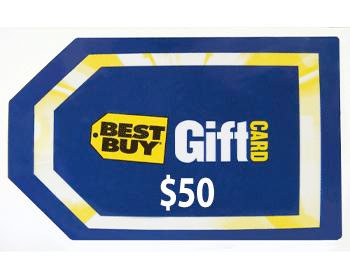 You read it right folks. If you are the Commissioner of the league that our RCL Champion is in, you get a prize. So what should you do? Follow the instructions below to create a league. The more leagues you create and fill, the greater the chance you have of hosting the eventual winner. Create as many as you want… just make sure to get them filled, so go nuts!

Tehol thinks that, with the power of his Elder Gods, he is unbeatable. And guess what? He’s willing to put some pretty smooth cottons on the line. Are you brave enough to battle not just his fantasy football wit, but his fantasy football loins? If you so choose to take this challenge, you are a braver person than I, that’s for sure.

– Click on “Create a league” (Enter in Yahoo log-in, or you can use your Facebook or Google log-in as well.)

– Enter in “League Name” and your Draft time information, then select “Customize settings“.

– Go back to the top of the page and select the “Roster” tab. Find “Wide Receiver/Running Back/Tight End (W/R/T)” and change to ONE (1).

– Go back to the top of the page and select the “Scoring” tab. Find “Receptions” under the Receiving section. Select the box next to “Receptions” and then type .5 in the field. (Note: must be typed in as .5 and not 0.5.)

– When finished, go back to the top of the page and select FINISH (Blue button, top right.)

– Almost done! Now that you are on your League Overview page (if not, select “League”, then right below the tab, select “Overview”), look to the top right of the page. You’ll see a large box that says “Finish Setting Up Your League”. Hit the arrows until you reach the “Invite Friends” tab and select that button. A box will appear that will have a link below (Example: http://y.ahoo.it/x0dbbuyp). Copy and paste that link into our Google Doc (see below), and fill out your other league information.

– That’s it! You should be all set. If you have any questions, feel free to email me at [email protected] or ask us in the comment section below. And if you feel like you’ve made a mistake, don’t worry! Yahoo allows you to change these settings before Draft Day. Just make sure you follow these instructions for your league to be eligible for the prizes.

– Simply examine the Google Doc below, find a league and draft time that works for you, and click the “LINK” button in “League Link” column to be taken to the leagues home page. If the league is invite only, please email the contact.