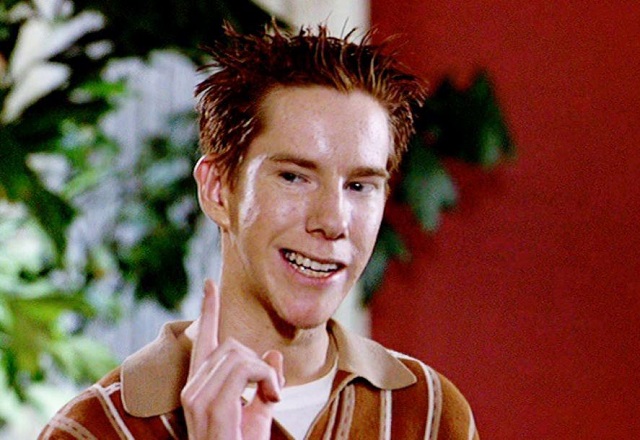 I come to you from two weeks in the future. Like a really short-term Terminator. A… Sherminator?

I joke, I kidd. But seriously. I’m a sophisticated sex robot sent through time to change the future for one lucky… fantasy… player…

Let’s get real. Your fantasy drafts are starting. You can almost feel the tick-of-the-pick clock in some scenarios. Everyone is cramming in as much information as they can. Top 200’s, position ranks, team previews, hot takes galore. And so, like all that cramming you did in college, you have to choose some things to skip over and hope they don’t matter. Like foreplay or lubrication. Oh, you thought we were talking about a different type of cramming?

For fantasy purposes, people like to disregard kickers and defenses. Personally, I have no beef with either position. If you think the kicking game means nothing, talk to Adam Vinateri’s Super Bowl rings. Talk to the Buccaneers who traded up for Roberto Aguayo in the second round and then cut his ass a year later. And defense is half of the game of football. Now I know that seems like an odd statement considering that most of us probably dabble in fantasy baseball where defense is ignored. But what’s better in football is there are more defensive events that can be individually scored. Sacks, interceptions, fumbles, touchdowns… Both of these positions have their consistent performers, but they both have the ability for lesser options to be deployed in a matchup fashion under favorable conditions. AKA – streamers.

Not that I think there is a market for streaming kickers. But defenses where you can take advantage of matchups against injured or young teams? Now we’re cooking with propane and propane accessories Hank. But this isn’t a free pass to leave the draft a round early to sneak in a few extra beers. Save yourself a transaction or your waiver priority and take the extra minutes to read this article (shameless plug) and set yourself up for a good Week 1. And essentially, that’s what this is. A really early Week 1 streaming D article. With bad jokes. And a really long tangential way to make fun of the Buccaneers (sorry Bowe).

Tampa Bay Buccaneers – OKAY, I know I was a jerk about the Aguayo thing. But seriously. 7% drafted in Yahoo leagues? The Buccaneers finished top 12 in INTs (17), sacks (38), and fumble recoveries (12) last year (which are all things that Yahoo standard scoring for defense takes into consideration) and finished as a top 10 unit. So why didn’t a single one of their rankers have them ranked until Pianowski updated his ranking on 8/14? And even now, Scott only has them at 18. It’s lowering their positioning on their draft software and provides a great buying opportunity. The first 4 matchups for the Bucs? The newly Cutler led Dolphins, the bad news Bears (which will be highlighted again later), the Vikings and the Giants. The former two are fairly self explanatory. The latter two finished in the bottom 10 of offensive points per game last year and feature quarterbacks that throw a decent number of picks, and we’ve already seen Vernon Hargreaves making picks in the end zone. There’s room for this unit to build on what they did last year. Lavonte David should return to the land of triple digit tackles. Gerald McCoy’s sack total of 7 last year was his lowest since 2012 and should trend up (he did not register a sack over the final 4 games of the season). I could see myself walking away from drafts with a bunch of Tampa shares.

Atlanta Falcons – I know. I know. 28-3. I hope the Falcons come out of the gate in 2017 with a little more fire than the last time we saw them on a football field. First on their slate are the bumbling Bears who will be rolling out a combo of Glennon/Trubisky throwing to Meredith / White / Wright / Miller. The intriguing matchup here will be Jordan Howard against a unit that was 28th in DVOA against the run. The Falcons did bring in Dontari Poe to bolster their front line, so maybe that will help. The Dirty Birds are fairly strong everywhere else on the defensive side of the ball. Keanu Neal is a boss and a great anchor for that secondary. I will be looking forward to watching him in his second season. The linebacking corps is a strength of this D, which is something the Falcons haven’t been able to boast in recent years. Though their schedule gets rocky quick, I’d gamble on them coming out with a chip on their shoulder. People are a little more on board with Atlanta’s draft ownership at about 40%, but there’s a solid chance they will be available for you.

Cincinatti Bengals – The Bengals have a pretty great schedule overall this year. Not to mention their fantasy playoff matchups (@ Denver, vs Cleveland), they come out of the gate hot with 4 favorable matchups in their first 5 contests – vs Baltimore, vs Houston, @ Cleveland, vs Buffalo. A game in Lambeau falls in there as well, but there’s no denying a start like that. That schedule may be floating their early 44% draft share. It certainly wasn’t their performance last year. In 2016, the Bengals scored 87 fantasy points. That was one more than the Lions and three more than the Bears. And that’s where that list ends. The D hasn’t added any real talent besides Kevin Minter, so treat this like your Tinder side chick – get in, get yours, and get out before they ruin the bigger picture.

Buffalo Bills – I mean, I’d probably draft a handful of the Bills Mafia members jumping through tailgate tables before I’d want to actually roster their D/ST unit. I’m surprised that Kyle Williams decided to come back to be 100% honest. Things could play out somewhat decently for them. Marcell Dareus could not get suspended or hurt. Him, Williams, and healthy Shaq Lawson could be the start of something good up front. Reggie Ragland could turn in a productive year alongside Preston Brown. Jordan Poyer and Micah Hyde could join forces and become one of the better safety tandems in the league and hold together a secondary that is going through A LOT of fluctuation right now… I mean, I’d rather bet on the dad from Angels In The Outfield coming back to claim Roger. But hey, it could happen.. Regardless of whether or not these things come to fruition, I’d bet against the Jets every game this year. I’m not aboard the Bilal Powell train that many seem to be on this year, Matt Forty-e isn’t getting any younger, their #1 wideout Quincy Enunwa (yes I’ve been drinking, no that’s not a typo) is out for the year, their top tight end Austin Sefarin-Jenkins is serving an early season suspension for violating the league’s substance abuse policy, and the main dude in town is Temple’s own Robby Anderson. Slot those Bills in your Week 1 lineup and come back every week for your defensive streamers!