So, wouldn’t it be cool if you could take on some of your favorite contributors and all of the Razzball readers/commenters in one huge Free Fantasy Football League? IT WOULD BE COOL YO. That’s why we made this possible. And why we used caps and bolded font. Welcome to the 2017 Fantasy Football RCLs! Where all of the Razzballers get to hang out, talk some football, and compete against each other in the game we all love. While we can’t create a single 500-person league as of yet since the technology has yet to be invented, what we can do is create multiple 12-person leagues and pit them all against each other. If you don’t like that, well, you can be the one to wait for the future. So enjoy those dragons with lasers, wearing tight, black leather and blasting Daft Punk. ENJOY IT. However, if you are not such a timey prude, join us for some Fantasy Football funnage. Totally a word. So I present to you: the 2017 RCL Fantasy Football Season, with prizes!

Note: We have some big changes to announce; and these requests have been implemented with you, the Razzball readers in mind! First, we’ve dropped Yahoo as our provider of choice, moving to FanTrax, a site that’s not just innovative, but streamlined as well. And that’s not all, we have some format changes to announce! You hate drafting Kickers? Do you roll your eyes when someone drafts the Seahawks DST in the sixth round? We know you do! Kickers and DSTs are now gone, replaced by three IDP spots (DL, LB, DB). Because of these changes, we’ve made sure to create 2017 IDP Draft Rankings for all of your RCL needs…

Before you get started, I know that some of you out there may have never played fantasy football before. That’s okay! Razzball has a Beginners Fantasy Football Guide just for you! Maybe you’re a seasoned veteran, well, we have a 2017 Fantasy Football Draft Kit that’s being updated everyday, be sure check it out multiple times. (That’s what she said.) And can’t think of a team name? Check out our Fantasy Football Team Name Generator. Need some rankings? Oh, we got some Fantasy Football Rankings! Now, let’s get to the good stuff… 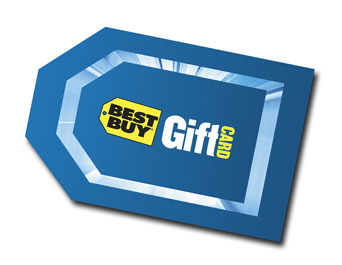 You read it right folks. If you are the Commissioner of the league that our RCL Champion is in, you get a prize. So what should you do? Follow the instructions below to create a league. The more leagues you create and fill, the greater the chance you have of hosting the eventual winner. Create as many as you want… just make sure to get them filled, so go nuts!

That’s right, if you create five leagues and fill them up by your set draft date, you get complete access to our Premium Fantasy Football Tools (along with a Razzball T-Shirt if you create and fill 10!) So my advice? Create a league, get your friends, your family, your local everything to join and get some Razzball swag. A definite win-win if you ask me…

Tehol talks the talk, and he walks the walk. Probably in a man-thong. If you are able to offend the Elder Gods and beat our very own Tehol, finishing with the most points out of all the leagues he hosts, then you get that sweet-sweet Razzball swag. That, and some serious respect from Tehol… and probably a man-thong.

A special perk by working with FanTrax is that if you choose to be a RCL Commissioner, your league will come preset. No instructions, no messy league creation, all you pick is the draft date and time and you’re done!

Just send over an email to [email protected] with your requested Draft Date and Time, and we’ll setup the league for you! No work, no worries, no, err, I really couldn’t think of another word that starts with “w”. Like wagonette… Which is a carriage with one crosswise seat in front, two seats in back. Exactly. As soon as the league is setup, I’ll send you an email with all the info and add your league to the join list!

Simply examine the Google Sheet below, find a league and draft time that works for you, and click the “LINK” button in “League Link” column to be taken to the leagues home page.