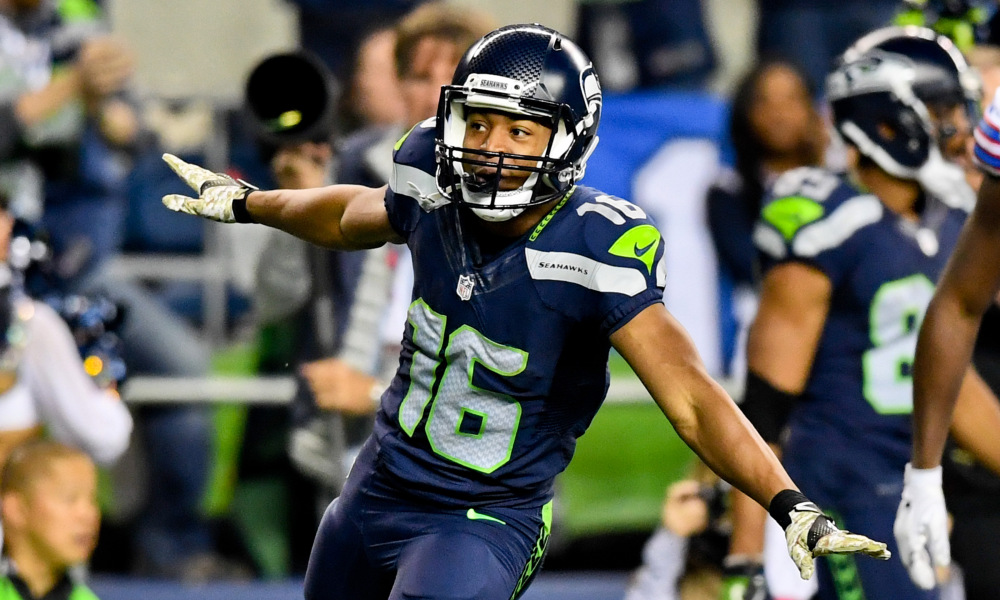 *Note* – I won’t be including the “studs” in any of my “Start” columns. You should always start Patrick Mahomes, Todd Gurley, or Antonio Brown!

While Goff completely stunk it up last week against Chicago (scored -.3 fantasy points for my team last week, but thankfully I was on bye), I think this game is going to be a major rebound for every part of this Rams team against a depleted Eagles team. While Goff only threw for 199 yards and 2 TD’s against the Eagles last season, it only came on less than 30 attempts, and it was against a much better squad. This Eagles secondary just isn’t very good, and Goff should be able to take full advantage of that tomorrow afternoon.

Another week, another start recommendation for Josh Allen. Thanks in part to some excellent play-calling from his coach and OC, and his ability to add fantasy upside with his legs, Allen always seems to be a top-12 fantasy option almost every week. This week I want to go back to the well with him, as Allen will get to tee off against a Lions defense that gives up close to 20 fantasy points a game to opposing QB’s, ranking 31st in pass defense DVOA. Allen himself is averaging close to 30 fantasy points per game over the past 3 weeks, so there is no way you can bench him on this hot streak of his.

While I am a little concerned over the fact that Joe Flacco will be active for this game, because you never know how reluctant Harbaugh is to put in Flacco when something might even look to be going poorly, I still think Jackson is a viable start.  While I don’t believe he should be started over most QB’s (he’s ranked 13th for me), if you need a QB (Wentz owners), he carries some serious upside against this Bucs defense that still hasn’t really done anything to improve over these past few Sunday’s.

While he has been producing very well these past few weeks, averaging close to 25 fantasy points per game over the last 4 games, I don’t like this matchup at all for Prescott. Whether you want to believe it or not, this is a vastly-improved Colts defense from a year ago. Not only do they give up only 17 fantasy points per game to opposing QB’s over the past 4 weeks, but on the season, they rank 17th in pass defense DVOA, and 5th in rush defense DVOA. I would look elsewhere from Dak as he’ll be on the road, and it’s likely you drafted a better QB that you can start over him in the semifinals.

In the past 4 weeks, Stafford has only thrown 2 TD’s. That won’t cut it in the fantasy playoffs, and it’s not going to get any better this week on the road in Buffalo. Over the past four weeks, the Bills have given up only 15 fantasy points per game to opposing QB’s, ranking 3rd in pass defense DVOA on the entire season. I have no confidence in Stafford on Sunday.

Newton has struggled in his past few games against the Saints, averaging only 22.5 fantasy points per game in his past 3 games against them. Additionally, the Saints have played very well recently, only giving up 19 fantasy points per game to opposing QB’s in the past 4 weeks. While I firmly believe you should never bench your studs, especially in the playoffs, I do think that owners can look elsewhere if you have better options. I have him ranked 14th, so while I still think he should be started over a majority of other options, he isn’t a must-start for me, and there are clearly other options I would choose over him.

With the Broncos being very thin at receiver, the Broncos offensive production now flows through Mr. Lindsay. It’s a great matchup for the rookie, as the Browns give up 5.0 YPC to opposing RB’s on the season. Lindsay also gets love in the Broncos passing game now, as he racked in 7 targets last week. Lindsay is a must-start tonight against Cleveland.

Carson had a very good Monday night last week against the Vikings, totaling 22 carries, and finding the end-zone when all was said and done. It’s a good matchup against the 49ers, a defense that 25th in pass defense DVOA and 14th in rush defense DVOA. The key here is volume, and Carson will be getting a lot of touches in this matchup, so he’s immediately placed into top-15 potential, and should be considered in all formats.

While I’m not the biggest fan of the matchup against Houston, I still believe McGuire has the potential to be a top-25 running back this week, and if you need help at the position, this is the time to start him. With Crowell being out this week, and Bilal Powell already being placed on IR, McGuire is going to become a bellcow back for the Jets. Volume is always something we’re looking for in fantasy, and even though the Texans only give up 19 fantasy points per game to opposing RB’s, I still think we can start him tonight with confidence.

Last week was one to forget for AD, as he finished the day with a measly 10 carries for 16 total yards. While the Jags have been run on lately, they’ve also done a really good job limiting opposing running backs as well, and it doesn’t seem like they’re a total sieve. With Josh Johnson at QB, I’m not expecting much from this Redskins offense as a whole this week on the road, so I don’t think we can trust Peterson at all.

While the matchup is pretty good, McCoy is the exact opposite. In the past 3 games, he’s averaged a horrible 5.6 fantasy points per game. Also, he might have a hamstring issue (misseed the first few practices earlier in the week, but did have a limited practice on Thurs and Fri), so I can’t even trust him in a positive matchup. You have to look elsewhere.

While he did score last week to save himself, he only rushed for 33 yards on 14 total carries. With that type of production, he’s already not earning our trust in the playoffs, and with the fact that he’ll be facing Dallas, a unit that ranks 4th in rush defense DVOA, I really don’t think the Mack owners should start him.

While he did struggle last week against the Vikings, this should be a rebound game for Lockett this week against San Francisco. Not only did he have a 52-yard TD against them in Week 13, the Niners as a whole have allowed the most TD to opposing WR’s in the entire NFL this season. Lock and load!

Landry has been on fire these past two weeks, totaling at least 16 fantasy points in each week, and it seems like Cleveland is doing their best to put the ball in his hands after a rough stretch in the middle of the season. This week he’ll get to face a Broncos secondary that will be without Chris Harris and Isaac Yiadom. I like Landry to continue the mini-streak, and he’s a very viable start in all formats.

After a shocking loss last week at the hands of Miami, this Pats offense should be very aggressive out of the gate, and I really like Edelman this week against Pittsburgh. The Steelers secondary has struggled to cover slot receivers all season long, and Edelman should benefit from this. He’s a very solid option this week.

While I do like the fact that he could get an increase in targets with the absence of DeSean Jackson, it’s a very tough matchup for him against Baltimore on the road, and most of the team’s targets will likely go to Mike Evans and Adam Humphries anyway.

While the matchup is good, this Cardinals offense looks pretty darn bad, and I don’t expect him to be very productive here on the road.

I don’t know if I’m being more down on the Eagles this week compared to the rest of the industry, but regardless, this is not a good spot on the road against the Rams, with Nick Foles under center. We can look elsewhere from these two options.

While the matchup isn’t easy, I really like Thomas this week for those that need him as Greg Olsen’s replacement. In his first game without Olsen last week against Cleveland, the rookie hauled in 9 catches for 77 yards. Let’s hope the Saints treat him like they did Cameron Brate last week, has he scored two TD’s against them last week. If you need Thomas, he’s a very viable option.

In standard leagues, Burton has scored two fantasy points in his past four games, and in PPR leagues, only a combined 9 fpts. It’s a brutal matchup for him this week against Green Bay, who has only allowed just one TD to opposing TE’s all year. Can’t trust Trey Boo Boo this week.

While he has been struggling coming into this week, this is a great rebound matchup for Bailey, as eight kickers have made multiple field goals against the Fins this season, and he will be at home and indoors.

Jacksonville Jaguars (vs. WAS)

While Elliott has been performing well, I don’t feel confident in him this week as he’ll be on the road, against the Rams, with Nick Foles under center.

While the Vikings offense has looked really bad during certain times in the year, I still don’t want to invest in the Dolphins defense, a unit that has not produced more than two sacks in the past 4 weeks, on the road.

Alright guys, that is all my time for today. Good luck to everyone in the semifinals, and I’ll be back on Wednesday for my Week 16 Rankings! As always, if you have a question or comment, don’t hesitate to leave one below!

I’m trying to find a way to start Lockett. In a non-PPR league, would I be out of line to start him over Sony Michel at flex?

Good morning! Would you start Coleman, Godwin, or Reynolds at the flex? Thank you!

I want to find a way to lock in Lockett! In a non-PPR league, am I crazy to start him over Sony Michel at flex?

Would I be crazy to start Lockett over Michel for my flex? Non PPR.

I’m following your advice of Thomas over Burton at TE!