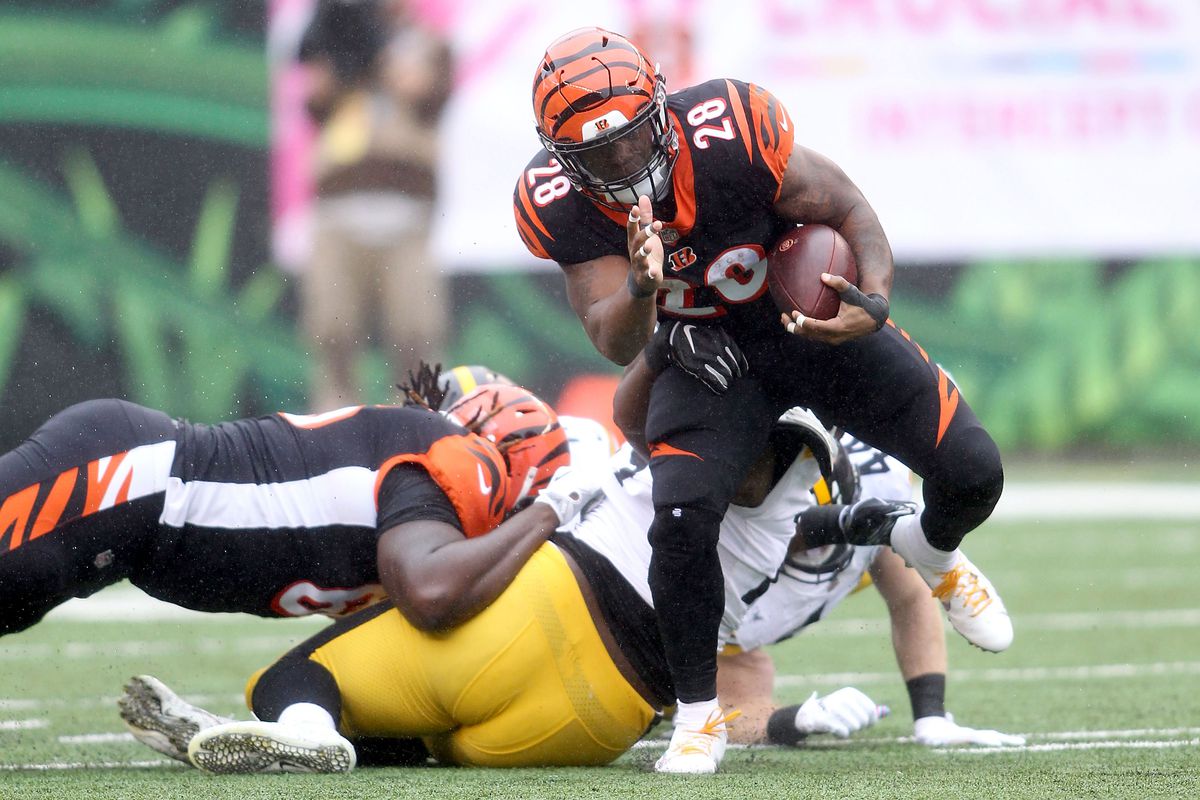 What’s going on everyone, and welcome back to another edition of “Start ‘Em, Sit ‘Em!” Were approaching Week 7 of the NFL season, and have some terrific games on the slate, especially in the primetime spots tomorrow and on Monday night.

*Note* – My Week 7 Rankings can be found here, and be sure to check out Rudy’s projections for this week here!

Cousins has had a great start to the 2018 NFL season, ranking as the 5th-best QB in fantasy. He’ll get a good matchup this week on the road in New York against a Jets secondary that has allowed, on average, 2 passing TD’s a game, as well as 25 fantasy points per game to opposing QB’s over the past four weeks. No need to go away from Kirk tomorrow afternoon.

Despite how great the Chiefs offense is, their defense is still one of the weakest units in the NFL, and is the sole reason why Patrick Mahomes needs to put up 40 points a game in order to stay competitive. After a painful last-second loss to the Steelers last week, Dalton should come into Arrowhead guns-blazin’, and should be able to put up some serious fantasy numbers on Sunday night.

Alright, well after the past two weeks, and the fact that he’s been officially removed from the practice report, all signs are pointing to the fact that Carson Wentz, is in fact, back. It’s as good matchup as any for the Philly QB, as not only does Carolina give up close to 280 yards and 2 TD’s a game to opposing QB’s, in their matchup last season, Wentz put up 222 yards and 3 TD’s. If you got him, start him.

While Rivers has been playing some really good real-life football, he’s not exactly been setting the world on fire in fantasy, finishing as the 12th-best fantasy QB in the past few weeks. There is some downside to his Week 7 matchup as he’ll be traveling to London to play a Titans defense that hasn’t looked all-wordly, but still only allows 16.8 fantasy points per game to opposing QB’s in the past four weeks, thanks to some impressive CB play. There are better options than Rivers tomorrow.

I don’t think we can rely on Watson for big-time fantasy production most weeks, and I would expect less than that tomorrow afternoon as he’ll be on the road in Jacksonville. While the Jags defense looked pretty bad last week against the Cowboys, I would expect them to regress back to their normal, elite status, and shut down this Houston offense.

While Prescott had a career game last week against Jacksonville, I don’t think that is a sign of things to come for the young gunner. He’ll be on the road in Washington, where he’s likely to struggle due to the matchup, and the fact that Prescott as a whole, doesn’t fare to well away from home. He isn’t a consistent fantasy option just yet.

Kansas City continues to struggle against the run, allowing close to 5.7 yards per carry and 36 fantasy points per game over the last four weeks. Mixon is in a prime spot, and should be locked into lineups. I would expect a Top 3 fantasy day from the young running back.

Cohen got nearly 47% of the snaps last week against Miami in a game that turned into a back-and-forth shootout. He’ll face off against a Patriots defense that is allowing close to 7 catches a game to opposing RB’s, so Cohen brings in some serious PPR appeal. Even if this game isn’t a shootout like it was last week, Cohen should still be productive in this matchup.

In the past four weeks, the Dolphins have allowed close to 4.4 yards per carry, as well as 4 rushing TD’s against opposing running backs these past four weeks. Johnson will get a ton of work tomorrow as Theo Riddick will likely be out for this matchup, so lock in Johnson and forget about it.

Alex Collins (vs. NO)

While it’s fantastic that he received a 19-carry workload last week against Tennesse, Collins’ matchup can’t get any tougher this week against a Saints defense that ranks 1st in run defense DVOA, only allowing 2.4 yards per carry over the past two weeks. If you have any better options, I don’t think Collins is in for a good time tomorrow.

While Howard isn’t the worst starting option in the world, he’s clearly starting to trend downwards in terms of usage rate and snap counts, only posting a 53% snap rate last week against Miami. There is some downside to this matchup for him if it turns into a shootout, or the Bears play from behind, both scenarios leading to more production from Tarik Cohen.

Over the past couple of weeks, the Bills defense has come to play! In the past four weeks, the Bills have allowed only 19 fantasy points per game to opposing RB’s, ranking 7th in rush defense DVOA. While Mack will get his work like he did last week, I’m not sure if he’ll be able to do with a lot of it.

It was a great showing from Alshon last week on Thursday Night, catching 8 of 12 total targets against the Giants. It’s a great matchup against the Panthers this week, a secondary unit that has allowed close to 40 fantasy points a game to opposing WR’s. Lock and load!

Out of all the 1v1 matchups for the Lions receivers, Tate has the best of the bunch. With Jones and Golladay likely dealing with Xavien Howard, Tate should thrive in the slot for Detroit, and carries a huge upside and floor.

Not only did he put up a 6/108 line against the Niners last year, but with Cooper Kupp missing this game, Woods should continue to get a bunch of targets in this plus matchup.

Not only is it bad he only caught one out of four targets last week, it’s not going to get any better for Davis as he’ll likely get a good dose of Casey Hayward in London.

He only got three targets last week, which certainly isn’t anything to brag about, and this matchup isn’t going to get any easier for him as he’ll face off against a potent Jags secondary at home.

It was a great week for Njoku last Sunday, as he caught 7 balls and found his way into the endzone against the Chargers. It’s a great matchup for Njoku this go-around, as the Bucs are one of the worst defenses against opposing TE’s, giving up close to 21 fantasy points a game to opposing tight ends. Lock and load!

Caught 6 of 7 targets last week as he’s stepping up in the wake of Tyler Eifert’s injury, and it’s a good matchup for Uzomah, as this Chiefs defense gives up close to 16 fantasy points per game to opposing Tight Ends.

It’s a good sign that Olsen got a good amount of targets last week in his first game back from injury, but I don’t think we necessarily have to start him this week against a tough Philly secondary that has only allowed 6 fantasy points per game to opposing TE’s.

While Kittle continues to rack in the targets, and doesn’t necessarily need to be benched due to positional scarcity, be aware that it’s a tough matchup for him, as the Rams only have allowed just 8 fantasy points per game to TE’s in the past four weeks.

He’s been on fire lately, and deserves to be in our lineups again.

The Lions are a sleeper option this week on the road in Miami against a Brock Osweiler-led Dolphins offense that is bound to regress against a solid secondary.

He’s injured and iffy to play, and I don’t think we can start him even if he does suit up.

While it could be a good matchup against a struggling offense and O-Line, but their own unit has their own problems, so I can’t give them my full confidence.

Alright guys, that is all my time for today. Good luck to everyone in Week 7, and I’ll be back on Wednesday for my Week 8 Rankings! As always, if you have a question or comment, don’t hesitate to leave one below!