Greetings! I’d like to start by informing you that my doctor prescribed me Wellbutrin, which is a mild anti-depressant, but can also help with A.D.D. (which I have in the worst way). I don’t believe in taking adderall, as it’s just another form of meth, and your boy is stimulant free (other than herbal viagra). I’ve only been taking it for two weeks thus far, but it’s totally changed my life and in multiple ways at that. Not only am I more focused than ever, as I wrote this post in record time (yes, I wrote this part last), but I’ve reached the type of mental zone that I’ve only once witnessed before, and that was Bradley Cooper in Limitless. Not only do these magic blue pills make me feel better about leaving the world of modeling to become a fantasy sports writer, but I’m not busting nuts like the Steamboat Geyser. I kid you not, this shizz is incredible!  I can’t lie to ya, I’m feelin myself like Mac Dre right now, and I pray to the Elders I never lose this feeling, for I fully believe, at this moment, that I can take on the entire world and become the most famous fantasy sports writer that ever lived… Until I crash anyway, then I’ll be back in the gutter, begging sloppy drunk chicks to take me home for a hot bath and a TV dinner. I’ll let you be the judge, but, uhhhh, watch the video after the jump to see how I feel right now.

My rankings have been updated and can be found here.

Join Jay and your fellow readers in a special Razzball-only Contest! Buy-in is just $5.00 and the top-12 finishers in a 55-team league are all part of the prize pool! Sign up here!

Want to win a Razzball T-Shirt? Try out our new Fantasy Football Team Name Generator and post your favorite below in the comment section. We’ll select a random winner next Thursday!

Philip Rivers – Oakland is giving up 299 yards passing per game and Phillip Rivers is throwing for 800 yards a game right now, so you do the math. Did I mention the Chargers run game is about as stimulating as that Hulk Hogan sex tape? I don’t care if Gates plays. I don’t care if Keenan Allen suits up. Rivers will eat like he’s at home on his cattle ranch or wherever the f*ck he resides with his 25 children. [Jay’s Note: Pretty sure he has 52 children.]

Todd Gurley – Well, duh! Not only is Gurley burrowing through opposing men like that gerbil did Richard Gere, but he’s had an extra week to prepare for another 30-plus carry game AND he get’s to go up against the Browns, who by the way are DEAD ASS LAST in the NFL in run defense. This could be a historic day. Say one thing for the Cleveland Browns, they always blow horse “D”.

Charcandrick West – Pittsburgh has given up only one rushing TD on the season thus far, but their pass defense has more gaping crevices in it than the Lohan family. And what does West do best? That’s right, now you’re getting it; He catches the football and does fun and interesting things with it after the fact. I expect the Chiefs to: 1) Control the clock and, 2) Take it to Landry Jones, who everyone is praising for throwing a 5-yard pass to Martavis Bryant the Elder God blessed legend, who made one of the greatest plays I’ve ever witnessed. Jones is going to have an imprint of Justin Houston’s package on his neck when this game is through. Trust me.

Pierre Garçon – How this dud keeps making my list, I have no idea. But he’s here! D-Jax the fraudulent is out another week, so the Frenchman should yet again, receive a ton of targets. Being that Tampa’s defense is leakier than my dong after I raw dogged Nicky Hilton, I’m actually expecting he breaks 50-yards receiving with a score.

Dorial Green-Beckham – If Harry Douglas misses this game with his rib injury, I’m totally fine with throwing DGB into your DFS or 12-team league match-ups. Desmond Trufant should be on Kendall Wright, leaving Beckham to go balls deep into Alford or whatever bum is left to attempt in stopping this behemoth. We are all witnesses.

Jordan Reed – Again, Tampa Defense. Leakage… we don’t need to get into this again.

Cardinals Defense – Aaaaaaahkay, so if I’m the Cardinals, I lock Peterson on Steve Smith and blitz the living shizzzz out of Joey Flacco. That’s the only game plan needed. Seriously, it’s that simple this week.

Sam Bradford – Carolina’s defense don’t play and Bradford don’t play well. Does that make sense? Either way, Bradford looks my string bean lookin’ as step daughter who I sponsor in Ethiopia. This guy is so bad, he gives Christian Slater hope of a comeback. This guy is so horrific, Sinbad thinks he’s got a shot to do Houseguest 2 with a $100 million dollar budget. Jonathan Taylor-Thomas now believes that if Sam Bradford can start at quarterback in the NFL, that he can stop doing gay porn to pay for his studio apartment in West Hollywood, and start directing films for Netflix. I CAN’T TAKE IT ANYMORE! GIVE ME SANCHIZE! 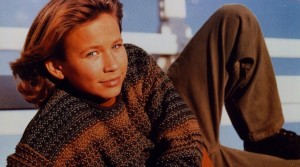 Joe Flacco – Coach Beddict wrote about this earlier when speaking on the Cardinals defense. Why don’t you scroll up and re-read it so I don’t waste any more of your oh so precious time. THANKS!

Any Browns Running back – Really excited about the fact that Robert Turbin has now entered the mix and made it impossible to even consider starting a Browns running back in fantasy for the rest of the season. Kind of reminds of last year’s dumpster fire. I’m so sick and tired of the joke show going on in Cleveland I could retire and go back to thong modeling, where I’m not forced to write about a subject that angers me beyond measures I never thought possible. I DESPISE THE CLEVELAND BROWNS! Except Barnidge. Love that dude.

Melvin Gordon – Ahhhh, look who’s back in the sit column. Shocker! Jeff Gordon has a better shot of running for 100-yards this week than this peon. The Chargers’ first round draft pick belongs at third string, yet he’s been handed the starting role for reasons I’m not aware of. You know, because he looks like the definition of mediocrity on the football field. More Woodhead and Brandon Oliver please.

Jordan Matthews – Someone look up this bum’s ADP for me right quick. I’m exhausted from witnessing the Blue Jays blow the AL pennant and only have so much time to give you before I begin swiping right on every chick within 100 miles of me until one (or hopefully more) say yes. Matthews has been more disappointing than Aaron Paul’s post ‘Breaking Bad’ career. Seriously tho, were any of you truly expecting him to become a movie star? If you said yes to that this question you should be punished by eating an overripe banana out of John Goodman’s ass.

Brandon LaFell – Why are people adding LaFell like he’s the greatest thing since ass implants for chicks,  I have no clue, but uhhhh, I don’t give a horses dick what LaFell did last year. That was last year! Since when does Belichick care about past performance. Let’s be real; LaFell is a middling talent who succeeded in the Patriots system. Now that Edelman has become a star and Gronk is fully healthy, WHY would Brady ever want to throw to Cam Newton’s former nut rag carrier? Sure, he’ll have some games where he’s wide open because of the aforementioned players, but I just don’t see him being a consistent threat or anyone I’d want to start.

Heath Miller – Didn’t hate many tight ends this week, but I do hate this one considering Landry Jones is starting. You’ve got to be realistic about these things.

Texans Defense – Remember when the Texans were a most own fantasy defense? Yea, well, remember when Nicolas Cage was a relevant human being? Both are finished and I’m not even mad about it.

Thank you for joining me for another edition of Star Em’, Sit Em’. As per usual, your comments and questions will be answered below in due time. I swear on the Elder Gods that I will answer each and every single one of them, for I love you as much as any former thong modeling fantasy football writer can love people he’s never met. Enjoy the weekend. I know I won’t.