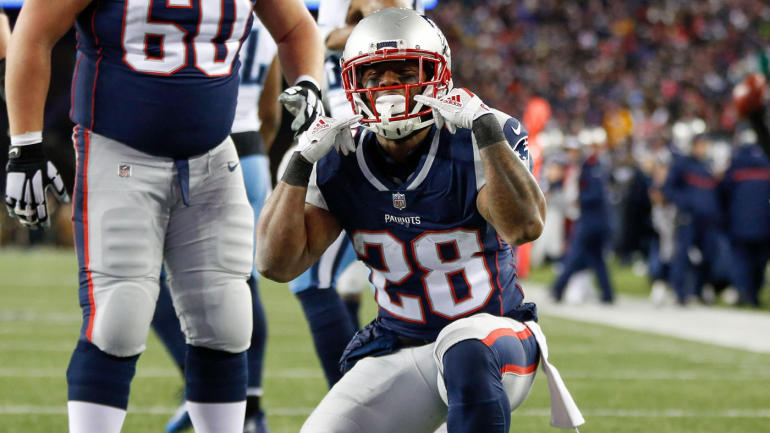 What’s going on everyone, and welcome back to another edition of “Start ‘Em, Sit ‘Em”! We’ve got a great week ahead, with shootout potential in quite a few games, and two matchups between playoff and Super Bowl hopefuls with LAR-NO and GB-NE. Should be quite the week!

*Note* – My Week 9 Rankings can be found here, and be sure to check out Rudy’s projections for this week here!

In their matchup last season at home, Goff did quite well against the Saints (who had a much better defense a year ago), stringing together a great fantasy day as he threw for 354 passing yards and 2 TD’s. While Goff will be on the road this year, the matchup certainly isn’t scary as the Saints rank 29th in pass defense DVOA. He also should throw it more than he has been these past few weeks, as it shouldn’t be a Gurley game with the Saints staying competitive throughout.

While he hasn’t been setting the world on fire as of late, he’s still a very viable QB1, and should have another nice day at home against the Detroit Lions defense. This Lions secondary is very weak (as you saw last week against Seattle at home), ranking 30th in pass defense DVOA. Cousins, like always, is a solid QB1 option this week.

While the Titans defense isn’t the easiest matchup in the world, only giving up close to 18 fantasy points a game these past 4 weeks, Prescott’s ability to extend plays with his legs, in addition to just running the ball straight up, is the reason why he’s put together some impressive fantasy days as of late, averaging 25 fantasy points in his past 3 games. The addition of Amari Cooper should also help him, as I’ll be expecting another nice fantasy day at home on Monday night.

While the Bills offense is not doing this team any favors, their defense is one of the best units in the NFL, ranking 4th in pass defense DVOA. While Trubisky has been averaging close to 30 fantasy points a game these past few weeks, it’s been due to some very easy matchups against the Bucs, Pats, Dolphins and Jets. I don’t expect a lot from Trubisky on the road in Buffalo, and the Bills defense should have their way with the 2nd-year QB.

In 2 meetings against the Vikings last season, Stafford only averaged close to 16 fantasy points per game. That’s never great, and it gets even worse when you factor in that he’s now lost his most reliable target in Golden Tate. This Vikings defense is legitimate, and Stafford should struggle on the road.

While the Chiefs look like a really bad defense on the year, they’ve actually looked much better these past few weeks, shutting down the Bengals on Sunday night, and then forcing a bunch of sacks against the Broncos. However, the biggest reason why I’m worried about Mayfield is due to the major coaching shakeup that the Browns just went through. Whatever your opinion was about Hue Jackson and Todd Hayley, it’s never great for a young QB to go through a sudden change. If you’ve got Mayfield, I would look elsewhere as he’ll have to settle in with his new play-callers for at least a week.

While the Packers don’t have a track record this season of allowing a lot of catches out of the backfield, it’s still a great matchup for James White in a game that should see him getting a lot of touches and opportunities. Not only do the Packers rank 24th in run defense DVOA, but they’ve also allowed close to 30 fantasy points per game to opposing RB’s. White should have a field day on Sunday night.

Drake’s usage rate is slowly going up by the week, which is great news, as he played on 54% of the snaps with 14 total touches. While the Jets do rank 18th in run defense DVOA, they’ve given up close to 27 fantasy points to opposing RB’s over the past 4 weeks. If you’ve got Drake, use him.

While the Lions will be getting Damon Harrison back on the defensive line, this is still a unit that ranks 30th in rush defense DVOA. Murray has been absolutely tearing it up as of late, averaging 5.1 yards per carry over his last 4 games. If Cook is out once more, he should be in line for 15+ touches, which is always a good thing.

With Freeman out last week, Lindsay received 21 total touches, which is always a great thing. If Freeman is out again, Lindsay will be in play, but the matchup couldn’t get any tougher for the young running back. He’ll face off against Houston, a unit that ranks 1st in run defense DVOA, and have done a good job at limiting opponents on the ground. If Lindsay is your best option, don’t ignore the volume. However, if you’ve got a better option on Sunday, I’d look elsewhere due to the tough matchup.

McCoy had a great Monday night last week against New England, as he finally got 20 total touches (in addition to 6 catches for 82 yards) in this Bills offense. However, the matchup is going to get even tougher this Sunday against Chicago (they rank 3rd in rush defense DVOA), and the Bills will be going back to Nathan Peterman. Not exactly a great combination.

Like Lindsay, if you’ve got Collins, I don’t hate that he’s getting a good amount of carries. However, the matchup is really tough for him as he’ll face a Steelers defense that ranks 10th in rush defense DVOA, only allowing close to 18 fantasy points per game to opposing RB’s. If you’ve got better options, I’d look elsewhere.

With the likely return of Cooper Kupp, Woods might not get as many targets as he’s been getting, however, he still should get a good matchup on the inside against the Saints, while avoiding top CB Lattimore. This game should be a shootout, and Woods will benefit from that.

While the matchup isn’t the greatest, it’s a decent matchup for Sanders against the Texans in the slot, as Houston ranks 14th in pass defense DVOA. However, what I really like about Sanders is his likely target share skyrocketing with Demaryius Thomas traded away. While Courtland Sutton will eventually become a great force in this offense, Keenum’s #1 target is still Sanders, and he should be racking in catches.

While he hasn’t been a stud WR1 during these first few months of the season, only averaging close to 15 fantasy points per game these past few weeks, it’s a great time for him to bounce back. The Chargers are coming off of their bye, and have probably discussed this past week how to get him more involved in this offense. He’ll face Seattle this week, a secondary that has given up close to 38 fantasy points per game to opposing receivers.

Not only will Cooks likely get shadowed by Lattimore, his overall target share is going to go down thanks to Cooper Kupp being put back into the lineup. This game should be high scoring, but I like Woods and Kupp tomorrow way more than Cooks. There’s some downside here.

While it’s not even 100% certain if he goes or not, it’s a tough matchup regardless against the stud corner Tre’davious White. You can’t trust him this week in your lineup.

No need to start Thomas here. Not only will he have to have some time to pick up the new playbook, it’s a very tough matchup against the Broncos, who rank 2nd in pass defense DVOA. Also, Deshaun Watson having injured lungs and ribs in the mile-high altitude? Actually a problem.

He’ll get his main man Fitzpatrick back, and it’s a great matchup, as the Panthers rank 28th in DVOA vs. TE’s, giving up close to 20.7 fantasy points a game to opposing TE’s. Lock and load!

If you need a streaming option, I’d go with Herndon. He’s scored a TD 3 weeks in a row, and Miami has allowed a TE to score a TD in 5 straight weeks. I like those odds for him to continue the streak.

While he did score last week, he’s still tough to trust, and it’s a very tough matchup against a Chargers defense that ranks 1st in DVOA vs. Tight Ends.

6 FG’s in his last 3, and the Chiefs should continue to roll against the Browns.

They’re on the road, but they’re gonna face Nathan Peterman. And Khalil Mack should return. You do the math.

While they did look good against Buffalo, and did score a pick-six, they’re gonna face Aaron Rodgers. Not great.

Alright guys, that is all my time for today. Good luck to everyone in Week 9, and I’ll be back on Wednesday for my Week 10 Rankings! As always, if you have a question or comment, don’t hesitate to leave one below!