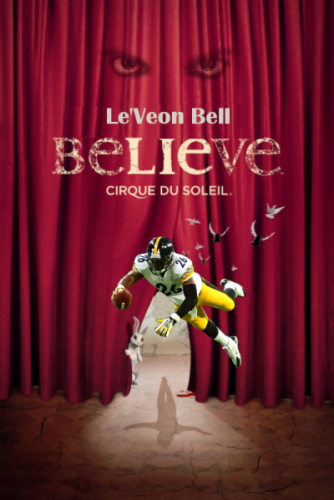 For most we are one win away from the fantasy football Super Bowl. Stop pretending like you aren’t amped up and get ready for the most exciting week so far of your fantasy season. But for a moment, let’s take a look at some of the players that might have helped you get here last week…

Last week the running back named Williams that was getting the most talk was Kerwynn Williams of the Arizona Cardinals. With Andre Ellington done for the season Stepfan Taylor was supposed to be the running back to take over. Everyone was surprised when Kerwynn was signed off the practice team and led the Cards that very same week with 19 carries for 100 yards. But enough of that Williams, let’s talk about another Williams. With Rashad Jennings questionable most of the week, Andre Williams was primed for a major role. And he did not disappoint rushing 24 times for 131 yards and a touchdown. Move over Williams sisters… Honorable Mention (Jonathan Stewart 23.45)

If it’s not Wright it must be Wright. Last week this honor went to Kendall Wright, this week it goes to Jarius Wright. WHO? Jarius Wright. Never heard of him either? Not surprising. Aside from week 4, he hasn’t done much of anything. This past week was a different story. Jarius caught 4 of 5 targets for 123 yards and a touchdown. And to top it off, he added a rushing attempt for another 23 yards. You spin me Wright round, baby – Wright round like a record, baby – Wright round round round… Honorable Mention (Chris Hogan 24.9)

Mychal Rivera has been a Stats Machine favorite several times this season. What did he do to get noticed this week? Rivera was perfect, catching 7 or 7 targets for 109 yards and a touchdown. He has really become a factor in fantasy since week 8, but he’s just not consistent enough to be trusted. Oh yeah and there’s the fact that he’s on the Oakland Raiders. Hit or miss just isn’t a game I’m looking to play during the playoffs. Especially when he had 1 catch for 8 yards a few weeks ago against the same team he is playing this week. Thanks, but no thanks. Honorable Mention (Scott Chandler 23.95)

Do you Bell-ieve? The Stats Machine does. Le’Veon Bell is making Bell-ievers of us all. That’s what 26 carries for 185 yards and 2 trips to the end zone will do. And for those that aren’t impressed with his ground act, how about his receiving routine? Bell caught 6 of 9 targets for another 50 yards and another touchdown. That’s 3 end zone appearances! According to The Stats Machine this is the second best week for any player this season. The best week ever was Le’Veon Bell last week. Bell-ieve the hype! Honorable Mention (DeMarco Murray 45.65)

Are you jonesing for some more Julio? In the words of the great Busta Rhymes, “Gimme some more”. Quintorris Lopez Jones set a career high last week catching 11 passes for 259 yards and a touchdown. This after setting his career high just the week before with 189 yards. Can he do it again this week? That all depends on his health, but I’d certainly love to see it happen. Apparently Jones is currently on pace to beat Calvin Johnson’s record of averaging 88 yards per game over the course of his career. Mr. Jones and me, we’re gonna be big stars… Honorable Mention (A.J. Green 40)

For some reason every time I hear the name Bennett I think of the movie Commando. That flick was pretty badass for its time. “I eat Green Berets for breakfast. And right now, I’m very hungry!” Back to Martellus, who is also looking for a role in Martavius’s rumored sequel to Gladiator was targeted 15 times and caught 12 of them for 84 yards and a touchdown. He was quiet for a few weeks, but seems to have picked things back up the last two weeks. Just in time for the playoffs. Quoting Colonel John Matrix, “Let off some steam, Bennett”. Honorable Mention (Rob Gronkowski 29.5)

Here are the stats (Downloadable Excel)…