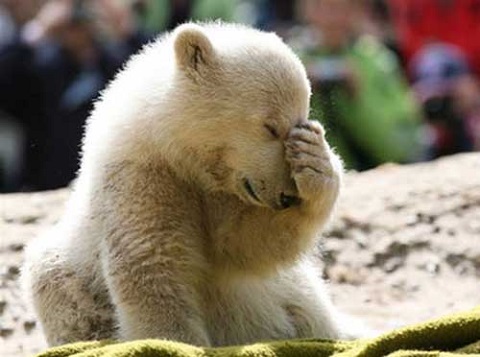 In what was an embarrassing display of defense, especially for the Bears, or even the Buccaneers, the Patriots took advantage of the brand new and radical “Cover No one” formation, laying down a 51-spot on the scoreboard. Gronk smash is correct. Much had been publicized on Brandon Marshall’s “motivational speaking” tour after a Miami loss last week, “motivating” everyone from Jay Cutler to Robbie Gould.

You see something missing there? People, who, perhaps are in charge of preventing another team from outscoring yours? Pray tell… So, we’ll probably get another week of Marc Trestman blaming (somewhat warranted), Brandon Marshall yelling (probably shouldn’t call it motivating anymore) and Jay Cutler outrage (because he gave up 51 points all by his lonesome). Unless, of course, the media will focus more on fact that the Patriots are now 6-2, in first place, and look every bit as dangerous as they used to. Sigh, that’s exactly what’s going to happen, isn’t it? Oh God damn it Bears, did you really have to let that happen?

Golden Tate – 7 REC, 151 YDS, 1 TD. If you would have told me in the preseason that in just a few months, Golden Tate would have been a better choice than Calvin Johnson, I would have punched you in the mouth.

Matt Ryan – 20/27, 228 YDS, 2 TD, 1 INT and 1 CAR, 6 YDS. Perhaps Ryan will make a complaint over the tally wacker. I believe that’s what they call the scoreboard operator over in England. I should note that his interception was probably the worst I’ve seen in a long time. Unless he thought that Julio Jones could teleport. That could explain it.

Cordarrelle Patterson – 6 REC, 86 YDS – To be fair, Patterson did this four weeks after being fantasy relevant, so no one really missed out here.

Greg Jennings – 3 REC, 38 YDS, 1 TD – Did anyone else forget Greg Jennings was still playing? I had to Google him to see if he had just come out of retirement to play this game.

Doug Martin – 10 CAR, 27 YDS and 2 REC, -1 YDS. News has surfaced that the Buccanneers are looking to trade Muscle Hamster, and that there are multiple teams drawing interest. Someone should probably tell them that Richard Gere doesn’t count as multiple teams.

Marshawn Lynch – 14 CAR, 62 YDS and 1 REC, 2 YDS. Reports surfaced before the game that Lynch is not wanted back next season, and would have been traded if not for depth issues. Seems as though the Seahawks learned a lot from Shaun Alexander.

Giovani Bernard – 16 CAR, 45 YDS, 1 TD and 2 REC, 2 YDS. Left in the fourth quarter with a hip injury and did not return. With a name like that, I just figured he went to go cook some pizza. While, as of this posting, the injury is not being reported as serious, he’s been going through some aches and pains the last three games. It’ll be something to keep an eye on as the week progresses.

Geno Smith – 2/8, 5 YDS, 3 INT. I still don’t understand why Rex Ryan pulled Smith here. He was building a great chemistry with the Bills defense, and his confidence was rising with the more reps he got with that group.

Jonas Gray – 17 CAR, 86 YDS. Gray was on my roster briefly. He had something like two or three carries against the Jets, and so I cut him and told everyone to not bother. I apologize for his certain fantasy breakout.

Carson Palmer – 20/42, 329 YDS, 2 TD. Palmer has been around the 15th best quarterback in the league for a solid decade, if not more. I’d say that’s an accomplishment… of something.

Andre Ellington – 23 CAR, 71 YDS, 1 TD. With Ellington, I feel like I should be listening to jazz rather than watching the Cardinals.

Larry Fitzgerald – 7 REC, 160 YDS, 1 TD. With Fitzgerald, I feel like I should be listing to jazz rather than watching the Cardinals. So what I’m saying is, jazz is fun. The Cardinals? Well… it’s certainly not jazz.

LeSean McCoy – 21 CAR, 83 YDS and 3 REC, 14 YDS. He’s certainly been mediocre of late, but I have to think things will get better once the practice squad isn’t blocking for him.

Andrew Luck – 26/45, 400 YDS, 3 TD, 2 INT and 3 CAR, 26 YDS. Serious question… Is Andrew Luck like a quarterback Brett Keisel? Or is Brett Keisel like a lineman Andrew Luck? OH, I got it! Ryan Fitzpatrick is Harvard Brett Keisel, who is architect Andrew Luck. It all makes sense now…

Brandin Cooks – 6 REC, 94 YDS, 1 TD. Cooks is the Offensive Rookie of the Year at this point, right?

Kenny Stills – 4 REC, 57 YDS. If Stills rocks that haircut from this point forward, and doesn’t do this touchdown dance, he’s letting a big opportunity go to waste…

Jordy Nelson – 3 REC, 25 YDS. Does Jordy have ebola or something?