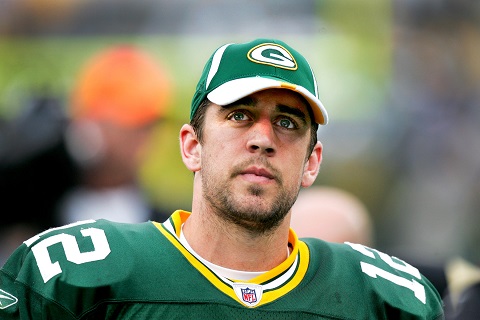 WHAT. A. GAME. And while those Tampa Bay Buccaneers jerseys will never not be ugly, I want to establish that out of the two statements I just made, only one was leaking sarcasm… and I’ll let you figure out which one. Honestly, at what point should the NFL stop serving endless vodka with a heaping side of cocaine when they’re picking matchups for Monday and Thursday night? In a game that featured what seemed like six hours of tied football when Roberto Aguayo wasn’t missing and making field goals in sequential order (because that’s what you want from a field goal kicker) I don’t think we learned much. I mean, except for the fact that Derek Anderson is the consummate professional. He’d been out of the starting role for how many decades now? And as you can see above, he was instantly back to form. Our national nightmare is over everyone, the epoch of Derek Anderson has begun. Again.

Welcome everybody to this week’s edition of “Dap Impacts”, our recurring series here at Razzball analyzing the most important fist bumps in history. This week, we’ll highlight Barack Obama, a man who has dapped more world leaders than all other human beings combined. And who could forget the time he dapped his own wife when accepting the Democratic party’s nomination for President, in a heartwarming moment that Fox News lovingly described as a “terrorist fist jab”… *answers call from Jay* I’ve been informed that this is actually another installment of Deep Impact, and also that Fox News did not mean that as a compliment. For those of you who haven’t been reading (looking at you, Sam Hinkie), this is for fantasy football players who like to go rummaging through the Dumpsters looking for hidden treasures. Not literally, Steve, get out of the trash and for the love of all that is holy please take that out of your mouth. For everyone who has been reading this series from the beginning, wow that’s a great haircut, very sharp. And is that new cologne I smell? Well, someone is really out to impress. Here are some plays this week to reward you for being so dapper…

If you haven’t already, you can listen to the podcast that was recorded during this draft here, which was hosted by former ESPN producer Pod Vader. Come to think of it, he not only hosted the league, he was a special host for the actual podcast. Two birds! One stone! You know how the saying goes… and if you don’t, no worries! Just blame Obama! Anyhow, with this expert draft in the books, it’s time to write about said draft in the self-deprecating manner that captivates all of my first dates (and not so coincidentally, last dates) to no end. So first, let’s introduce the players: ESPN’s former Producer Pod Vader, Fantasy Insiders‘ Joel Henard, SportsGalPal‘s Ramona Rice, Her Fantasy Football’s Brandon Marianne Lee, Matt Chatham from Football by Football, Wally Spurlin from Fantasy Football Sharks, D-Rex (yes, that’s his name, no, he’s not a dinosaur, unfortunately) from Pyromaniac, Daily Fantasy Sports Rankings‘ Doug Norrie, Pro Football Weekly‘s John Sahly, and Jay from Razzball (hey, that’s me!) And now? My team!

Overall, it was a disastrous week in Fantasy Football, let’s face it. We saw injuries galore, some upsets, and some uninspiring performances from fantasy stars. We saw some major injuries, potentially major injuries, and that is what will be dissected in this post, to make sure you guys are making all the right moves as we move that more closely to Fantasy Football playoffs. If you’ve been following and reading my Benchwarmer’s series, you probably are first in your league anyway, but for those just joining us for this special Waiver Wire edition, let’s get to it!

Several years ago while I was working on a project at work that required the crawling/scraping of blog sites, I came across a site called “the “blog” of “unnecessary” quotation marks”.  And it’s a hoot.  It’s basically people submitting photos of misused quotation marks, typically appearing on signs, to which the blog poster will comment with some “witty” quip.  You can read the site for ten minutes or two hours for the exact same effect because although it’s repetitive, it’s still quite an entertaining waste of time.  Read on for some unnecessary quotation marks of my own (along with some “completely” necessary ones, I promise), plus somewhere in here there will be a link to that blog, in case you want to check it out.  There may even be a questionable quote or two from a “source”.

This past week had a season ending achilles injury to Arian Foster , a significant knee injury to Vincent Jackson, and Darren McFadden came up big while Joseph Randle missed much of his game due to injury.  With Foster being the big and oft covered news item of the week and the fact that it’s already Thursday, I’m turning my attention to other situations, starting with the newly injured, repeat law breaker (allegedly), the one and only…

So like my team (the best team in the league of course) the Patriots had their bye on Week 4, so did I. But now I’m back, and all of you who were lost without my words of wisdom are saved. As the season is ¼ over, we are starting to see injuries, starters struggling, and backups thriving. This changes the tide of who is worth owning and who is worth dropping. As always, I’m here to lead you in the right direction. And the first player I’m going to talk about is someone I never thought I’d mention worth owning since like 2010…

In what was a interesting-because-it-was-close-but-sorta-kinda-boring-anyways Sunday Night Football game, Dallas once again proved that they are two different teams depending on which half it is. It’s almost as if they are preserving the long-held tradition of Romonobyl. An homage, if you will. While the Saints are hanging on to dear life and Brees’ busted shoulder with an 1-3 record, they’d be hard pressed to catch up with the surging Falcons and Panthers as the season progresses. I’m actually still bewildered by the fact that NFC South teams are actually capable of surging. That being said, the Cowboys find themselves in the untenable position of having everything needed to dominate a weak NFC East, but having those things injured for more than half the season (including Lance Dunbar tearing his ACL last night). The Giants were gifted a win against Buffalo, who had 17 penalties, and the Eagles were beaten unresoundingly by Washington. These teams are not good at all, and hilariously any one of them can take the division. But like the Cowboys, none of them seem to want it. Almost like some kind of derpy game of hot potato. Now that I think about it, this is actually peak NFC East. Carry on…