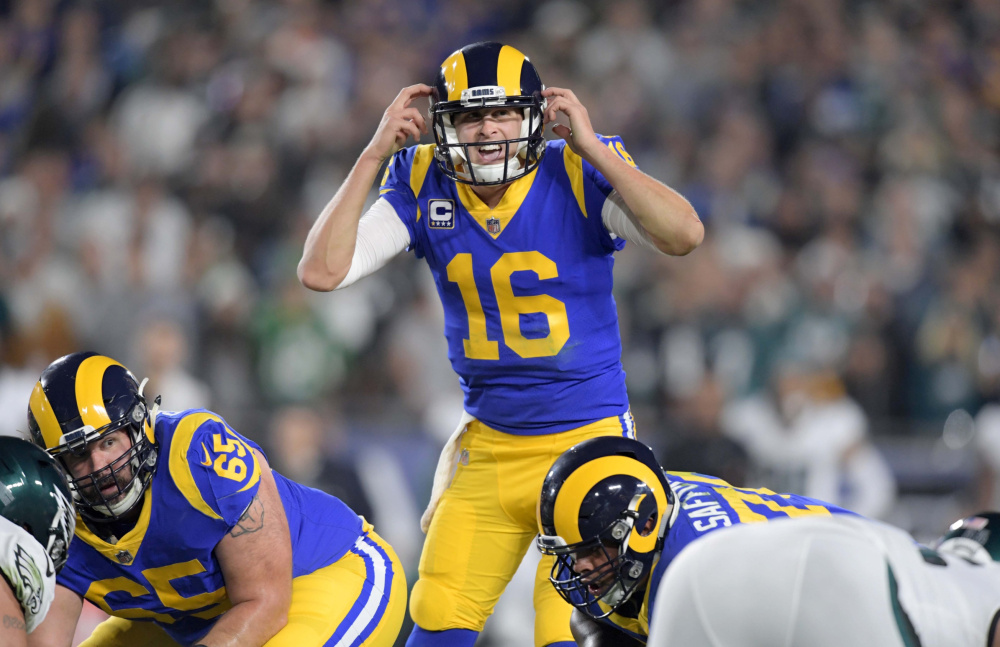 Like every single year, the QB position is completely loaded in the front end. In fact, I would argue that out of the Top 10 Quarterbacks in most projections systems, positions 4-10 are only separated by 10-15 points at the most. Because of this, I’ll lean towards waiting until Rounds 8-12 to get my QB like I always do. There are two QB’s that stand out for me this year so far based on ADP value that I’ll get into below, but I’m confident that in 10 and 12-team leagues, everyone can land a great fantasy QB.

This article will be a first introduction into my thoughts about the QB position for fantasy. As we get deeper into the summer, I’ll always update my feelings on the position, as well as detailed player previews as I see fit.

For as long as I can remember, I always target my fantasy QB’s in the double digit rounds, usually as late as I can go. That’s the way I’m going to go this year once again, however, if by any chance I see QB’s flying off the board in the middle rounds, I’ll get aggressive to target Jared Goff. Right now, his ADP is in the back end of the 8th round in 10-team leagues, but I could easily see him going in the 6th or 7th round in some 10 or 12-team leagues. I really like Goff this year mostly because I don’t see any signs of regression in the Rams offense in general under Sean McVay, and Goff should once again produce this year. But the main reason why I think he’ll do even better than last year (63.4 com%, 5,400 yards, 33 TD’s, 14 INT’s, 83.4 PFF grade) will be the return of Cooper Kupp to the offense. In 8 games with Kupp, Goff averaged 330 yards and 2.1 TD’s per game. Goff easily has the skills and the weapons to return an eighth-round value.

When the Cowboys lost both Dez Bryant and Jason Witten last year, Prescott struggled; he was the 24th QB in fantasy before Week 8. However, I don’t think people remember how good Prescott became once Amari Cooper’s plane landed in Texas. With Cooper on the team starting in Week 9 onwards, Prescott was the 6th-best QB in fantasy. If you take his production from weeks 9-16 and stretch them out over a full 16 weeks, Prescott comes in with 4,305 yards and 32 total TD’s. With a full year of Amari Cooper, another season with Michael Gallup, the addition of Randall Cobb, and Jason Witten coming out of retirement, I’m really excited to see what Prescott can do in 2019.

Here’s the deal with Lamar Jackson: Since he was named the Ravens’ starter in Week 11 until the end of the year, he ranked 25th in pass attempts, and 30th in passer rating. However, he was also the 8th-best QB in fantasy during that stretch. Why? Well, because of his rushing prowess. Thanks to his 695 rushing yards, 5 rush TD’s and 43.4 yards/game, Jackson was able to stay fantasy relevant thanks despite his poor throwing numbers. Looking ahead to this year, I don’t expect any regression in his rushing attempts or success, but I do believe that his passing numbers will get better, as well as the Ravens offense as a whole in the 2019 season. Thanks to a revamped offense under new OC Greg Roman, the addition of Mark Ingram into the backfield, and exciting new rookie receiver Marquise “Hollywood” Brown. These two additions should help Jackson in the offense and in fantasy, I’ll gladly take Jackson in the 13th or 14th round as a low-end QB1 or as a backup.

Quarterbacks I’ll Stay Away From

First off, I’ll never take a QB in the 3rd round. It’s always way too early for me, and because there is such depth at the position almost every season, especially this upcoming one, I never want to take a QB until the middle-to-late rounds of a fantasy draft. Second, it’s almost impossible for Mahomes to repeat, or play even better than he did last season. It’s going to be really tough for him to throw for 5,000 yards, 50 TD’s and a 8.6% TD passing rate again. Those are insane numbers, and it’s going to be nearly impossible for him to repeat it with Kareem Hunt out of the offense, and the likely absence of Tyreek Hill. Sure, Mahomes will still have Kelce and Sammy Watkins, but we can’t ignore what Hill brought in the passing game, and how Mahomes would never have gotten those numbers without him. I can’t see myself drafting Mahomes this year.

I really want to like Watson, I really do. But I just can’t ignore how poor their offensive line is, and my own negative feelings towards Bill O’Brien. When it comes to their O-Line, it doesn’t look like the Texans improved at all over the offseason. Sure, they drafted a few pieces here and there, but a lot of their draft picks, especially Washington State OT Andre Dillard, all seemed like big reaches. Watson got sacked a career-high 62 times last season, and it doesn’t seem like they’re making any major strides to lower that number besides crossing their fingers and praying. As for the Texans’ offense, I don’t see how Bill O’Brien has made any additions or adjustments over the off-season that’ll help his offense improve in 2019, a unit that ranked 25th in Football Outsiders’ offensive DVOA. I see a lot of regression heading Watson’s way and I don’t think I’ll spend a 6th-round pick on him as of now.

I’m grouping together Cousins and Stafford only because I think they’re in similar situations. Both Quarterbacks are in systems that seem to want to run the ball more in the coming year. While that’s not necessarily a sign of the apocalypse, I just don’t like any imposed ceiling on production that we can expect from our QB’s, so I won’t be actively targeting Cousins or Stafford as a result.

I have no problem if owners want to pass on Mahomes, but don’t want to wait too long for a Goff or Prescott. Between rounds 4-7, you could grab one of Andrew Luck, Baker Mayfield, Drew Brees, Aaron Rodgers, Russell Wilson, or Matt Ryan. I don’t have any complaints with these players (although I’m not totally sold on Rodgers or Wilson just yet), but again, because I think that about 5-10 points separate Mayfield and Luck from Drew Brees and Russell Wilson, and 10-15 points between them and Jared Goff or Matt Ryan, I would rather wait a few rounds later for Goff and grab an extra RB, WR or TE. But you won’t hear me complain about any of the rest of these names. They’re all great QB1’s and will be the stable of any fantasy team in the fall.