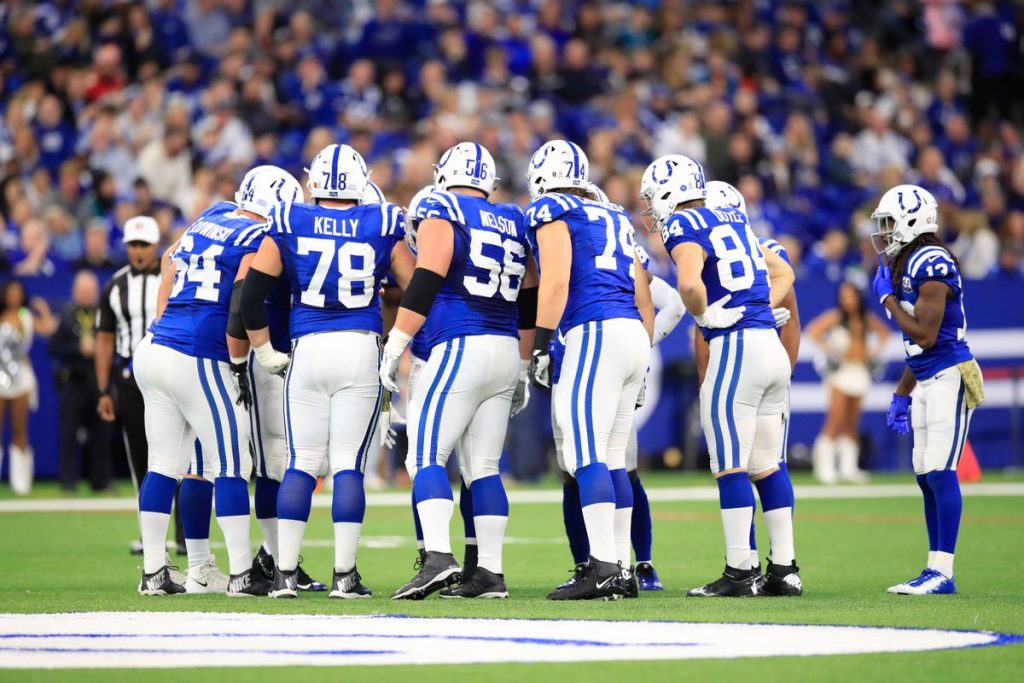 Offensive lines won’t exactly make or break fantasy seasons for players; it’s always possible for teams to produce on offense even with a sub-par group up front. However, it’s important to take note of which units have succeeded and which have failed in helping keep their QB’s clean, and create gaps for running backs to accelerate through.

This article will do just that, so here are some of the best and worst offensive lines in football heading into 2019.

Four Saints O-Line starters receiving Pro Bowl invitations last season, and the only man left out, Ryan Ramczyk, was selected as a Second-Team All-Pro. Last season, the New Orleans O-Line finished 4th in adjusted sack rate, 2nd in adjusted line yards, 1st in QB hits allowed, 1st in O-Line penalties, and 2nd in total sacks allowed. Thanks in part to this fantastic unit, Drew Brees was able to set the NFL record for completion percentage. It stinks that Max Unger retired at the end of last season, but this is still a fantastic unit, and it’s a big reason why I think Alvin Kamara will finish as the best RB in fantasy at the end of this season. We aren’t shying away from any of the Saints in fantasy this season.

In 2018, the Steelers ranked 4th in adjusted sack rate, 3rd in fewest penalties allowed. They’ve also finished in the top half of the NFL in adjusted sack rate for seven straight seasons, with finishes of eighth, fourth, first, and fourth since 2015. While they will be undergoing some personnel change, with the departure of Marcus Gilbert, this is still one of the best offensive lines in football. There is no question that they’ve extended the career of Big Ben, and the Steelers will continue to produce both on the field, and in the fantasy world.

When LT Anthony Castonzo returned in Week 6, and the rest of the line finally gelled with rookies Quenton Nelson and Braden Smith, the Colts went from 1-4 to 9-2 the rest of the season, secured a playoff burth, and the running game averaged 125+ yards a game. Despite a season plagued with injuries, the Colts still finished 2nd in adjusted sack rate, and fourth in adjusted line yards. This unit should get only better with full health heading into this season, and I’m a big fan of every Colt in fantasy.

The Bears have had a lot of continuity on their O-Line, with 4 members of their unit playing since 2016. While they haven’t done a great job in the adjusted line yards department, ranking 28th in the NFL, they have done a great job of keeping Mitch Trubisky clean, ranking in the Top-5 in total QB hits allowed. This unit should continue to gel and perform even better in 2019, and like last year, I still like this offense behind this line, and under Matt Nagy.

Despite desperately needing a tackle or guard in the 1st round of the NFL Draft, the Dolphins decided to trade back for 2020 picks and Josh Rosen. It’s a general step in the right direction, but Rosen/Fitzpatrick has to play behind an offensive line that allowed a 10.5% adjusted sack rate, the second-worst rate in the entire NFL. This is a very inexperienced unit when it comes to pass blocking, something they’re gonna have to do if they have to play from behind, which is looking pretty likely at this point.

Well, you can’t say the Bills haven’t tried to fix things heading into this season with their offensive line. Since February, Buffalo has added seven offensive linemen to their roster. We might see a completely new unit in 2019, which may not be a bad thing. I will say, it’s a gamble bold enough to work, and the Bills O-Line can’t go anywhere but up in 2019. If I could focus on one aspect of this unit, it would have to be creating lanes for their RB’s. Last season, their 3.89 Adjusted Line Yards ranked 30th in the NFL, which definitely contributed to a franchise record-low 77.3 rushing yards per game (by their running backs). Regardless of this major shake-up, I want to see some progress in their run-blocking before I start to feel confident about the backfield for fantasy purposes.

The Bucs, unlike the Bills, have continuity heading into this season. However, like the Bills, they can’t run or pass-block if their lives counted on it. In 2018, the Buccaneer’s 3.78 Adjusted Line Yards ranked 31st in the league. With no added talent coming out of the draft, it’s gonna be the same unit heading into this season, and a tough job for Bruce Arians to get this offense the way he wants it. However, if there is one unit to make a leap forward this season, I think it could be the Bucs.

In 2018, the Cardinals offensive line finished 26th in Adjusted Sack Rate and 25th in Adjusted Line Yards. Well, things will get way better under Kliff Kingsbury, right? Well, in the past decade, Texas Tech has had one offensive lineman drafted into the NFL. Over the course of Kingsbury’s six years as head coach, the Red Raiders’ sack rate allowed ranked 4th-lowest in DI college football. There is some reason to be optimistic, as Kingsbury has been able to develop schemes to keep his QB’s clean, but I think this stat is pretty insane. I would say it’s likely that Kyler Murray will see more pressure than he did in Oklahoma.